2020 is a year like no other for fantasy football coaches. With the recent changes in the AFL fixture, it’s required the makers of AFLFantasy, DreamTeam and SuperCoach to adapt to how the game is played. Here’s a summary of what each format has said and the changes to the formats.

Firstly, a massive thank you to those running formats. It isn’t an easy task! I know not everybody will agree or like the changes and that’s fine. Everyone is entitled to a perspective. What every person among the fantasy community can agree on is that we are thankful for is that you desire to deliver the games for us to play. In a year that has brought plenty of hardships, loss, disappointments and life changes. The ability to play fantasy football every weekend has been one of the few things that have helped bring some stability and normality to a crazy year. So again, thank you for letting us have this one nice thing.

A plethora of trades will now be available. SuperCoaches now have a total of 34 (increased from 30). Coaches will also have greater flexibility of when these can be made. During round 9-12 trades you will be able to make a maximum of three per week.

In addition to changes to the number of trades, SuperCoach will resort to a ‘Best 18’ scoring system for bye rounds (Round 10 and 11). Only players on the field will be eligible and should you have more than 18 players available in any given week. Only the top 18 scoring players will be counted.

Three trades will be available, use them or lose them, for every round for the remainder of the season in Fantasy Classic. This has taken effect immediately. No announcement has been made (yet) about reducing the number of on-field players (e.g. Best 18) during rounds 10 and 11 or about a rolling lockout. However, both have also been proposed with other things, and an announcement is expected soon.

To assist with byes, short turnarounds and potential for resting players, you’ll be able to make up to THREE trades ahead of each of Rounds 9 to 12. With one extra trade available to use in these rounds, we’re adding FOUR additional trades to the season total, now up to 28.

BEST 18 SCORING will apply to bye-affected Rounds 10 (Fremantle, West Coast, Carlton & Hawthorn bye) and Round 11 (Sydney and GWS bye). DreamTeam take a similar approach with additional trades and Best 18 scoring for future rounds where byes apply and/or we have additional compressed fixtures. We’ll confirm and make relevant announcements as fixtures are released.

Final Notes from SuperCoach and DreamTeam

While yet to be confirmed, we now expect that an 18th round will be added to the schedule (previously 17 rounds) to make up for each team having a bye. As such, additional changes may be made to trade numbers and league H2H schedules/finals series timings. Further decisions and announcements on league schedules as more information becomes available in the coming weeks. 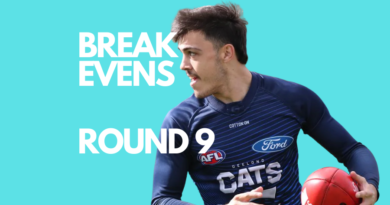 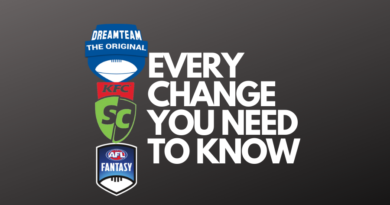 Every SuperCoach, AFLFantasy and DreamTeam Change for 2020 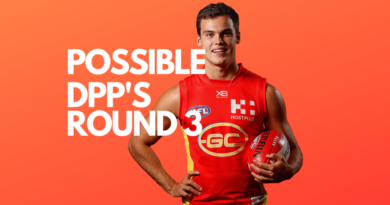