Every year UltimateFooty reveal an additional group of Dual Position players which is in extension to the changes handed down by champion data. Let’s take a look through the fourteen additional players and their relevance to your UltimateFooty Drafts.

It’s not a flashy addition, but a fair one. Chris Mayne is now available in your backline. Last year pretty much since coming back from injury in round 8 he’s found a home as part of the Magpies defensive six. The defensive pressure that served him well over his career first as a forward, then as a wingman has translated into him applying plenty of defensive pressure when the ball comes into the oppositions forward 50.

The Dons have reshuffled their midfield rotations, and in doing so, it’s seen the former Anzac Day medallist spend his time starting half-back and then being used to push up the ground and between the arcs.

Over the final two months off the season as he played through this role his scoring ceiling dried right up. He had only one score over 90 (107) during this time. Due to the status allocation, he’s now slightly relevant again. Just!

I like this decision from the boffins at UltimateFooty. Was used higher up the ground when the GWS injury curse hit it’s sickening low last year. Does he return to the backline or will the club continue to use his exquisite ball use of the wings? Time will tell. Now available in our backline you can build a case that he could push inside the ranks as a top 30 option.

An obvious move as across the year Matt became part of the Essendon backline. However, even with the eligibility of back status, he’s probably not someone you’ll be picking up. A seasonal average of 56 is something you don’t want to be associated with your team.

Of all the DPP inclusions we have, the decision to award back status to the former #1 draft pick is probably the biggest. He struggled for games at the Adelaide Crows, however, in the final few games, he did play he was trialled across half-back. This in addition to the fact new coach Matthew Nicks has said they will use him across half-back, is enough for UF to award the position.

The potential positive for coaches here is that he’s played this role before and scored very well. In 2011 at Carlton he scored 13 tons for an average of 107. Numbers like that would see him challenge Jake Lloyd as the top back of the year.

Rated just outside the top 20 backs on average Bryce Gibbs is a game change on your draft boards in the backline and your ranks do need to be adjusted.

The Sydney forward was given some opportunities down back late last year to help cover the key defensive injury crisis of 2019. He’s developing nicely as a key position player and Swans fans can see the potential. However, coming into the year with an average of sub 50, even with a positional addition he’s unlikely to find many suitors.

As a midfielder, he’s a dime a dozen pick that would have been used to finish your bench off. Now Rory Atkins becomes very relevant eligible for selection in our backline. An average of 81.4 last season now sees him ranked just outside the top twenty. He’s currently rated (based on previous years numbers) ahead of Luke Ryan, Hunter Clark and teammate Wayne Milera.

Rucks, UF considered anyone who was a second ruckman amassing 5-10 hitouts regularly.
Rather than a player by player comment, we thought we’d make a generic comment about all of the new ruck eligible selections.
None of these inclusions should be pushing for an R1 spot in your side. However, if your draft teams require two on-field rucks, then these inclusions will add significant value to you.
For shallower leagues, they just provide added flexibility on as a bench option.

If he’d stayed as a centre available option only there was every chance the former rising star winner would stay undrafted in your league. Now as a forward the forever mid 70’s average he delivers means he’s at least worth a late-round pick up on the draft day.
Keep an eye on his role at Sydney, if he can get into some midfield rotations he is certainly worth a stash on your bench if nothing else.

Chances are if your selecting OskarBaker you are probably scraping too deep in the forward line barrel. Every chance he’s not in the Demons best 22. Regardless, as a DPP forward he at least is someone that might see the light of day in some draft boards. Join with me in praying for those leagues. 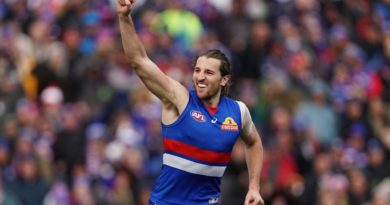 10 Players that stood out in the Marsh Series | Week One

Week one of the Marsh Community Series has wrapped up. We’ve had 5 games, with 10 teams play. It’s time 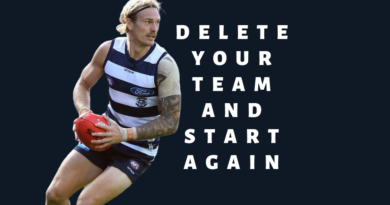 Delete Your Team And Start Again

Clear the decks, don’t save any remnant of it, do whatever you can and delete the team from existence. I know it feels like you’ve struck upon fantasy utopia and eliminating the team now will undo months of hard work. Now is the time to delete your team and start again. 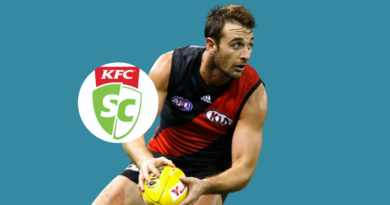 We’ve decided to look at who I believe has been the best SuperCoach performer from each AFL club over the past ten years. Here’s who I believe it is for the Bombers