I am anchoring my defensive line with Jake Lloyd. His scoring late last year slowed, but over the previous two seasons, he has shown that if you go against him, he can take a season away from you quickly. James Sicily current holds down D2 as ai believe he presents value. However, I have the cash to move him into Zac Williams or Rory Laird should I wish to make the change. Sam Docherty is far from a certainty, but right now it seems riskier to go against him that to start him. While Doedee, Hill and Roberton have all featured in the 50 Most Relevant to date, read the articles if you want a more extended take on why they are picked lol.

Will Gould and Trent Rivers at this early stage of the preseason appear to be pushing hard for early games. They’ll no doubt change should stronger cows appear.

I am starting with four premium guns who are all captaincy options every week. Jackson Macrae and Lachie Neale have had seasons that speak for themselves last year. While I see some value in the selection of Stephen Coniglio and Patrick Dangerfield, Matt Rowell should he get anywhere near that year of Sam Walsh will prove value. However, as I wrote about earlier in the preseason if more cows appear at a lower price with a similar security, I will move him on. I think Marlion Pickett and Mitch Hibberd if fit into their sides best 22. Jeremy Sharp, Ned Mchenry and even Devon Roberton should all be pushing for selection early. Aiden Bonar is one player I’m fascinated by. If the role is right, then the scoring potential could be huge, he’s also capable of being an absolute bust. So for now, he’s a place holder, and the spot is his to fight to keep.

It’s a pretty stock standard team in this line. Brodie Grundy and Max Gawn are tough to go against. They are the two highest averaging players of 2019, and I can’t forecast any reason they decline. That said, I’m far from locked with starting both of them, and I’ll certainly be keeping an eye on some cheaper rucks like Nic Naitanui, Sean Darcy, Tim English and Sam Jacobs.

It’s a popular 1-2 combination with Lachie Whitfield and Dustin Martin holding down the premium spots. With so many questions in the forward line, I don’t have the confidence (or salary cap) to go for a big name. Both Devon Smith and Jack Steven if they get the midfield minutes both should return value on investment. Then the cash cows of Rankine, Flanders, King and Frampton should all get plenty of games early with their respective clubs. 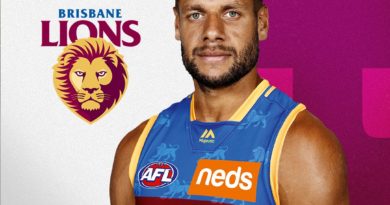 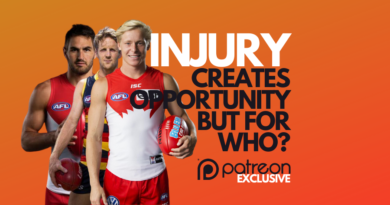 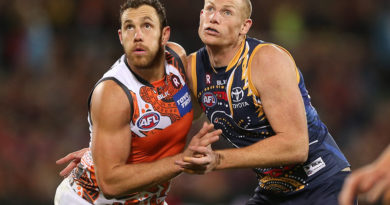