In the final DPP opportunity of the year, nine players have gained an additional position; four players have gained back status, one gaining centre, one ruck addition while four have picked up forward status. Let’s look at who they are and the relevance to your draft sides and leagues.

For some, this could come as a surprise addition but pretty much since coming back from injury in round 8 he’s found a home as part of the Magpies defensive six. The defensive pressure that served him well over his career first as a forward, then as a wingman has translated into him applying plenty of defensive pressure when the ball comes into the oppositions forward 50. Since coming back from injury he’s had just two of his seven games where his scores dropped below 80, and if that trend can continue for the final few months of the season he’ll find himself from a fringe centre who’s needed only to cover injuries and suspensions to a guy worth rounding out your defensive unit.

The Dons have reshuffled their midfield rotations and in doing so it’s seen the former Anzac Day medallist spend his time starting off half-back and then being used to push up the ground and between the arcs. A seasonal average of 88 does place him in an upper bracket of backs, however for what it’s worth since moving into the defensive role his scores have been 81, 83, 85, 88 & 86. Consistency plus, but his ceiling for scores seem to have been capped with this new role.

While fellow draftees Connor Rozee and Sam Walsh have been getting plenty of accolades as future stars of the AFL from last years draft crop don’t discount the body of work Jack Lukosius is putting together. To be clear, he’s not a prayers chance of being the Rising Star this year, but he’s developing nicely as a player. Recently the Suns have started to use him as a swingman able to play forward and back, and last week it was on display the most with his role on Sydney’s Nick Blakey. He holds value in keeper and dynasty leagues, but shouldn’t be even on your watchlist in a seasonal league.

This is probably one of if not the big gains for drafts this time round. Earlier in the year Jordan was rotating between half forward and midfield, however, over the past month (since round 11 against the Cats) he’s been the driving force of the Swans defensive unit. Over the past four weeks, Sydney has used him as the primary distributor of the ball out of defensive fifty with him having 16 rebound fifties in that time. A seasonal average of 83 isn’t anything crazy as a midfielder, however as a backman that places him inside the top 25 averaging players. Coming off the back of a 96 & 107 owners will be hoping this new role keeps his scoring high.

When a player gains centre rarely does it boost their relevance for coaches, and it’s the same in Jordan’s case. Clark will be a long term star of the future and is a currently high-value proposition in keeper and dynasty leagues but for single seasons his value is as a back eligible player. The team at UltimateFooty have got this one bang on, with him spending more time across the wing since the return of Zach Tuohy.

Hugh’s always spent plenty of time inside forward fifty for the Crows. On countless times over the past 2 & 1/2 seasons, he’s taken game saving (or winning) contested pack marks. Greenwood is also strong contested ball winner and does do some of his best work inside the stoppages, but with Tom Lynch missing through injury the past month the Crows have opted to use Hugh almost exclusively as a forward. Four of his past five scores have been 83 or above and if he is to gain FWD status it makes his transition from being a bench cover midfielder to being an on-field scoring forward and as such his draft relevance boost dramatically. A squad boost for current owners.

A seasonal average of under 60 and just one score over 80 in 11 matches gives me know confidence that even this DPP addition will make him of any value to your side. Chances are Dougal is available on in the player market and that’s exactly where he should stay.

Since his debut three weeks ago as a Saint, he’s found himself at home predominantly inside the Saints forward fifty. His goal sense and speed have made him a valuable asset to the structure of the side. Averaging just on 59 means he’s certainly not worth placing on your roster or using a waiver wire selection on, even in most sized keeper leagues.

The Western Bulldogs and their coaching staff are well known for their flexibility and that many players can be used in multiple positions. Over the past month to six weeks he’s become an important part of the dogs ball movement especially when it comes to delivering the ball inside forward 50. The B/F DPP is handy for squad versatility, especially if your strong in your backline and light for forwards, but for most coaches the value of Matthew will be that he’s a backman. 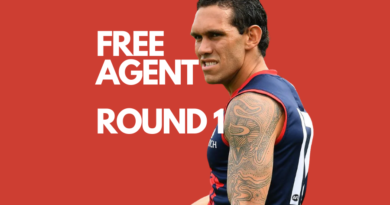 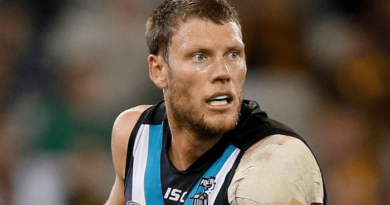 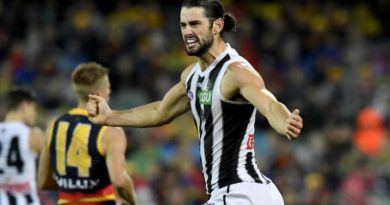 Ripe For The Picking | Round 6

What Do I Do with Matt Rowell?