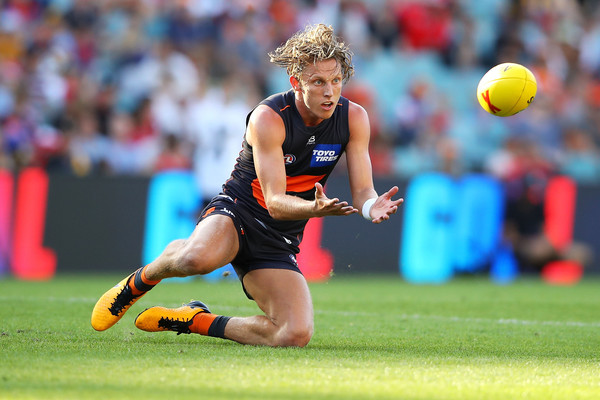 With just two rounds remaining in the 2019 fantasy footy season coaches focus is in one of three things. Firstly, you’re in contention for winning the overall rankings prize focussed on winning your league or you’ve already started to prepare for 2020.

In this article, we look at some players that have held down a specific positional status in 2019 but won’t have in 2020.

From the beginning of the preseason, it was obvious that Caleb was getting a role change at the kennel. The coaching staff love his poise and skills coming off the back flanks and his teammates all season have looked to get the ball in his hands as frequently as possible. He’s been one of the better forward options for us this season and could become even more valuable as a defender in 2020.

Like many of our top-scoring forward of the year, it’s been because of an increase in midfield time where the former skipper has moved back to an almost exclusive midfield role for Port Adelaide. This year he’s averaging 30 possessions a game, up from 21 and 22 the previous seasons.

Others may disagree, but I don’t see how Jack retains forward status next year. Especially since the bye, he’s playing the vast majority of game time on the wing and as such his scoring consistency has increased. The only negative is he’s probably too much midfield now to be a forward in 2020.

Playing as a pure midfielder… The simple choice here for champion data. Say farewell to one of the best forwards of the year.

Much like Tim Kelly above the Worpedo has enjoyed a breakout second season in the AFL and has thrived as a pure midfielder in 2019. While fantasy coaches and Hawks fans alike mourned the lost season for Tom Mitchell this year it did create the opportunity for Worpel to take greater midfield responsibility. We won’t be seeing this kid with DPP again anytime soon, he’s locked into the Hawks midfield unit now.

Really pretty simple explanation this one, since coming into the Saints team in round 2 he’s been the sole ruck at St Kilda all year. Say ‘bye’ to him as a forward, but hello to another ruck that can average over 100.

The first 6- 8 weeks of the year he was playing as a forward that would get the occasional midfield rotation. However, over the past few months, he’s been a lock inside the Bulldogs midfield and is one of the key reasons they find themselves currently inside the top 8.

This will be one of the easier selections for champion data in the offseason. This year he’s moved back into an identical role that the little master started his football career as which is a classy and creative small forward. Gaz is still getting some midfield minutes, so at best he’s a MID/FWD for us next year. This is a possibly relevant gain, especially in SuperCoach. The big question mark won’t be in that format will he average 90+, but rather will he play enough games to be a viable option?

Playing as an outside midfielder off the wing for Essendon. Sadly he hasn’t boomed yet as the fantasy player that keeper league owners especially would’ve liked.

Sadly injury has impacted his season, however throughout the preseason and early season we saw a clear role change. From wingman to this new role-playing from half-forward he looked very fantasy footy friendly. Between rounds 1-6 we saw him deliver multiple tons and had just one score under 90. One to keep an eye on as he could also pick up an injury impacted discount with him playing just 11 games this season.

This was a shock that he didn’t have it this year. The former Tiger barely played as a midfielder in the Yellow and Black and has spent his time as a bulldog much like at Richmond as a goal-kicking forward.

Once a pressure small forward, but the coaching staff at Gold Coast love his hardness and pressure inside the midfield. He’s been one of the most underrated forwards this year, but sadly next year he’ll just be a midfielder.

It was always only ever going to last one season. With the return of Zac Williams, Lachie moved right back into the midfield this year and is an absolute certainty to not be defensive eligible in 2020. However, he might be a sneaky chance to gain forward status, he spends a lot of the time starting at centre bounces inside forward 50 and then pushing up the ground. Depending on Champion Data’s selection criteria he might just be a surprise forward entry.

Depending on the AFL websites and social media accounts you follow it seems that Hugh is destined to depart the Crows and head for club able to give him some greater longer-term security. Regardless of where he plays his footy next season, he should be awarded forward status (possibly even M/F DPP) given the amount of time he replaced the role of an injured Tom Lynch in the Crows side. Watch which team he moves to (if any) especially if an inside midfield role is available he could be one of the most relevant fantasy players that change clubs in the trade period.

If it wasn’t for Sam Walsh he’d be the clear favourite for thew Rising Star award in 2019. The current DPP option though has been spending a majority of his time creating havoc inside the powers forward 50 and will not be defensive eligible next year.

In 2018 he was a developing star of the AFL as a key defender, however, for all of this year he’s been playing a lone hand as a forward target for much of 2019 inside the Dogs forward line.

With injuries down back constantly in 2018 and St Kilda brimming for tall forward options the move in the preseason was to take a developing tall forward and develop them into a defender. Battle was given the chance to prove himself early in the year and has thrived as a defender capable not just of locking down on opposition talls, but also intercepting possession to set up the Saints forward movements. Lock him in for a defender next year, and for SuperCoach draft players especially he’s one to watch.

7 SuperCoach Stars Getting No Love From Coaches