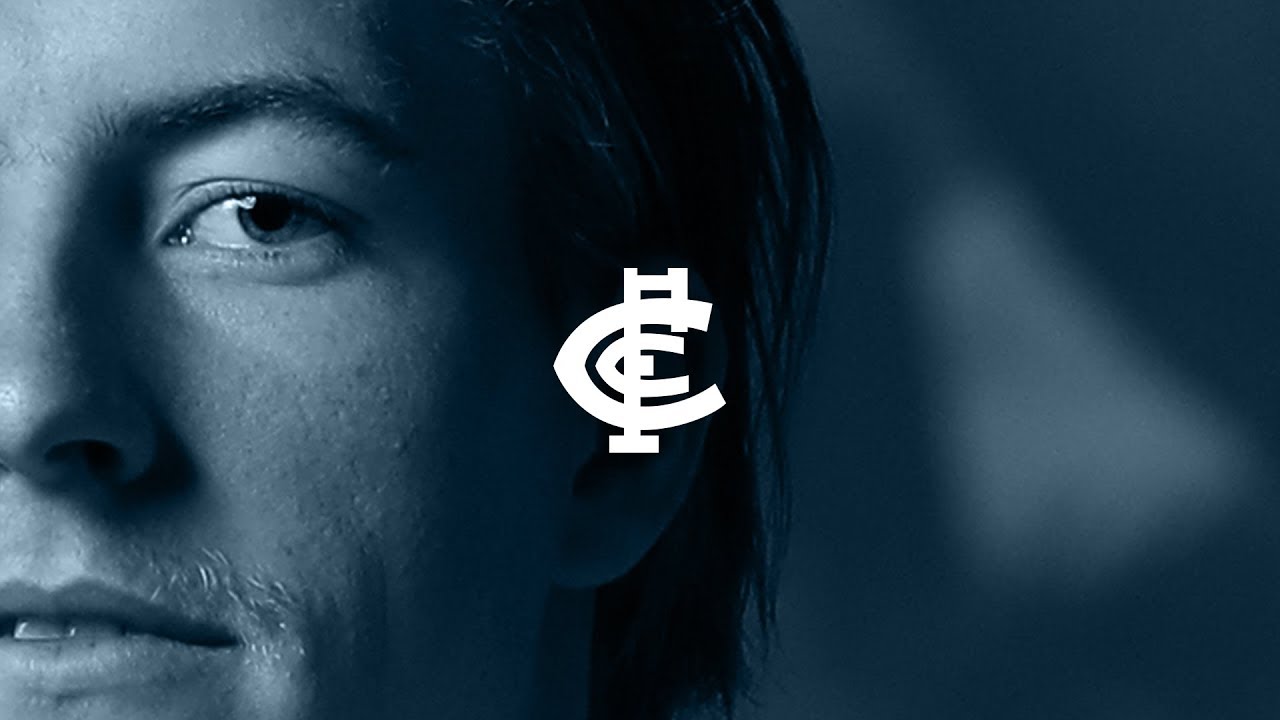 The talented Will Setterfield finally became part of the navy blues in 2019, and he now will add some physical presence and support for Patrick Cripps.

After joining the Giant’s academy as a teen, Will Setterfield was initially being bid on by Carlton in his draft season by was matched by GWS in the 2016 draft. Now that he has made it to Carlton he provides a long-term option for Carlton’s developing outfit.

He may only have two career games at AFL under his belt due to an unfortunate run with injuries. However, in his second match, he copped a heavy knock to the heard early in the third quarter causing him to miss the remainder of the game. In his AFL debut, he had 12 possessions, three marks & 6 tackles. However, Setterfield had shown promise, averaging 25 disposals, 4.7 clearances and 7.6 tackles across seven NEAFL games in 2017.

Entering into the 2018 season Will was again priced cheaply and looked to be a promising cash cow. Sadly thought Setterfield ruptured an anterior cruciate ligament during a practice match against the Swans which ended his season.

At under 18 levels, many talent scouts had compared him to Western Bulldogs star Marcus Bontempelli and even Fremantle’s David Mundy where his physical presence and composure was evident.

Something that can destroy the momentum of any fantasy coaches season is when their cash cow is in and out of the side and not consistently making money week in week out for 6-10 weeks. One of the great unknowns with many first and even some second-year players is their security to stay in the side week in week out. Who cares how good they can score, but if they’re not in the team, they won’t be making you any money. The strength of Will Setterfield is that he is safely inside Carlton’s best 22.

The other weapon as a cash cow which he possesses is the fact is he’s a dual position player and eligible both in the midfield and forward line. The DPP link opens up numerous opportunities both for on-field scoring flexibility b in the rolling lockout formats of the game where you can even more easily maximise on-field scores of cash cows by moving him (if needed) to the bench in either line.

The only real knock on Setterfield has been his body and his run of injuries across not just his time at AFL but even in his junior seasons. In 2014 he injured his patella and required surgery. The season following he missed the back half of the season with another knee injury. 2016 saw him suffer from a concussion, foot injury and injured his AC joint. 2017 saw his season interrupted with a reasonably major ankle injury and then last year he did his ACL.

He hasn’t had a faultless preseason, but over the past few weeks he’s entered into full training and will be ready to play in the JLT community series and barring any more setbacks is a certainty to debut for the Blues in round one.

He’s already one of the most highly owned players across all formats of the game and by round one I expect he could be the most popular cash cow across every format. I’m starting him everywhere, and I expect you probably are too.

I wouldn’t be opposed to the using one of the last few rounds selection in either a keeper or single season draft. The possibilities are substantial, and the risk at that position in the draft is not existent.