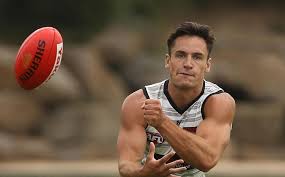 Mitch Hibberd has already spent time in the AFL system. In a new club and a midfield role available could he be one of the best cash cows of the season?

It’s the second chance he was hoping for. After playing four games for North Melbourne in 2017, the 23-year-old midfielder has made his way to the Essendon Football club via the rookie draft.

Hibberd booted ten goals and averaged 24.3 disposals and 6.9 tackles across his 20 games in the VFL. His season was topped off when he was awarded a spot on the wing in the VFL Team of the Year. From a fantasy perspective, he averaged 128 #SuperCoach and 99 #AFLFantasy points in the VFL.

During his season at Williamstown in the VFL, he provided valuable run as well as being a reliable first touch player who would regularly win the contested ball. Ever since the retirement of Jobe Watson, the bombers have been crying out for a contested ball winner inside the contest. Zach Merrett and Dylan Shiel are excellent, well-rounded midfielders. However, for the Bombers to be a genuine finals threat, they need some more inside support. Hibberd fits that bill perfectly!

Adrian Dodoro, the list and recruiting manager, had this to say on why he was brought into the club.

“Throughout this whole period we were looking for a ready-made inside midfielder, and we believe we have found one in Mitch. We believe Mitch’s impact on the side will be immediate.“

Hibberd played 4 AFL games for North back in 2017, two of those matches he played as a lockdown defender, another he was injured early in the game. However, in one game, we saw some positive signs. It may only be one game of data to observe, but it’s still better than what we get for most players under $200,000. In that game against Fremantle, he won 22 possessions, had seven marks and scored 74 in SuperCoach and 84 in AFLFantasy.

Given the list profile of the Essendon, you don’t recruit a player like Hibberd unless you expect him to play. The Dons list position is such where they feel they are contending for finals. With minimal access to top-end talent in the draft lately (thanks to the Shiel trade) they have decided to attack the state league for who they believe is the next best ready to fill a position in the list

Everything seemed to be aligning nicely for Mitch Hibberd until it all went pear-shaped at a recent training session. He suffered an injury at training which forced him to undergo knee surgery to repair the damage he sustained to his meniscus. Hibberd is expected to resume full training in six weeks. This will place him right on the edge of being ready in round one.

Even if he doesn’t start the year, he’ll be given a good crack at it during the season and will be one of the most popular rookie upgrades. At some point in the season Hibberd will be among the most popular owned rookies and if his VFL is anything to go by he should be a fantastic cash cow for fantasy coaches in all formats.

I wouldn’t be opposed to the using one of the last few rounds selection in either a keeper or single-season draft. Especially if he gets the midfield role the possibilities are sky high, and the risk at that position in the draft is not existent.