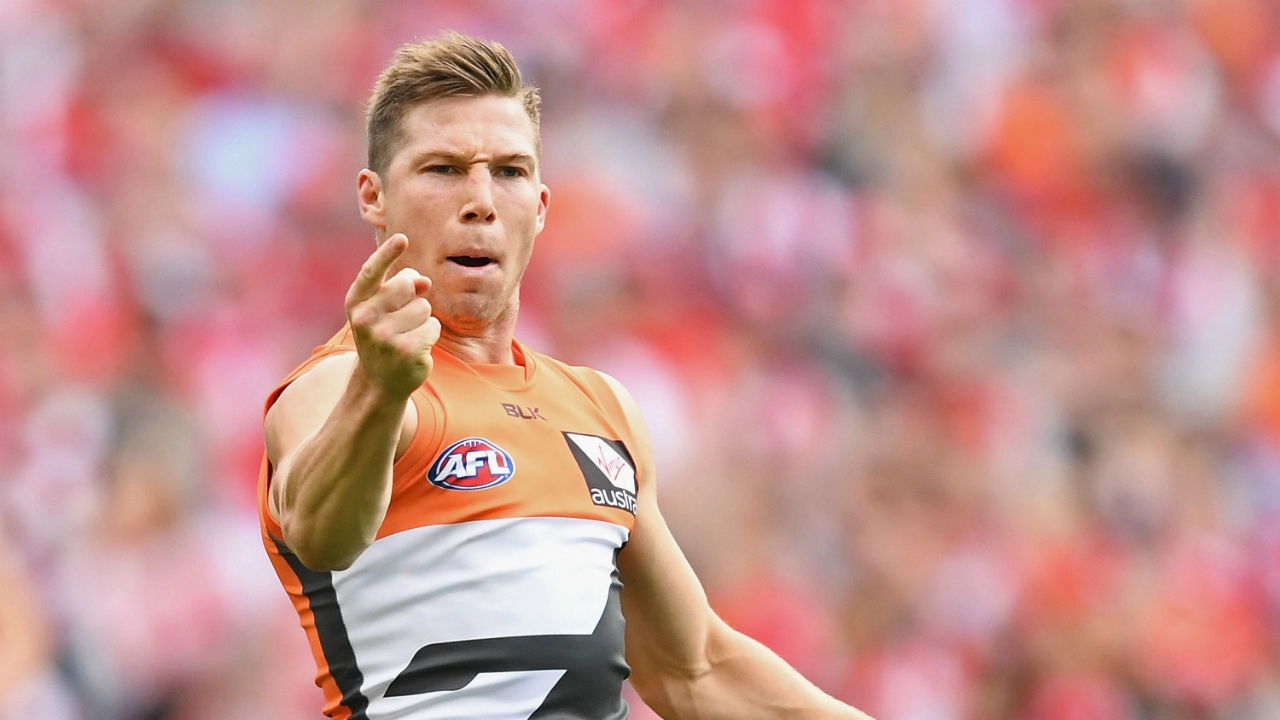 History suggests that he’s a safe forward to average over 90, the question is can he stay on the park enough to make him selection worthwhile?

After back2back seasons of averaging over 90 last year was a frustrating season for fantasy owners and for Toby Greene. A series of injuries stalled his season meaning outside of his round 1 performance against the Bulldogs has he managed a 110+ score across all formats and his second match of the year in round 4 match against the Dockers where he scored 90 there wasn’t much to celebrate. But let’s not forget what Greene can do when he does get out on the field.

In 2017 he played 16 of a possible 22 games and that year in AFLFantasy he averaged 91.4. That season he scored 100 or more in 4 matches and didn’t drop his scores below 72 all year. While in SuperCoach he averaged 96.1, registered 5 tons, one of which was a 127 and has a season lowest score of 70. Make sure you note how strong that average is off such a small number of hundreds, this illustrates to us that although he may not have a consistently high ceiling, his scoring basement will rarely cost you a matchup.

The year prior was just as strong from a fantasy footy perspective but significantly better regarding games played as he missed just the one game for the season. That year in SuperCoach he managed 10 tons, 3 of which were over 120 and a seasonal average of 90.4. For AFLFantasy/DreamTeam he posted 8 tons and an average of 92.7

Due to missing multiple games last season, he’s been awarded a discount in SuperCoach/DreamTeam, and he’s now priced alongside others with an average in the mid-’60s. Meaning-based on his past scoring history, he’s 25 points per game beneath his possible 90. In AFLFantasy they’ve chosen not to price him at his 2018 scoring average, so given players like Chad Wingard, Blake Acres, Christian Petracca and Michael Walters are all priced cheaper than him his ownership numbers will likely be quite low as fantasy coaches will probably select these options above him. The positive of not rating him around where his 2018 numbers place him means he should be unique if you start him.

Over the past 2 seasons, he’s found numerous ways of missing games from either suspension or injury. Unlike other players who have a consistent injury history, it always seems to be something different with Toby just last year it was an ankle and a hamstring injury that were the main culprits. While his past 2 years have been seeing him battling a number of injuries, it’s also worth noting that in 2015 & 2016 he played 43 of a possible 44 games. As we look at 2019 while still not back into a full training program this preseason, he’s been doing extra running loads to catch up on some of the missed preseason work.

If his history of missing games is the major obstacle to you selecting him then as such, I believe Toby Greene is someone you either have in your starting squads or not at all someone you look like an upgrade target. Even if he flies out of the gate averaging 95+ over the first eight weeks the reason you chose not to start him will remain the same. That being the likelihood of missing games has not changed even if he’s scoring ‘over’ your expectation. In fact the longer he goes without missing games, based on history the higher the likelihood of him missing games will increase. Yes, history isn’t always a matter of fact repeating, we’ve spoken at length this preseason about players that have a lousy history shouldn’t deter you from selecting them, but rather that you can choose them but do so knowing the possible risk associated.

He presents plenty of value given historically he’s a safe 90 average forward, this question that each coach must answer for themselves is the risk (missing games) higher than the reward (points based on price)? Once you can answer that for your different side, you’ll know if you’re starting or passing on Greene.

In SuperCoach I have him locked away and DreamTeam he presents a great value that I’m still considering him as an option. However, for AFLFantasy I have no interest in selecting him, I don’t see him as a top 10 forward in that format and others at a cheaper price offer a potentially more significant upside.

Based on scoring potential regardless of the format, you play a fit Toby Greene is a 90 average forward and because of that is a worthy F2 selection. This would place him as someone that would start going off the boards from about rounds 5-7 range. he has his injury concerns but I believe we’ll have plenty of value deep in the drafts this season for forwards so selecting a guy with high reward even with a teams 5th-7th pick is still worth it.