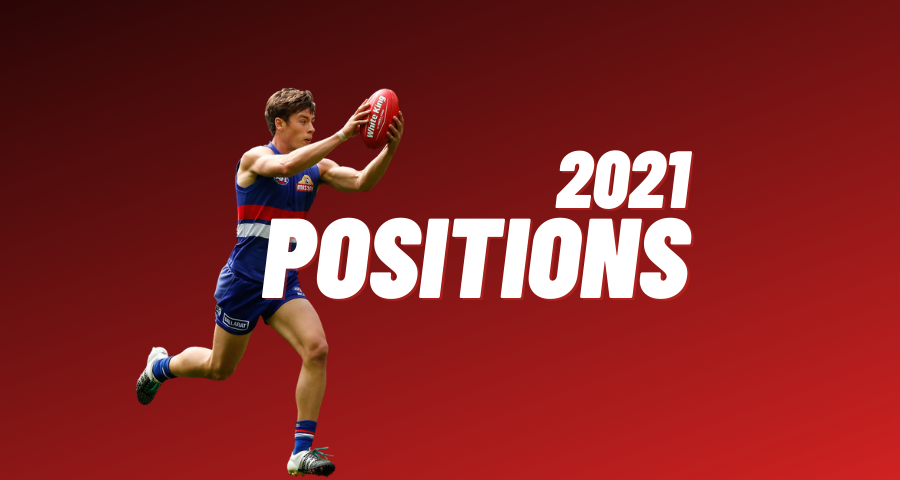 Christmas is here! Which means for SuperCoach, AFLFantasy & DreamTeam positions for the upcoming season have just been announced by Champion Data. While we have had some big player moves, it’s not all bad news.

No surprises but last seasons top tier forwards in Lachie Whitfield, Christian Petracca, Jy Simpkin, Andrew Brayshaw, Hugh Greenwood and Bailey Smith cannot be selected in the forward lines in 2021. In contrast, the likes of Dustin Martin, Michael Walters and Chad Wingard have all held onto forward eligibility.

As happens every season, while we lose some big forwards, we gain some. And arguably, we might find ourself in a stronger scoring line than last season. Steele Sidebottom, Patrick Dangerfield, Dayne Zorko and Josh Dunkley have picked up MID/FWD positional eligibility.

For all four players, it’s a return to this line having all once spent as least a season being allowed to be selected as a forward during their career.

The other big-name forward acquisition is St Kilda’s Rowan Marshall, who holds down the valuable RUC/FWD DPP. He was a star forward in 2019 and still should some scoring potential even with Patrick Ryder (RUC) in the side. Pairing Marshall with Adelaide’s top draft selection Riley Thilthorpe (RUC/FWD) looms as a popular early preseason move.

New Geelong wingman Issac Smith will be a popular selection in draft formats of the game with a newfound relevance as a MID/FWD. While Tom Phillips and young bomber Jye Caldwell both look as strong early-season stepping stones as MID/FWD options should they get the highly touted ‘more midfield time.’

In keeper leagues, Harry Schonberg (FWD) will see his value increase with a new position as will Zac Bailey (MID/FWD) and Deven Robertson (MID/FWD).

On the topic of drafts, old hands Tom Scully (M/F) and Nathan Jones (M/F) might still find a home on draft day with new DPP. While North skipper Jack Ziebell is still a forward and offers some value should he get himself fit and into the midfield.

The DPP flexibility will be there with our cash cows with new draftees as Caleb Poultor, Finlay Macrae, Brayden Cook, Elijah Hollands, Archie Perkins and Max Holmes all can be selected as MID/FWD options.

For the third consecutive season Lachie Whitfield has had a positional change. Two seasons ago he was a defender, while last year he held MID/FWD DPP. In 2021 he’s a single position player and is only available as a defender.

Rory Laird’s late-season burst through the midfield has seen him be MID/DEF for the first time in his career. His teammate in Brodie Smith has an identical position allocated. A combination of Laird, Lachie and Jake Lloyd (DEF) will be popular among many starting squads.

Some other potential top tier defenders that have held onto their status is Luke McDonald, Jack Lukosious, Luke Ryan, Jack Crisp and Jayden Short just to name a few. Sadly, we do farewell Adam Cerra (MID) from our back stocks for the upcoming season.

There was some hope amongst coaches that Devon Smith could pick up defensive status. However, the team at Champion Data have allocated him as a midfielder this year.

If you own Jordan Clark in a keeper league, he’s picked up DPP he’ll be eligible to be drafted either as a midfielder or a defender. Popular breakout candidate Hunter Clark has retained defender status while former first-round selection Liam Stocker is still available as a defender.

Finally, Adam Tomlinson could find himself picked up as a late-round draft day option now that he’s a DEF/MID.

Later next month the drafting format UltimateFooty will release a further round of new positions. To be clear, they will continue to use the soon the full list that AFLFantasy, SuperCoach and DreamTeam use as the basis of player positions. Meaning only those with a single positional status, e.g. Nat Fyfe (MID) would be eligible for gaining a secondary position.