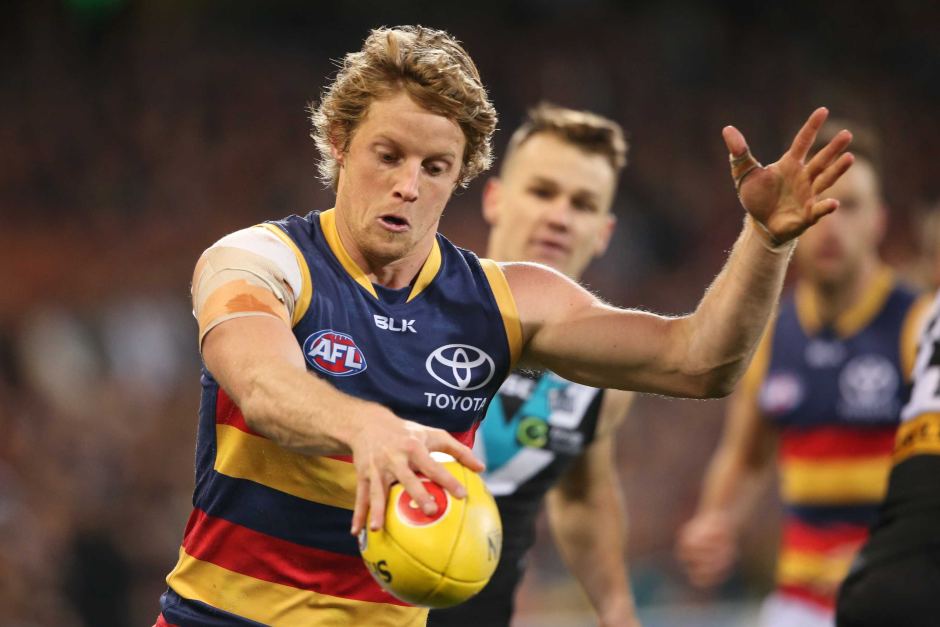 Injuries impacted Rory and the Crows 2018 season, but the bright-side of a down season is that he’s priced at his lowest average since 2011. Hello value town.

From a fantasy perspective, it was his worst season since 2011 when he was just 21 years old. The reason behind such a poor season was a foot injury he suffered during the Crows win against Richmond in round 2. Despite the injury, he went on to finish the game with a score of 115 AFLFantasy/DreamTeam and 141 SuperCoach points. He struggled his way through matches against St Kilda and Collingwood but after round 4 he wasn’t seen again until the round 15 clash against West Coast. From then on we started to see some scores that were familiar from the Crows vice-captain.

From his remaining 8 games of the season 6 times in AFLFantasy/DreamTeam, he scored 90+ including 3 scores over 106. While in SuperCoach he had just the one game where failed to score over 84 and had 4 hundred plus scores including 3 consecutive to end the year.

He’s previously been scoring high enough to be a top 10 midfielder in terms of the total points and given that we’re paying for someone who at his price isn’t inside the top 20-30 midfielders it screams huge potential value.

The big question mark on Sloane’s fantasy career is on how he handles a tag. Even last year his scores were impacted when an opposition midfielder tagged him. In his return from injury in round 15 Eagles midfielder Mark Hutchings limited his output to 14 possessions and a 68 in AFLFantasy/DreamTeam and 89 in SuperCoach. A month later Melbourne’s James Harmes slowed him to a score of 95 in AFLFantasy and 66 for SuperCoach and Brisbane’s Jarrod Berry had a similar impact restricting him to just 16 possessions and a score of 77 in AFLFantasy/DreamTeam and 84 in SuperCoach.

The fact is at some point that he will be tagged and it will dent his scoring for that week, however, if coaches are patient historically his low games will be balanced out by his big ceiling weeks. A few early tags like potentially in round 3 against Scott Selwood and round 4 against Ben Jacobs may be enough of a reason though to scare off a few coaches. However, matches Crows will be pencilling in to win against St Kilda, Gold Coast and Fremantle between round 5-7 may just level things back if Sloane gets off the leash.

The big difference between Sloane and others at his price point is that he’s a proven performer over a number of years and isn’t someone that offers unproven potential. He offers fantastic value based on the price investment and could very well be the 2019 version of Stephen Coniglio. By that I mean to be someone who’s averaged 100 before, offers value due to an injury impacted previous season and ends up being someone you keep as your final on-field midfielder. For mine, he’s a certain start for AFLFantasy and right in the mix for DreamTeam and SuperCoach.

Sloane presents some great value for his eventual owner in a draft, you should be able to pick him up in the place when drafting your MID 3, even the possibility of a M4 spot, but in he could push as high to become your MID 2 based on his potential output. He’ll still go inside the top 7-9 rounds but that’s still a few rounds later than where you’d have got him in previous seasons.