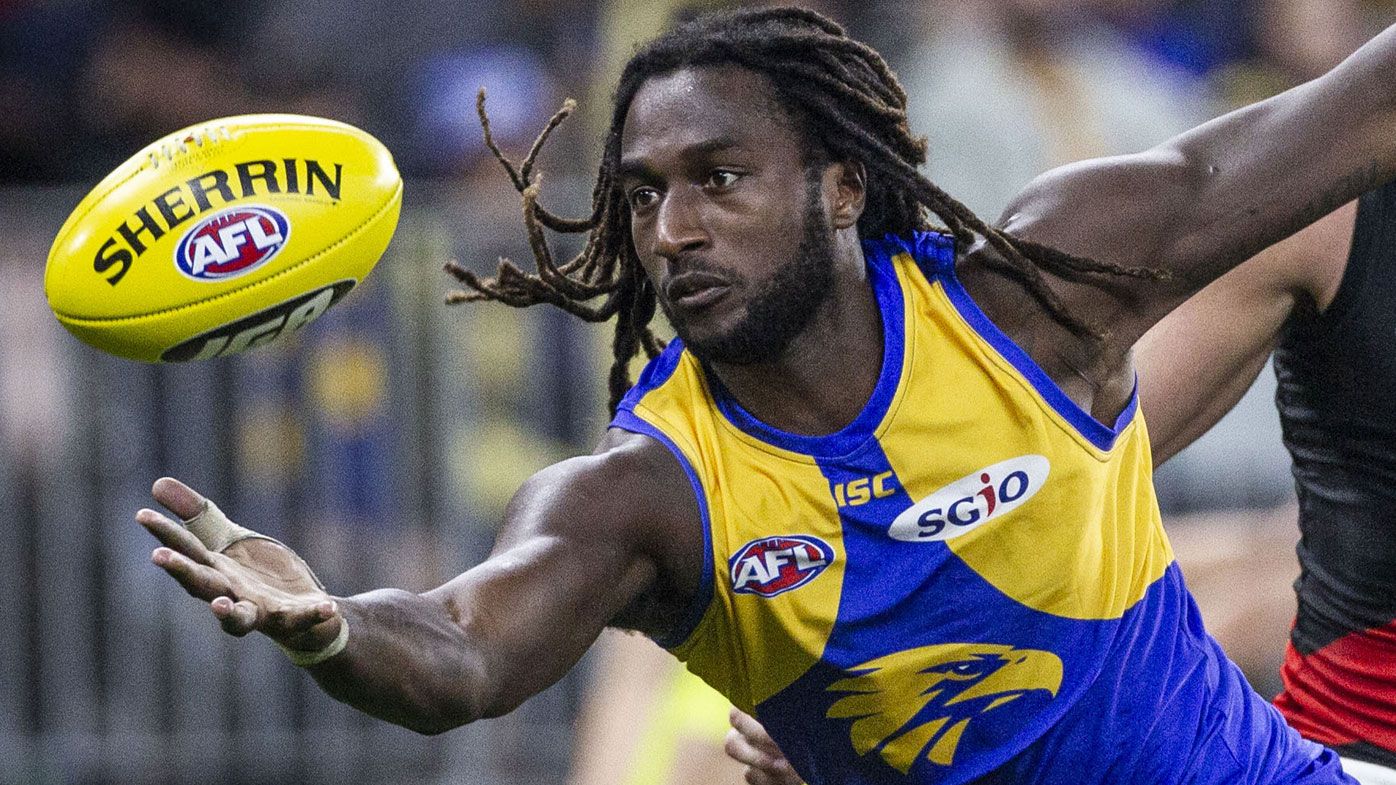 Injuries have been cruel to the West Coast Eagles ruckman. The one positive of another injury-interrupted season is we can get some supreme value for a proven performer.

In was 2011 and 2012 that were saw NicNat breakout as a fantasy footballer. Across both seasons he shared the ruck duties with Dean Cox and averaged 75 and 86 in AFLFantasy/DreamTeam and 93 & 113 in SuperCoach.

2015 and 2016 we started to see him at his consistent best when he took over the #1 ruck mantle. Across both seasons he averaged 88 and 84 in AFLFantasy/DreamTeam and 103 & 105 in SuperCoach. Throughout 2016 Nic battled through Achilles soreness for the first few months of the year. Just as the Eagles were preparing for finals, he did his knee in round 22 against the Hawks. This injury cost him the entirety of the 2017 AFL season.

His return game was round one 2018. It seemed as though NicNat was going to pick up just where he left off. He scored 113 in SuperCoach and 93 in AFLFantasy/DreamTeam against the Swans. The next 14 games he showed scoring promise until in round 17 against the Pies a second knee reconstruction (this time on the other knee) was required. If we were to remove the injury impacted game, he was averaging 83 in AFLFantasy including two tons and averaging 100 in SuperCoach and scored seven times over the century.

He returns against successfully from a knee injury in 2019 to play three games during the season but then got unlucky again with an ankle injury ruling him out until finals. He still managed to score well, averaging 72 in AFLFantasy and 94 in SuperCoach. While those numbers don’t scream ‘pick me’ this was done off incredibly low time of field. Over his five games (including finals) he averaged time on the ground of per game 56%. The highest time on the field for a single match was 62% in the semi-final loss to Geelong.

If NicNat is fit, he’ll score plenty of fantasy points. And at his price point, he provides substantial value, especially for SuperCoach. All signs do point to him being a reliable stepping stone ruck option if you choose not to start with two premium rucks.

His pricing is approximately $250,000 thousand cheaper than last seasons top two scoring rucks in Gawn and Grundy. That’s the equivalent pricing of being able to afford Matt Rowell. Since 2011 in SuperCoach he hasn’t had a season average dip below 90 and has three seasons where he has averaged 100 or more. If NicNat can deliver scores like that, that financial saving could create a significant difference to your starting side.

If you do choose to start him, you have a few things you’ll need to factor into the decision. Firstly, his durability is a concern. He’s played just 50% of home and away games over the past three seasons. It isn’t only his ACL injuries. He’s also missed big chunks of footy with an ankle injury and even an Achilles injury. You have to go back to 2010 for the last time he played every game in the season, meaning if you select him history suggests it’ll cost you either a trade or the need to have a playing R3.

Thankfully all the news coming out about Nic is more about is Michael Jordan tattoo rather than any new or lingering injury. Hopefully, for his sake as well as the football community that good news continues.

The durability for me isn’t the major detractor in selecting him. Instead, it’s the bye round the West Coast Eagles have. Likely top performers Max Gawn and Brodie Grundy yet again share the round 13 bye, meaning if you were choosing to start without one of them, you’d ideally be looking at a candidate from the round 14 bunch. Then post-bye, make the easy trade to select the other you opted to forgo. Sadly, Naitanui is not part of that bye round. Instead, he has the first multi bye round off in round 12.

By having this as his bye round, you would get an additional play-in round 13 through the ruck line. But honestly, unless Naitanui was scoring within a few points of the big boys scoring, you’d want to upgrade him by the time the bye rounds are completed.

For your team and structures, he might just be the perfect fit. I know I’ve spoken alot about him as more SuperCoach friendly. Still, he could be an excellent AFLFantasy starter if you’re looking to for just quick money-making experience before moving quickly to a safe 100+ averaging ruckmen. Currently, I’m seriously considering him in that format if he gets through the preseason fit.

Max Gawn and Brodie Grundy are still wildly considered the top two rucks again entering into 2020. Where NicNat goes will largely depend on the format you play. For AFLFantasy/DreamTeam he’s currently ranked outside of the top 20 rucks in the competition in terms of average score. If people draft based off rankings then he’ll get drafted, but will be among the later few picks towards the end of the ruck selections. Personally, I believe he’ll return good value for whoever selects him, but he’s not a top 5-8 scoring ruck.

It’s SuperCoach that he presents excellent value for drafters. Beyond Gawn and Grundy, Todd Goldstein is the clear #3 based off previous years numbers. Then you could build a case that NicNat sits in the next grouping including Reilly O’Brien, Jarrod Witts and Scott Lycett. Where he goes, will in part be dictated to if/when a run of rucks is selected.