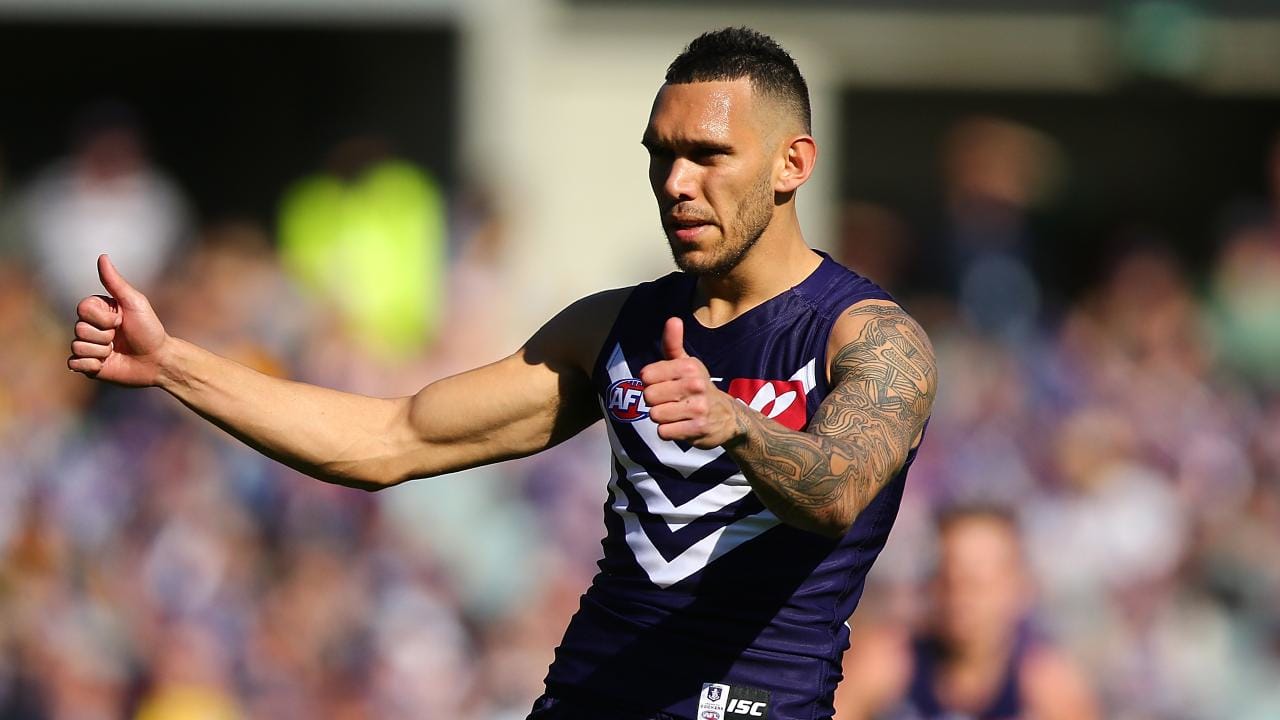 Welcome to the 50 Most Relevant list of 2019 where I look at who I believe are the most relevant players in all salary cap formats of the game. To kick off the 50 I’ve started with a potentially highly controversial selection in Fremantle’s Harley Bennell.

Harley Bennell is priced as a cash cow, make no mistake about it. When it comes to our money making cows there are two major concerns you have. Firstly, job security.  Something that can destroy the momentum of any fantasy coaches season is when their cash cow is in and out of the side and not consistently making money week in week out for 6-10 weeks. One of the great unknowns with many first and even some second year players is their security to stay in the side week in week out. Who cares how good they can score, but if they’re not in the team they won’t be making you any money.  The beauty of Bennell is if fit (yes it’s a big if I know) is that he’s clearly inside the Dockers best 22.

The second key with cash cows is scoring potential. No point selecting a guy who’s in the best 22 if he plays a role or shows limited potential to score north of 50 consistently. While it’s great to have a ‘pulse’ on your team a 35 every week won’t generate you any cash that gets you closer to upgrading your side. With Bennell, the scoring potential question is already spoken for. Just take back a look at his early career at the Gold Coast Suns.

For AFLFantasy and DreamTeam coaches between 2012-2015, his seasonal averages were between 84-92. For SuperCoach he’s actually averaged over 100 before in a season (2015) while the 3 seasons prior his lowest average was 95. Even in his debut season, he averaged in the high 60’s in every format, something that given his price point coaches in 2019 would gladly take.

Sometimes when we don’t see a player often we can forget the talent they possess, and talent is something Harley has in spades. At his best, Bennell is marvellous to watch with his class, skill and speed resulting in him showing glimpses that he can be one of the competitions most dangerous players.

At age 26 he still has (theoretically) plenty of years left in him, and if he can get his body even 80% back to it’s potential it’ll go a long way in helping the improvement of a Dockers midfield unit that is entirely built around Nat Fyfe.

Job Security (check), Scoring History (check), what’s the concern? Plain and simple, his body! Only once since entering into the AFL (back in 2011) has he played more than 15 matches in a season. It gets worse, since joining the Dockers he’s played just the 2 games in 3 seasons and both of those were the final 2 matches of the 2017 season. Time and time again throughout his career at Fremantle calf injuries have been more common than not. Even at he’s barely been sighted. His best return was 2018 where he had managed 11 games with an average of 15 disposals a game.

Here’s the thing, if he gets through the preseason relatively unscathed,  and plays some time through the midfield in the JLT matches, and is named round 1 can you select him? Absolutely, yes! You do not need him to play 22 games, not even 10-15. All you need from any cash cow is a 6-week window of consistent footy for you to be able to generate the cash you require. The best case scenario is he plays well beyond that and keeps scoring relatively well but by round 8 you can move him on to a premium of your choosing. Worst case scenario he does get injured mid game and cost you 30-40 points of possible scoring, makes you no money and requires a fix-up trade to a cash cow that you missed. If you’re OK with the reality of the risk the potential reward is more than worth it.

It requires plenty of ‘IF’s’ to happen, but for fantasy coaches, one of the worst things you can do in January is be closed in your opinions about a player especially one who’s shown he can seriously play. Fingers crossed we see him out there, I’d love to select Harley Bennell again in my side and hopefully, this is the year for him and us fantasy che!

In both a seasonal or keeper league Harley is someone that will largely go through and won’t be selected. For many, his injury history and even WAFL scoring numbers may deter many coaches from even seriously looking at him. For mine, depending on the depth of the draft squads I wouldn’t be opposed to using my final round selection on him in a draft. A fit Bennell is full of promise, and given most final picks in a draft get thrown out quickly to the waiver wire the possible upside and minimal risk is more than worth considering.