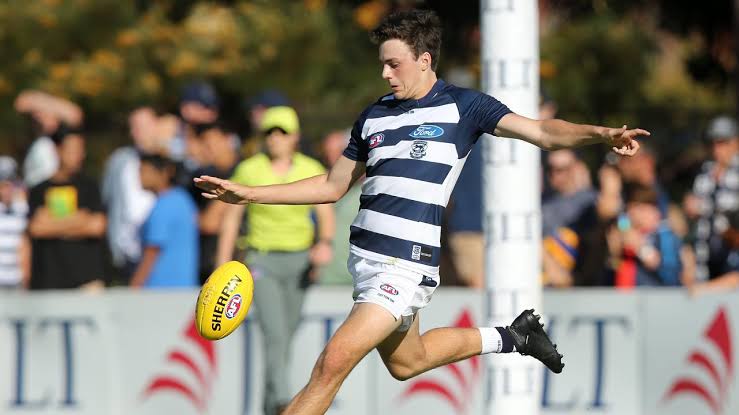 Buy low, Sell high! It’s the age old motto to succeed in Fantasy football of all formats. Every week we discuss the players with the lowest and the highest breakevens.

His JLT series matches showed he was a serious fantasy footballer and he more than delivered on that this week. If you don’t have him in your side, which a surprisingly large amount of coaches don’t, then this is your #1 priority. Plenty of more cash to be made from this cow.

Looked awesome through the Power midfield over the weekend attending thirteen centre bounces. With plenty of speculation that Ollie Wines may return as early as this week, we may see a decrease in his midfield moments, but I still expect him to score well. If he wasn’t on your field last week don’t make that mistake again, he’s good enough to be on the ground.

For his limited time on the ground, he was still one of the best for the Cats in the midfield. He more than belongs in the Cats best 22 and looks like he’ll be sticking around for many weeks to come. You can place him on the field with confidence.

The surprise packet of the round for cash cows given his strong debut efforts. If you’ve nailed the cash cows above and don’t have any midprice picks that need correcting, then you need to be actively looking to find ways to get Schultz into your fantasy side.

Small and key positions forwards will always have a considerable variation in their scoring, especially kids. That said, Parker was fantastic and provided the spark and XFactor the Saints have lacked for many seasons. If he was on the well-done field bank the points if you owned him the good news is you can pocket the cash generation.

As a junior Will showed, he was a more than a capable midfielder who is capable of winning the ball on the inside but also impacting outside as a midfielder. This week he was allowed to play less of a forward presence and much more time in the middle of the ground. Powell does have a great breakeven given his the price is just over $300K, but I’d think that with only two games in the AFL before this that he’s scored over 50 I wouldn’t have supreme confidence he’d go this well again. I’d instead go right down to a sub $220k option that has a better breakeven.

Surprised me that he got named, Corey is just fringe 22 player. With some changes likely after a poor performance against Port Wagner may well be one of the players that makes way.

Scored well with an 87 but given the hefty price tag is unlikely to match the cash generation of Scott, Drew, Constable etc. over the next month. That said if you own him you’ll be delighted with the round one returns and Walsh showed just glimpses of just how good a fantasy player and footballer he’ll be for a very long time.

Has generated $13k for the 12% of coaches that currently own him. Did some nice things in the game and looked to be getting the first crack at replacing Dylan Roberton as the intercepting defender who can also play tall. As a cheap defender with a relatively low breakeven, he could be the move coaches look to use for moving on Sam Collins if they have nothing else to do.

Did what was required as a small forward. Has already made coaches $13k, but another few sub 50 games in the next two weeks and he’ll struggle to get his cash generation near $100,000 and his total value over $300,000. If you down have him, I suggest looking for a better option higher on this list.

While Breakevens are available, given that prices change after three rounds we won’t be publishing the players with the highest or lowest breakevens.

While Breakevens are available, given that prices change after three rounds we won’t be publishing the players with the highest or lowest breakevens.