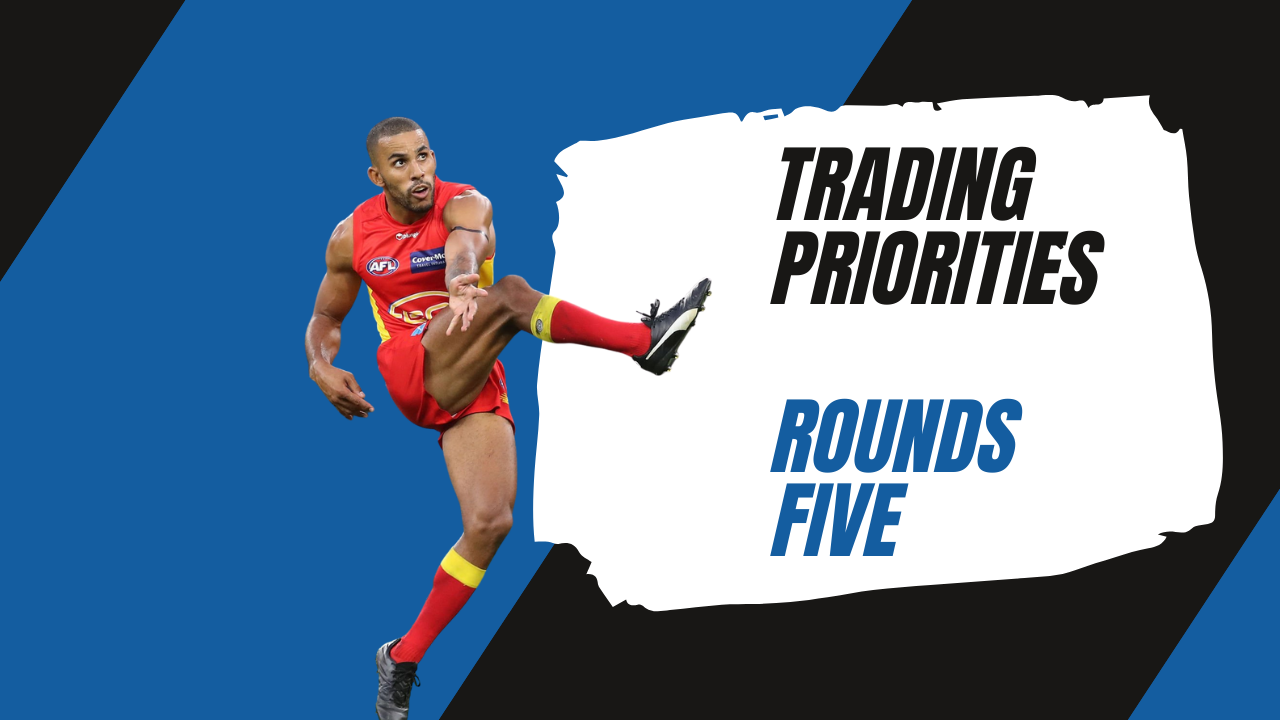 Good Friday fantasy footy friends! The round is already underway but there are still plenty of decisions and discussions that need to happen. Here are MJ’s weekly trade priorities.

At the end of this round, the first batch of additional DPP’s hit the game. For AFLFantasy coaches, you’d be well familiar with these inclusions’ game-changing impacts on a season. If you only play SuperCoach & DreamTeam, you are in for a heck of a ride! Earlier in the week, I predicted some of the gains we may get; you can see the list here. As you can see we’ve got some possible game-changers in the backline and forward lines. Be sure you’ve factored in the possible changes that could come into your trading this week. For example, if Nick Daicos does gain DEF status, you’d much prefer him at D6 over a Paddy McCartin. Especially if you could get a stronger on-field midfield cash cow option.

We Don’t Talk About Braydon

In the decade I’ve been creating fantasy footy content, I’ve never spoken about one player more in three months than Braydon Preuss. Mostly over these past few weeks, the community have vastly misunderstood why the Coaches Panel has been massive advocates for him. Too often, they’ve contrasted Preuss at R2 against the premium ruck like Max Gawn. But that’s an incomplete picture. In a straight one for one position, it should be Gawn winning out handsomely every single week.

However, it’s not the one V one. Instead, it’s Gawn and the cash cow at D/F6 and M8 vs Preuss and the likely premium you’ve been able to afford. So in all likelihood, you should be better off both from points on the field but also from a cash generation point of view.

The out of Preuss this week isn’t ideal. However, owners should have one of Hugh Dixon, Jack Hayes, and both to cover him. Remember, covering money made like Braydon for a week with a cow on the field is easier to digest than a premium like Patrick Cripps. If you play AFLFantasy and own both, maximise the utility position. Play Dixon at R3; if he scores below your par score, flip Preuss into the Utility position and play Hayes at R2. Conversely, if Dixon, who plays Friday night, scores well, you can activate Preuss at R2 as a captaincy loophole option if the VC fires for you.

The biggest discussion point of the week has been for the owners of Patrick Cripps. With Carlton’s cryptic messaging about how serious the hamstring injury is, coaches are torn between whether or not they should trade or hold. Before directing you on what to do, there are a few questions to help you know whether you should trade or hold?

They are simple questions, even elementary fantasy footy advice. But I’ve found often that the simplest questions can bring the most clarity. If, after all, you are still unsure, then I’d revert to this rule. When in doubt, trade them out. Just make sure it’s for someone you intend to hold for the season and not just a money-making move.

Keep in Mind the Byes

It might only be round five, but we’ll be working our way through the bye rounds in less than two months. While it might be too early to let the bye structure dictate your moves, it is a tool that can help with the plans and moves you intend to make over the coming weeks. With the fix-up trades of the past few weeks, you may have unintentionally ruined your team’s structure. So use this moment in time to recheck your structure and ensure that the plans you have in place are still right for you.