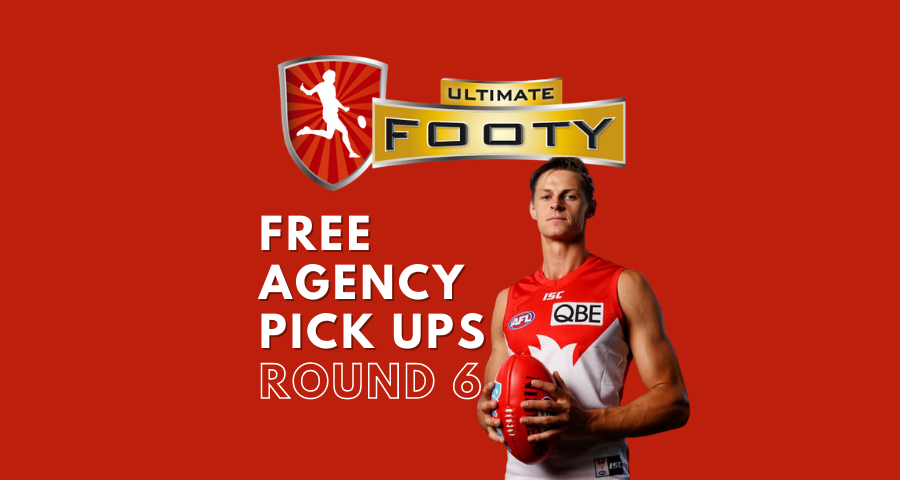 Just the one defender this week but I finally have a ruckman to talk about! Plus, a high-profile player traded during the off season that has yet to debut at his new club makes the list.

Redman has always seemed to play a fantasy friendly game but has only managed 38 games across his 5 years in the system. He has looked solid this season and is one of a few that have benefitted from Saad’s departure. After a disappointing 52 in round 1, Redman has backed it up with a 92, an injury affected 49 (from 39% game time!) and a 75 on the weekend. With Ridley set to miss this week, there’s going to be plenty more ball on offer for the likes of Redman.

The player with the highest average in 2020 (no seriously, he did only play the one game though) has found it tough to get into the Saints’ best 22 this season. The injection of Clark into the midfield and the arrival of Crouch from the Crows hasn’t helped but it’s still a puzzling one as he looks a decent player when fit. He got his chance on the weekend after a late change saw Zak Jones miss on the weekend.

In the big loss to the Tigers, Dunstan had 16 touches, 4 tackles and he attended 12/31 centre bounces scoring 74 which ranked him 8th for points at St.Kilda. He is likely to make way for Jones this week but if not, keep him in mind. He scored 8 consecutive tons in the back end of 2017 into 2018!

I was surprised to see Acres was available in over 30% of leagues but then I had a look at his scores so far this year and can only assume he has been dropped by a lot of frustrated coaches early. He struggled with injuries last season which was his first at the Dockers but finished the year with gusto averaging 92 in his last 4 games. Unfortunately, he has not carried that form over into this season, but the last two weeks have been more promising. He looked exceptionally good against the Crows on the weekend amassing 12 touches in the opening quarter alone. He only finished with 19 for the game but the scoring potential is there.

With journeyman Tom Hickey joining the club in the off season, Sinclair saw his position as the number 1 ruck disappear very quickly. With Hickey now sidelined for the next two months with a PCL injury, we should see Sinclair come in and try to prove the selectors wrong. Playing predominantly as the preferred ruck (with some time as a key forward) saw Sinclair average 83 across 2018-2020 including a career high 92 in 2018. He should be able to hit some decent scores for those in need of a ruck, particularly this week as he comes up against the ruckless Suns.

I’ve held off nominating this guy for a few weeks now as I wasn’t convinced his scoring would continue but if I don’t nominate him this week, he’ll be too popular before the next article! Pickett put up very modest numbers in his debut year last season but has exploded this year, kicking goals in every game, applying great forward pressure with just under 4 tackles a game and even attending a handful of centre bounces each week. His fantasy scores have increased every round this season and with a 95 on the weekend, his first ton is coming soon.

Taylor Walker, Josh Bruce, Aaron Naughton, Tim Membrey. These are just some of the key forwards who haven’t been mentioned in fantasy circles for a long time, if ever, yet have jumped out of the blocks with some huge scores this year. If the AFL rule changes have indeed heralded the return of the big forward, then Ben Brown must get a shout as a player with tremendous upside. Brown had a very poor 2020 but before that averaged 63 goals a season between 2017-2019 and that was playing for the Kangaroos who weren’t in contention in any of those years. Now he’s at the undefeated Demons and ready for selection after missing the opening rounds due to knee surgery, he should post some huge numbers when he gets his chance.