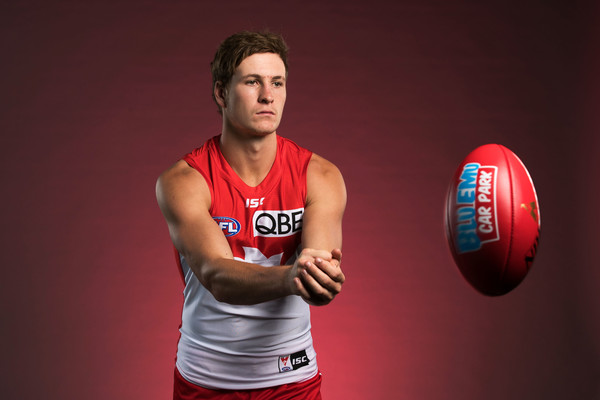 After rounds 3, 6, 9, 12 & 15 the drafting format of Ultimate Footy awards additional player positions to players that have had a role change in season. On Wednesday evening we’ll confirm with you exclusively which players WILL gain a new position, but before then here are some players we believe would be in consideration for obtaining a new positional status.

For years Nathan had been a staple in the Demons midfield but as the young kids of Viney, Brayshaw, Oliver and Co come into their fullness of talent it seems that for Jones to stay in the side he’s needing to develop another string to his bow. Over the past 4-6 weeks Jones has moved to more as a playmaker off half back and while it’s dented his scoring ceiling (just one score of 75 in the past 6 weeks) he’d move from a player likely destined for the waiver to a squad depth backman.

Like Nate Jones above, the Dons have reshuffled their midfield rotations and in doing so it’s seen the former Anzac Day medallist spend his time starting off half back and then being used to push up the ground and between the arcs. A seasonal average of 88 does place him in a bracket of backs, however for what it’s worth since moving into the defensive role his scores have been 81, 83, 85, 88 & 86. Consistentcy plus, but his ceiling for scores seems to have been capped.

This is probably the gain that could have the greatest impact on coaches and leagues if this addition comes off. While earlier in the year he was rotating between half forward and midfield over the past month he’s since round 11 against the Cats he’s been the driving force of the Swans defensive unit. Over the past four weeks, Sydney has used him as the primary distributor of the ball out of defensive fifty with him having 16 rebound fifties. A seasonal average of 83 isn’t anything crazy as a midfielder, however as a backman that places him inside the top 25 averaging players.

Maybe this one is a little bit of a stretch, but it’s certainly in the realms of possibility with him splitting his time between an inside midfield attending centre bounces, but also using his height to make him another mobile taller target inside the Kangaroos forward fifty. However, with only two scores above 65 and both in the opening two weeks of the year it’s safe to say even if he does fain FWD status it’ll only be for keeper league owners that rejoice given an average of 48 in his past five is less than exiting as a target.

Since his debut three weeks ago as a Saint, he’s found himself at home predominantly inside the Saints forward fifty. His goal sense and speed have made him a valuable asset to the structure of the side. While available as a centre currently the addition of forward status is one of the more natural gains for UF to add. Averaging just 59 means he’s certainly not worth placing on your roster or using a waiver wire selection on, even in keeper leagues.

For some, this could be seen as an overdue addition, but I think we’ve got enough data now over a few months to make this a strong addition from the team at UF. Especially, given the predominant role has been majority forward to help fill the gap of Tom Lynch in the past month. Four of his past five scores have been 83 or above and if he is to gain FWD status it makes his transition from being a bench cover midfielder to being an on-field scoring forward and as such his draft relevance boost dramatically.