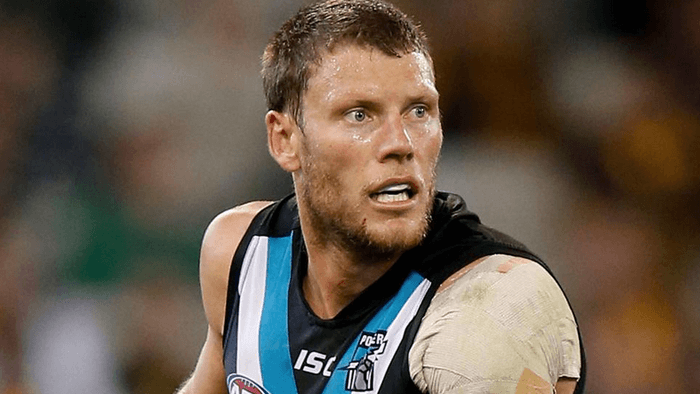 After rounds 3, 6, 9, 12 & 15 the drafting format of Ultimate Footy awards additional player positions to players that have had a role change in season. On Wednesday we’ll confirm with you exclusively which players WILL gain a new position, but before then here are some players we believe would be in consideration for obtaining a new positional status.

After being used down forward in round one and parts of round two he’s since moved to become a vital user of the ball down back in part to replace the absence of Jordan Lewis. Depending on the depth of coaches and squad sizes, he could play a role in.

He’s been getting games across half back over the past few weeks and a similar showing this week against GWS should give UltimateFooty enough information to make it a pretty easy addition.

He showed plenty of dash and dare in his first game against the Giants and did some critical things late in the games against Port, Sydney and Melbourne. With no Jayden Short (injury) he’s been one of the critical creators for the Tigers coming off defensive 50. While I don’t think he’s got the most exceptional job security in the world, hopefully, he’s done enough for us in UltimateFooty eyes to give us DEF status.

This would be a big one, but I think it could be on the cards. With Tim Kelly, Brandon Parfitt, Charlie Constable and even Patrick Dangerfield increasing their midfield minutes we’re seeing guys like Duncan spend less time at Centre bounces and starting from the defensive half. Against the Giants and hawks, we also saw Duncan take a few kick-ins. We’d have enough information for UF to justify the selection and it would give coaches another viable top defensive line scorer. Am I confident he’ll get it ‘no.’ But a big game inside defensive 50 may give us enough data to make them give him a new position.

The move for Jack to be a predominant wingman has translated into seeing him back to his fantasy scoring best and is a genuine candidate as a top forward if his current scoring trend continues.

He’s starting at half forward and then pushing up into the midfield. Like many that gain DPP in the midfield, it won’t add more on field scoring power, but it does add some flexibility.

An easy addition he for UF given he seems to be playing close to 3/4 of the game inside the forward half. Handy for deep draft leagues, while also adding some extra value in the eyes of coaches for keeper leagues.

Averaging 80 in his last five, so probably worth picking up from the waiver wire depending how deep your league is. This year he’s moved into the forward line and looks more comfortable by the week. The DEF/FWD link could create some nice versatility in your squad.

Not really relevant, but he’s been spending most of his time as a Cat applying defensive pressure inside forward 50 with only the odd time inside the midfield.

We may not have enough data to make the change (yet), but ever since the return of Andrew Gaff we’ve seen Sheed Island spend much more time forward. His first two games where he played as a pure midfielder may count against him getting it now, but based on his role during rounds 3-5 we’ve got a reason for some level of hope he gets it.

Like Finlayson above, depending on the depth of your squads and number of teams he might have some small relevance to you.

I’m not confident on this one but Jarrod Berry is averaging just shy of 90 and for draft owners, he’d be a huge gain given I think he’s spending close to 40% of the game time inside forward fifty.

Fair enough not awarding it after round three, but we’ve got enough data now that surely we get this allocation. Spending plenty of time as a forward for Port Adelaide.

He’s not scoring well enough to be a midfield premium, but he looks like he’s playing well over 40% of his game time inside the forward 50. His suspension from round five may cost him the shot at FWD status by missing the week of data, but I’d like to think he’s done enough to be a serious candidate.