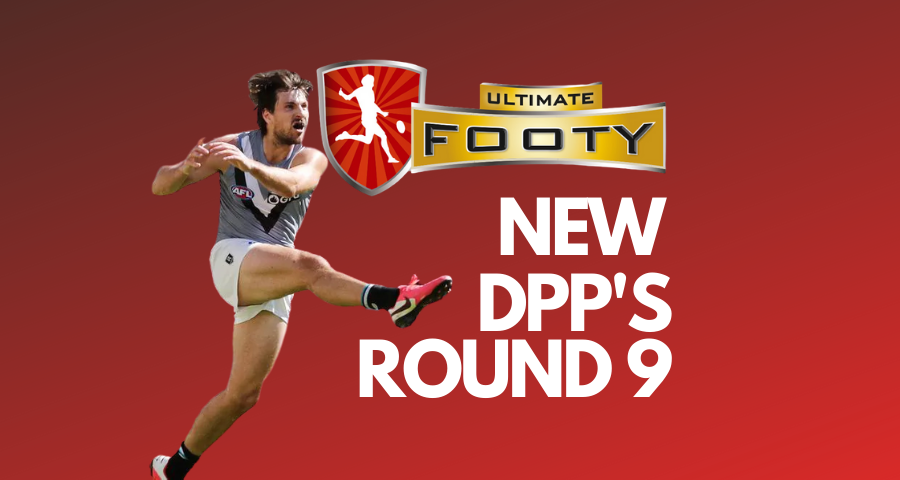 In total 10 players have gained an additional position, one player has gained back status, four gaining centre, one new ruck and five have picked up forward status. Let’s look at who they are and the relevance to your draft sides and leagues.

The former Lion Sam Mayes has forced his way into the Port Adelaide side and has scored pretty well in his three games for the pear. A top score of 92 last week and an average of 66 is a handy boost for owners that currently have him or those able to snag him off the waiver wire. For a reference, a 66 average ranks him 27th overall for backs and be ahead of teammate Darcy Byrne-Jones, Zac Williams, Hunter Clark and Jack Bowes.

The Crows are certainly in rebuild mode. The Winless Crows have turned their attention rightly towards the future. As a result, plenty of youngsters are getting opportunities. One of those is first-round selection, Chayce Jones. The Tasmanian born is now getting his chances through the midfield. However, as yet it’s not transferred into scoring with 46 his current season-high score and an average of 32. Given that scoring and 22% ownership, it’s relatively safe to say it’s only keeper leagues that have him.

One of many former GWS Giants players that now reside at Carlton, Matt Kennedy has finally started to get the reward for effort and been granted a midfield role. Since working his way back into the side at round six, he’s been among the top Blues players to attend centre bounces. His average of 63 is more than enough to make him be a player on the forward bench or final forward spot if required. No surprises UF have granted him this new position.

The premiership Tiger has been increasing his midfield time every year. Now Shai Bolton has been forced to increase his time in the guts with injuries to Trent Cotchin, Josh Caddy and Shane Edwards choosing to stay home from the hubs. His value in keeper leagues has undoubtedly increased because of it and is a more than handy forward in single-season leagues. Usually, the addition of a centre status adds minimal value, however with some teams struggling to field 22 this DPP could be the saving grace for coaches.

For the second year in a row, the Tigers have been decimated by injuries to a plethora of star players. As a result, not only are they blooding some new players, but they have tweaked the roles of some more experienced hands to take on some greater responsibility. For Kane Lambert, his midfield time has increased nicely, and for those who own the forward, they’d have seen a scoring bump specifically in round five and six when he scored 100 and 105.

Along with Sam Mayes, the addition of DPP status for Rory Lobb is probably the other significant gain for coaches. Unless your league is rostering two ruckmen on the field, then it’s a high chance that Rory Lobb is nothing more than emergency coverage for your first choice ruck. Now as a forward, he can become someone that boosts your scoring on field. A top score of 92 and a season-low of 44 are included in his seasonal average of 61. Ranked against other forwards, he’s now just outside the top 30 but is now ahead of Tom Phillips, Shai Bolton, Jack Gunston and the GOAT Gary Ablett.

As a centre only, Harley Bennell has been mostly irrelevant given his average of 45. It’s no surprise that only 35% of leagues have picked up the former first-round pick. Now as a forward he still sits well outside the top 100 averaging players in this line, but he moves into contention to atleast be used as an emergency option when named.

In a keeper or dynasty league, I think Luke Jackson is going to be a player. He shows good signs when given time to play through the ruck, however, as long as Max Gawn is playing his time and his scoring will be limited. Melbourne is desperate to get games into him; as a result, he’s spending the majority of the game as a key position forward. In single-season leagues, this position doesn’t do much but keepers it might just be enough to retain him on your list heading into next season. The future is bright, but like for any young ‘tall’, they’ll take time to develop.

The Western Bulldogs could field an entire team of half-backs if they want. The club is stacked to the rafters with rebounders. As a result, the club needs to find a role for those not able to squeeze into the core backline crew. Matt Suckling won the lottery and has since been used across half-forward so that his damaging left boot can be used for quality inside ’50s. Back in round seven, he scored a 71 and coaches would be excited and the flexibility his DPP addition would make had it not been for one small problem. Last round he injured his hamstring early in the match and will miss the next month of footy.

Playing as a crafty small forward, Brendon Ah Chee is starting to play some consistent football at the West Coast Eagles. Currently, he’s been selected in 7% of leagues and given his average of 37 and three scores over 40 it’s understandable why coaches haven’t jumped at the chance to own him as a centre. Honestly, there should be better forward options in your player pool even with this new position. Pass!