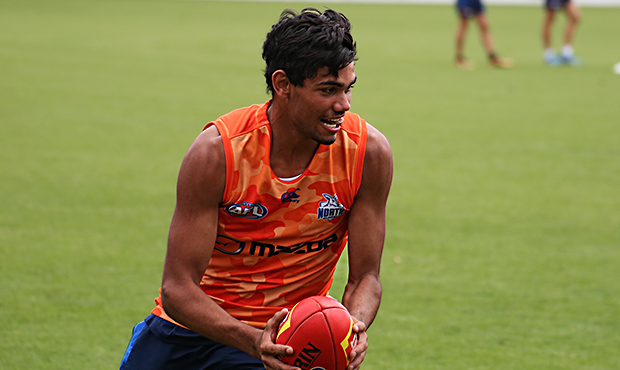 In total 10 players have gained an additional position, two players have gained back status, four gaining centre, one ruck addition while three have picked up forward status. Let’s look at who they are and the relevance to your draft sides and leagues.

As the Hawks continue the ‘rebuild on the run’ we’ve seen Tim O’Brien get his opportunity this year as part of the Hawks back 6 unit these past few weeks. While he’s developing along OK as a player not suggests that UF coaches should be putting big stocks in him just yet.

I’ll keep this quick and easy for you. He’s averaging 56 for the season, that’s not worth a place in your squad, don’t even bother with him as an option.

Between rounds 5-7 his lowest score was 90 and was looking like a boom of a pickup for coaches from the waiver wire. However, with scores of 59 & 71 in the past two weeks the excitement has probably tempered since then. He’s still getting plenty of midfield time, but as we’ve seen numerous times this year with second tier cats midfielders there score varation is huge. Relevant as a defender and the addition of Centre just adds more versatility to your list.

Started his career as a goal sneak who would also add high-value forward pressure for the Suns. However, in more recent times the coaching staff have released him to play more midfield as the side develops a new brand of footy under Stuart Dew. Coming off back to back tons and a seasonal average of 87 he’s certainly delivered overs for owners given he had an average draft position of 284. The addition of centre status just gives you more flexibilioty not more relevance with him.

Except for his round five scores against Richmond (92) he hasn’t scored above 70 from his five games. Depending on the depth of your list he may add some value as a defender if you believe he’ll keep getting this midfield opportunity. That said if your stashing a backman averaging 58 on your list either your squad is in trouble or you have a crazy big league and list profiles. Pass for me regardless.

With key midfielder Jack Steven missing multiple games this year Jade has been given a great role in the midfield group. With only three scores sub 70 all season he’s been relatively consistent, but like with all players who gain ‘centre’ DPP it will only add versatility to your list not increased on field scoring potential.

With Tim English absent the past few weeks due to an injury the club made the move that verstile bigman Jackson Trengove lead the clubs ruck division. History at both the dogs and his previous side Port Adelaide suggests that he’s only relevant as a on field option when playing as the primary ruck and not as a key defender who relief rucks.

If English is back this week you cannot field him, but Jackson is still worth a space on your list (depending on squad sizes) as his scores of 99 & 100 in the past fortnight show his value when forced to ruck solo.

At the end of 2018, the footy world was starting to take notice of Aaron Francis. After battling injuries and homesickness he looked at home as an intercept defender and a breakout 2019 loomed. However, so far this year he’s spent more time forward as the Dons look to get the right balance and structure to their side. I wouldn’t be picking him up off the pool if he’s there unless something about his role or score drastically changes in as seasonal league, but for a keeper and depending on what scoring field’s you play with he could be worth a stashed selection.

Injury has stalled his season, but he’s showed some promising signs in the JLT Series during the preseason and also in the season with three scores of 79 or above. His value comes with his back status, but the inclusions of forward status could add some relevance that helps give you another player on field if you play through the multi-bye rounds and are light on for forwards.

As a long term prospect for keeper leagues he certainly is worth stashing away, and the additional of a dual position should only further increase current owners valuations of him. He’s showing nice developmental signs for the future, but isn’t someone for seasonal leagues to consider even as a forward.