He was one of a number of players plucked from state-based leagues. While Corbett may not be the highest fantasy scoring cash cow we get, I believe In January he does bring one thing that many other cows lack. Best 22 Job Security.

In 2018 Josh Corbett was highly regarded as one of the VFL’s best-contested marks and averaged 7.6 marks per game before an eye injury prevented any more appearances for the year. In his 9 matches, he scored 22 goals and won the Fothergill-Round-Mitchell Medal the award presented to the most promising young talent in the VFL.

The other key weapon to his footballing arsenal is his strong aerobic capacity, this year he averaged 14 k/m per game, impressive for a guy who is 190cm tall and weights 90kg.

With former co-captain and #46 Most Relevant in this list Tom Lynch departing the club as a free agent, the Suns are desperate for some support and goal scoring power inside 50. Outside of a developing tall Peter Wright, the occasionally fit Sam Day and the craft of Aaron Young, they lack targets that provide compelling forward presence and avenues to goal, something I believe Josh will add immediately to the Suns.

Gold Coast have desperately lacked a player they can target firstly as a tall target to link up across the ground or secondly kick it to as a ‘get out of jail’ option from defensive 50. His strong overhead marking and aerobic skills could perfectly lend himself to a role not too dissimilar to what Adelaide’s Tom Lynch has done so well for many seasons if the Suns wanted to. The new rules that force a 6-6-6 starting structure at centre bounces and also the new hands in the back rule for a player likely to get the third tall certainly increase the positives in Corbett’s favour.

Like many of the state league call-ups, he’s priced at the basement in all salary cap formats of the game and is someone who I can see easily make his way into the Suns best 22 making him a prime candidate for cash generation. Something I can’t confidently say about all Special Assistance selections provided by the AFL Commission.

Almost 2 weeks ago I launched the 50 Most Relevant listing with Harley Bennell. One of the key reasons Harley and now Josh make the 50 is they possess something that many cheap players lack, that’s job security. Cash Cows that have a stellar ceiling in contrast to their price is fantastic but it’s no benefit for fantasy coaches if they are in the side one week and out of the next.

In December he signed a 4-year contract extension locking himself to the club until 2022. Regardless of the clubs inability to retain quality talent long term, you don’t sign up a player for that long who isn’t apart of your current and future long-term plans. By heading to the Gold Coast Suns a side who are desperately trying to reshape their list, Corbett, now will be given every opportunity and early in the season to show he’s of AFL standard. From the games I’ve seen of him I believe he’s more than ready for a shot at the big leagues. Smash it bro!

While I don’t have a crystal ball and neither am I apart of the Gold Coast selection committee It seems very apparent to me that Josh Corbett will play a lot of footy this year for the Suns. Because of that, given his basement price and likely consistent scoring output, I think he’ll be one of the most owned and successful forward cash cows for 2019!

He’s only relevant in salary cap formats of the game, can’t see him scoring enough to make him worth drafting. If he shows something then grab him off the waiver wire. 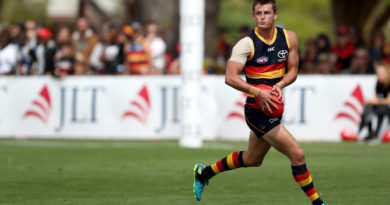 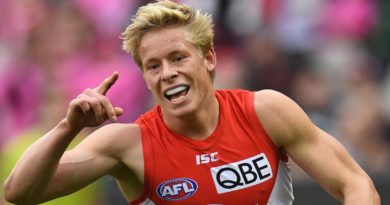