He may have only officially joined the Carlton Football club some days ago, now Michael Gibbons is an AFL listed player, and for fantasy coaches, it couldn’t have been at a better club.

Last year in the Victorian Football League (VFL) Micahel Gibbons tied with Anthony Miles to win his second consecutive J.J Liston Medal, the VFL equivalent of the Brownlow Medal. In 2018 he ranked first in the league for total disposals (averaging 28 per game), clearances (seven) and inside-50s (6.5) as well as recording club high numbers in contested possessions (12) and tackles (six) across all 18 VFL matches. Gibbons has also been named in the VFL Team of the Year in each of the last three seasons.

Gibbons is a natural ball-winner who’s capable of disposing of the ball confidently on either side of the body, possesses strong athletic ability and a desire to win every contest he finds himself in. Since joining Williamstown five seasons ago, this midfield-forward has been a consistent and standout performer.

After missing out numerous times to be selected by an AFL club in the past few drafts, Michael Gibbons had thought yet again his AFL dream had passed him by when the final rookie selection was called out on November 23rd last year. Little did he know that within three weeks he would find himself invited to train at Carlton after the news that co-captain Sam Docherty had once again suffered a season-ending knee injury.

Since arriving at the club, he’s won over teammates and coaches with his insatiable hunger to learn, ferocity for the contested ball and his elite running has tested even longtime club leader Ed Curnow.

As a basement priced rookie, Michael Gibbons has done everything possible to earn his way onto an AFL list, and if the past eight weeks is anything to go by, he’s going to continue to press his case for an early season debut.

Given the list profile of the Carlton, you don’t recruit a player like Gibbons unless you expect him to play. The Blues list position is such where kids need to be given every opportunity to develop and giving the games at the elite level is the only way possible to see whether they’ll make it at AFL level or not. Previously the club has used some more mature age players from other clubs (who I’ll politely call list cloggers) to take places of kids but it does appear at least in the last 12 months they’ve moved away from this.

The only real criticism on Gibbons wasn’t on his actual footballer ability, but instead, it was that he’s not tall enough, but at 175cm he’s nearly the same size as new Lions Lachie Neale who’s just the 2cm Taller. Like Neale, he has shown an insatiable hunger in the contest and keeps getting the football over and over in the contest.

As part of the Carlton midfield, he will add additional inside support for Patrick Cripps. On top of this, he’ll also model hunger, effort and passion to the young players at the club, three traits that haven’t been essential qualities of the Blues. Here’s a look some of the most recent VFL seasons data numbers as shared by Champion Data.

Even if he doesn’t start the year, he’ll be given a good crack at it during the season and will be one if the most popular rookie upgrades. At some point in the season Gibbons will be among the most popular owned rookies and if his VFL is anything to go by he should be a fantastic cash cow for fantasy coaches in all formats.

I wouldn’t be opposed to the using one of the last few rounds selection in either a keeper or single season draft. The possibilities are sky high, and the risk at that position in the draft is not existent. 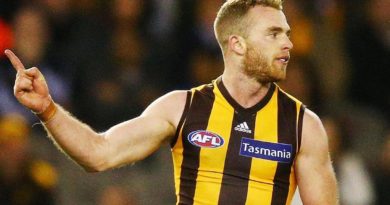 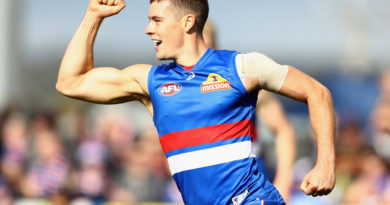 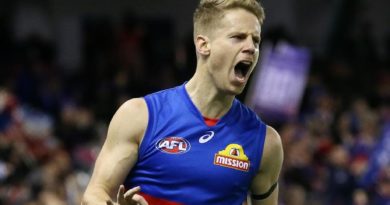 What You Must Do Before The JLT Series Starts