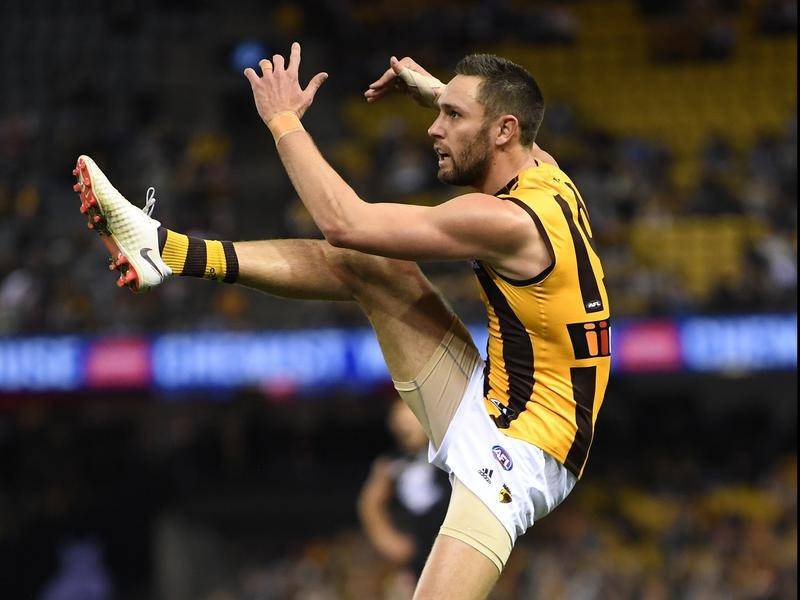 One soldier out, one soldier in. Mitchell might be done for the year already but as always, that only creates opportunity for other players and the Hawks will be highly relevant again across the various fantasy formats.

These are the Hawthorn players on each Panelist’s watchlist right now:

Jimmy: Jaeger O’Meara is a genuine underpriced premium this year. Got better as the year went on last season and displayed some excellent consistency, multiple 120+ scores and didn’t put up any trash scores after the first month.

MJ: I don’t see a world where James Sicily isn’t one of the top 6 defenders in all formats of the game. A must start for me in SuperCoach especially.

Rids: James Sicily. One of a small group of defenders that went 90+ in 2019. He is every chance to go that again. Only downside is he is an angry ranga who might miss games thru stupidity.

Tim: With Mitchell being injured, the midfield minutes are on offer for Chad and he’s proven he can be a premium forward when he plays enough midfield. Watch his role and fitness in JLT.

Fox: Chad Wingard is hard to pass up if he’s fit by round one, should get some reasonable mid minutes, awaiting JLT confirmation.

Jimmy: James Cousins is coming into his third season but hasn’t had much of an opportunity so far despite some excellent performances in the VFL. Is this the season that he gets a full-time role with Mitchell on the sidelines?

MJ: Given he gained forward status this year the Hawks best chance at a Fantasy breakout is James Worpel. Will he suffer from second-year Blues or will he reach premium territory? Time will tell.

Rids: The Hawks don’t really have any decent kids coming through that are ready to break out.

Tim: James Worpel. Hard to pick a huge breakout at the Hawks but Worpel seems a popular choice for it.

Fox: Not a huge breakout expected but James Worpel should add a double digit plus rise to his average

Jimmy: Jack Scrimshaw seems the obvious choice here. Should get games but don’t expect too many high scores. Watch his JLT role carefully.

MJ: The Hawks drafted Dylan Moore after playing most of his career as an inside midfielder, but last year at the VFL had a role adjustment and played more small forward. With a need for more inside midfield support, he could be a great cash cow.

Rids: Jack Scrimshaw needs to get through preseason and the JLT but the Hawks chased him to replace Burton. Kid was a former top 10 draft pick from the Suns but is yet to debut. Hawks are the right club to get him right and on the park.

Tim: Jack Scrimshaw. I hate this pick but I have nobody else that I can think of. I won’t be picking Scrimshaw (unless something big changes).

Fox: Jack Scrimshaw 3rd year player, Hawks will cast out the GC demons in him, reprogram him and have him firing in 2019

Jimmy: I always like having Jack Gunston in my SuperCoach team. Rarely misses a game and is consistently good. Like most forwards, he will have the occasional stinker but he also has the ceiling to make up for it.

MJ: For years the fantasy community have been awaiting to see what Jaeger O’Meara could become. Last year over the previous 12 games he averaged 102 in AFLFantasy & 97.8 in SuperCoach. While not enough to be a season-long keeper its the forward motion for this previously injury-riddled star.

Rids: Chad Wingard This guy could be anything! Will depend on role so keep an eye on him through the JLT. His price tag also represents value in comparison to his history. Definite POD!

Tim: James Sicily. Premium defender nowadays but some will always be scared off due to suspensions.

Fox: James Sicily ownership numbers will be down in SC, but with 8/14 at 109 and a little more sanity from his erratic brain fades should result in him being a reasonable alternative in 2019

Jimmy: Don’t pick him to start the season but do keep an eye on news about Tom Scully as the season progresses. The Hawks got an absolute steal and you might, too.

MJ: With no Tom Mitchell but if Clarko frees up Daniel Howe to hunt the ball not just the man as the tagger then he could be a late-round blinder.

Rids: Liam Shiels. Feels like I say this guy every year for the Hawks. For some reason he is always available late in draft leagues. I love mids that like man hugs and Liam is at the top of that list!

Tim: Liam Shiels Can yo-yo from season to season and game to game but is a chance to be the Hawks’ next captain and will be well worth a mid spot in draft leagues.