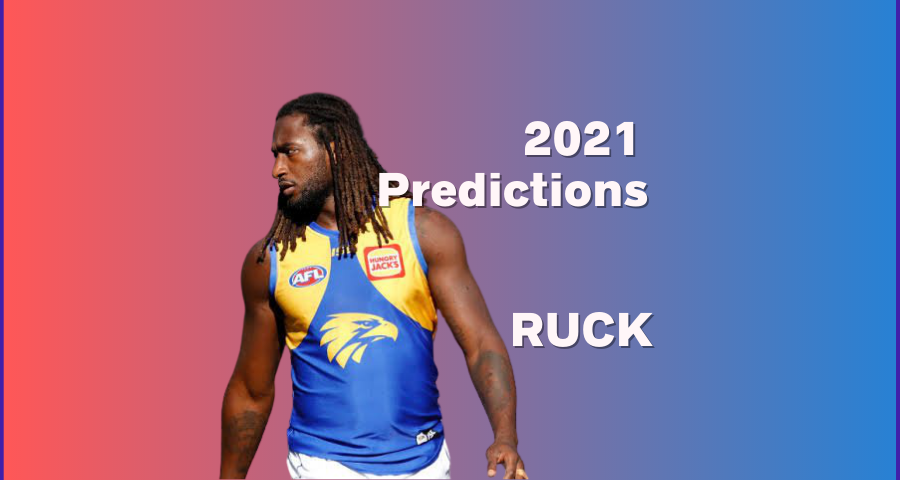 Tomorrow it begins—the first bounce of the 2021 Fantasy football season. Every year the panel sit down and share their predictions for the season. Today they share their big calls on the Rucks. Do you agree or disagree with them?

Tim | Grundy if he plays solo again (eg no Darcy Cameron); Max Gawn if he doesn’t

Rainman | Big Max will dominate again this year, particularly in SuperCoach, he will have a period where he averages over 150 for a 5 week period.

The Midprice player that fires

Tim | Braydon Preuss (whenever he does play)

The Midprice player that is a bust

Fox | Any Geelong or Sydney ruck

Cash Cow you need to start with

Rainman | Flynn is the easy and right answer. The role is his to lose at the Giants and he will score well enough to make us a ton of cash to hopefully allow a Grundy to fall

Ben | Starting a rookie ruck on field makes the most sense across all the lines.

Lewy | ROB isn’t a top 3 ruck. Not sure I believe Adelaide can control the ball enough for his scoring to maintain or improve. His Last 5 120+ averaging form coincided with Adelaide being competitive. They won’t be competitive enough this year.

Rainman | Todd Goldstein’s form will deteriorate to the point that Tristian Xerri becomes the main ruck at North before the year is out.