Last year Max Gawn was a top scoring ruckman, but fantasy coaches are uncertain if he can do it again due to one trade that happened late last year.

Max Gawn regained the mantle as one of the leagues premier big men in the competition this was recognised with him winning All-Australian honours for the second time in three years. His ruck dominance was clear across the season with him breaking the record for most hitouts in a season (1,119) and was one of the key reasons for Melbourne’s 2018 season pushing the club into the Preliminary Finals.

In SuperCoach he took his game to new levels delivering a career-best season average of 127, only Brodie Grundy and Tom Mitchell averaged more than him last year. Eighteen times last year he posted a score of one hundred or more while twelve of them over 130 and a massive five over 150 making him one of the best options to consider for captaincy across the season. On top of this consistent and high scoring he only twice dipped his scoring beneath 90 ensuring owners were never burned by his output frequently.

His dominant season translated into an AFLFantasy scoring personal best average of 111. Sixteen times he scored over the ton, eight of those were over 120 and an impressive five over 130 which made him one of the most consistent and frequent scorers of hundreds across the competition. Like in SuperCoach he also rarely hurt coaches who owned him with just four scores under 90 all season.

The biggest and only hesitation in starting Max Gawn is what impact if any does recruit Braydon Pruess to impact his fantasy football output. As a pure outside to the club and the conversations surrounding his recruitment, it still perplexes me why Preuss would nominate a trade to a club that doesn’t need his services whereas sides like West Coast and Port Adelaide were actively recruiting for ruckman who’d be given specific opportunities to play.

While I can see the Dees trialling the dual ruck through the JLT community series, I remain unconvinced it’ll be the best long term strategy for the footy club. Melbourne is already well stocked for on-field talls with Tom McDonald and Sam Weideman playing the key forward roles while Oscar McDonald, Steven May and Jake Lever holding the tall parts down back. While Braydon Preuss is a very useful ruckman in the hitouts, he’s not the type that will offer loads around the ground. In his past two years at VFL level, he’s averaged 14 disposals a game, and that’s as the primary ruck. As a forward he certainly offers presence, but we saw last year McDonald be more than capable as a relief ruck to Gawn.

I fear that the inclusion of Preuss, while it would make them even more dominant at stoppages, could impact the structure of the team negatively and certainly dint Gawn’s fantasy output. This is purely speculation as nobody has seen the impact just yet, but generally speaking when two rucks neither score well enough to be a viable starting squad option.

At some point in the season, I see Gawn going back to being the single ruck in the side, and at that point, I’d comfortably jump onboard. Until then, he’ll remain as an upgrade target. Even if Pruess does stay all year, especially in SuperCoach, I see him as a strong top averaging ruck given his dominance and efficiency in the ruck contests.

In a SuperCoach draft, I’m still inclined to take him in the opening round especially if I have a selection towards the end of the round, I know others will be more hesitant, but I still believe he’s too hard to pass up on. In AFLFantasy/DreamTeam drafts he’s likely to drift outside of the opening round based on current trends, and if Max resumes solo duties during the year, that coach will have the steal of the draft. Even if he doesn’t If I got Max in the second round, I’d feel like I’d snagged some considerable value. 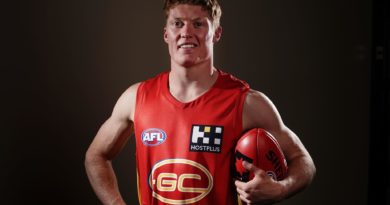 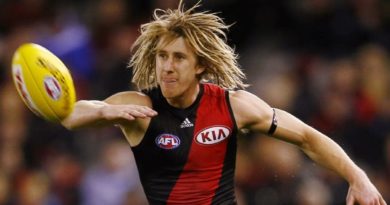