The Doggies took on the Saints in a battle between two teams who are hoping to climb the ladder in 2019. It was a fairly even match throughout with the Saints eventually getting up. There were plenty of fantasy relevant players in this one too so let’s dive in!

Josh Dunkley: For those worried about Libba’s impact on Dunks, don’t be. He played pure mid in this game, went all over the field, was in a lot of centre bounces and other stoppages and even contested a couple of ruck contests. In an interview during the week he said that while all the Dogs’ midfielders have to try to have an impact up forward at times, he expected to keep his midfield role from last season and that he didn’t think Libba would impact him much. Whether that holds true in the season or not, it was true in this game. A definite candidate to be a top 6 forward if he keeps this role all season.

Jack Macrae: Macrae found the ball with ease again in his now-customary midfield role. Everything we needed to see from the highest priced fit midfielder in salary cap formats this season.

The Bont: Bontempelli played well and scored reasonably well also considering the time he spent up forward again, which is unfortunately going to be his lot again in 2019. Unfortunate as it reduces his likely scoring average without gaining him forward status for 2019. Hunter even said after the game that he’d love him in midfield, just that due to their volume of midfielders he had to play forward at times. Definitely a gun scorer when released into the midfield full time however so watch the Dogs’ injury list/setup with interest across the season.

Libba: Played midfield again, contested a lot of centre bounces and continued getting his groove back. He even kicked a goal, had a few tackles etc. More good signs for a guy coming back.

Toby McLean: McLean started well, in midfield, however as the game wore on he spent chunks of it down in the forward line, similar to how he ended 2018. Warning signs there in terms of role for the time being.

Tim English: It was the best of times, it was the blurst of times… or a tale of two halves, and half of a half. Basically, the Bulldogs split their two main ruck candidates for time this week – Trengove rucked solo in the first half while English sat on the bench, then Trengove sat out the 2nd half and English rucked solo. He was a bit rusty early (ie the 3rd quarter) but he stepped it up massively in the 4th quarter, really getting into the game. The Dogs also tried Naughton up forward this week (the key defender they took early in the first round just 18 months ago) which suggests they’re keen for a key forward to step up with Boyd injured (Schache did play and was ok in this game). Will they play Trengove & English together come Round 1? If they don’t, and if English gets the starting role, he will be someone to consider for our R2 slots. However, if he does ruck solo in Round 1, he’ll always potentially be one bad game away from being dropped for Trengove so either way he’ll come with some risk.

Will Hayes: Played only slightly more than a half of footy today but looked handy enough again, floating around half-forward. If named Round 1 then he looks a solid cash cow for us.

Bailey Smith: Also didn’t play a full game, and started quite slow up forward early, fumbling a few disposals and not really getting involved. Had spurts in the midfield after that though and instantly looked much more at home.

Rowan Marshall: Will the real Saints ruckman please stand up? With Hickey traded, Longer injured & Pierce concussed – Rowan Marshall was handed the sole ruck duties in this match. Now, he was up against a less than stellar AFL ruck combination in Trengove & English (who may become a star one day but isn’t one just yet), but Marshall still played pretty well. Well enough to take the #1 ruck mantle from Round 1? Well if he does he’s forward only so it won’t help us, though it would stop anyone from starting Pierce or Longer at R2, if they were considering it.

Jack Steele: The man who averaged 24 disposals and 7 tackles last year had a similar split to that in this game (the man loves a hug, having 10 of them). He looked fit but you’ll have to ask yourself whether he improves on last year, and if so by how much. Has had tagging/run with duties on the opposing big mids in the past and you’d want to ascertain whether that will continue or not as well.

Jack Billings: So Jack scored pretty well in this match, but the real info we need to know is what will his role be this season and is he likely to keep it or will it change over the year or even in games. Well, straight from his own mouth after the game he thinks, and hopes, that he’ll get more midfield time this year, with stints up forward. He pretty much did exactly that in this game, playing a lot in midfield and on the wing and also had periods where he played up forward. If he can continue today’s split, it would seem a good role, as long as he’s fit enough to perform it all year and has enough of an impact in the midfield all year. Definitely these are things he can do, however his exact splits are going to be a bit of an unknown and so he becomes an intriguing option – will you start with him?

Dylan Roberton: Robbo looked really good in this match. He took a couple of kick ins, he got involved in the backline, he was playing well (in the three quarters or so that he played) and so on. And then came news of him feeling “wonky” after the game. Not great for him and a query that needs monitoring in the lead up to Round 1.

Hunter Clark: Didn’t quite play a full game but looked really promising for the Sainters. One to take note of for draft and keeper leagues.

Jade Gresham: Played quite a bit in midfield in this game – reportedly had 13 centre bounce attendances. Another one to watch as he has been a proven point scorer in his under 18 days.

Matt Parker: Took an absolute screamer in the opening minute & absolutely poleaxed Jack Macrae late on. Stat-wise, he unfortunately didn’t do a whole heap inbetween today but footy-wise he certainly did his job. He seems to have locked himself into the St Kilda 22 and as a cheap option in salary cap formats that’s something we love to have.

Nick Hind: Much like Parker, he may not have filled the stat sheet today but he showed some more good signs and looks every chance to be in the Round 1 team as well. It should also be noted that Hind didn’t play a full game today, appearing to sit out the last quarter and part of the third. 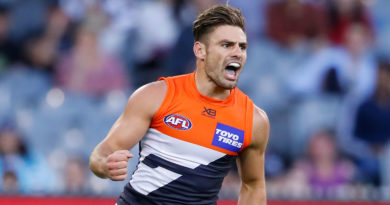 Koel Kings: Captains Round One 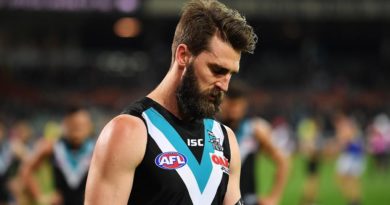 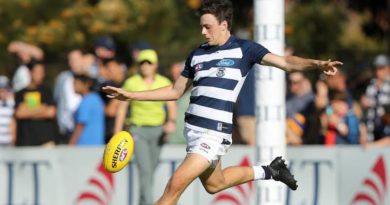