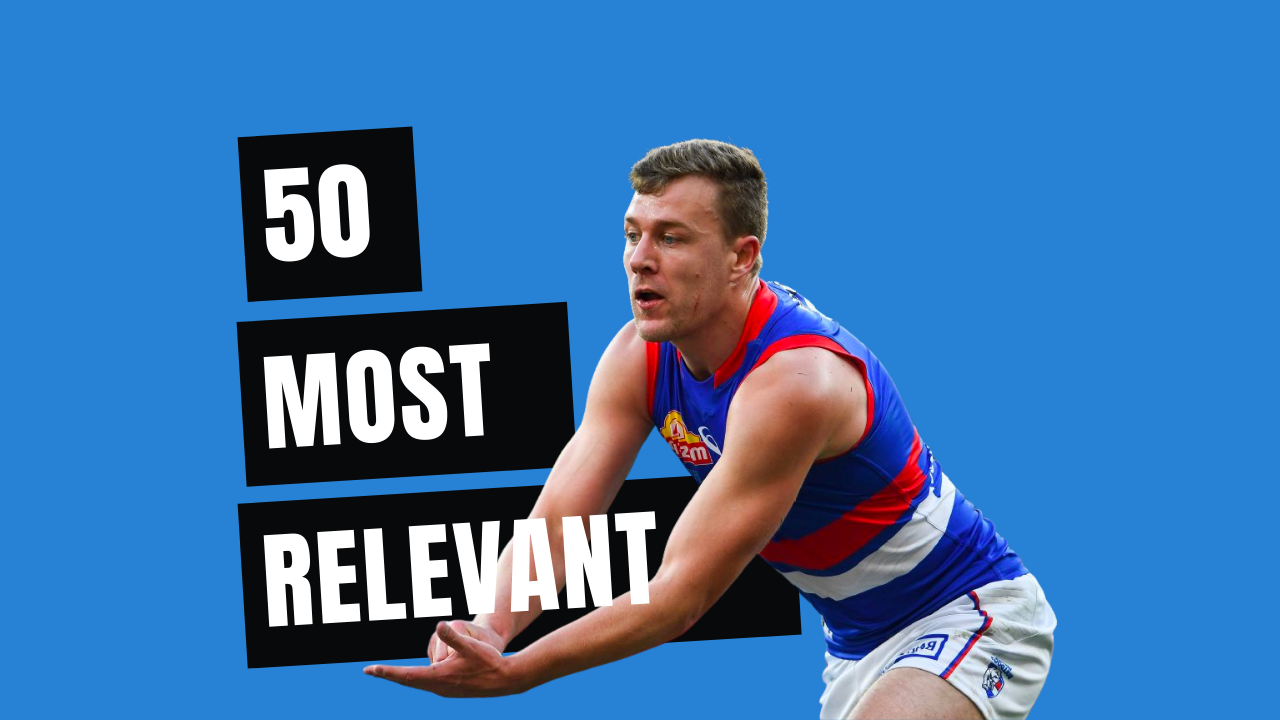 For the past four seasons, Jackson Macrae has been a consistent top tier premium midfielder across all formats of the game. However, he’s not just a good fantasy player he’s a brilliant footballer in general.

Have you played fantasy footy in the past few seasons? Well then, if so, you could probably have saved me the time of writing this article. More than any other player, the case for Jackson Macrae is the most compelling of all premiums. Since breaking out in his second season with an average of over 100 across the formats, he’s been one of the best options available to us.

The reason he’s been so good for so long is because he has this incredible ability with the inside ball. Couple this with his elite endurance and workrate sees him get into space where there is seemingly none. And when he does get the ball, he punishes the opposition and helps set up his teams to push deep inside forward 50. Last year alone, he ranked by average top five in the league for effective disposals, uncontested possessions, goal assists, disposals, and handballs. He also ranked per game inside the top twenty for inside ’50s, kicks, contested possessions, stoppage clearances, centre clearances, clearances and score involvements. In short, he’s the everywhere man of the midfield.

Last season in AFLFantasy/DreamTeam, he ranked fourth for total points scored, and his average of 115.9 also ranked him fourth in the competition. His season consisted of eighteen tons, six of these were above 120, and last year his scores fell under 90 in just one game. Before the Dogs bye round is where he did most of his damage, he scored twelve consecutive tons at an average of 122.5. After the break, his scoring did slide marginally, but a 108 is more than handy. When he did ton-up last year, he showcased that he is still a weekly VC/C option. His average score of when he does hit triple digits from 2021 was 121.

As great as the season was in this format, it’s SuperCoach where he continues to collect points without seemingly even trying. Last year, he scored twenty-one tons. Yes, that’s not a typo. Just once all season, he failed to hit triple digits, and in that game, he went 97! Twelve times his scores were over 130, and he ended the season ranked first in SuperCoach both for total points and by averages.

Over the past three seasons, Macrae has had one of the best fantasy scoring capacities. He’s played every one of the home and away games, a total of 61. In that timeframe, he’s averaged 114.8 in AFLFantasy/DreamTeam and 124.5 in SuperCoach. That’s almost unheard of the past few seasons. But it’s not just built off the back of a few good ceiling games to shift the averages. Instead, it’s his incredible ability to deliver us triple-figure scores consistently. In the previous 61 games, he’s scored a ton in 78% of matches in AFLFantasy and 85 in SuperCoach.

Nobody should question the relevance of Jackson Macrae. He deserves his place in the fifty, as he’s been such a reliable premium for us for so long. But why has he been awarded the most relevant mantle for 2022? Simple, of all premiums across all lines and formats, Macrae is the most bulletproof. He might not be the top scoring option by the close of the year, but gosh, he’ll be right in the conversation across the formats.

What makes him so bulletproof is the fact that over the past four seasons, he’s consistently ranked in the top ten for total points. In SuperCoach, he’s been ranked first, fifth, second and ninth for total points. While in AFLFantasy/DreamTeam, he’s ranked fourth, seventh, second and eighth. In the 2018 season, he also missed three matches, so to finish inside the top ten total points players is simply incredible. I’ll repeat it; he’s bulletproof.

Macrae has no role concerns, even in the merry-go-round midfield of the Bulldogs. It’s just him, Marcus Bontempelli and Tom Liberatore that are staples of that unit, while all the other elements float around them. So in a year where coaches are concerned about players’ role within a team, you don’t have to be worried over Jackson. Say it with me; he’s bulletproof.

You’ll never see teams choose to tag him. Not when you’ve got one of the most influential contested players in the game with Tom Liberatore. Or one of the most potent players in the entire league. Meaning he’ll be free to use his high-end athleticism and workrate to get access to plenty of footy in 2022. Oh yes, he’s bulletproof!

Every coach wants a premium like Jackson Macrae in their squad. He is the personification of the perfect fantasy premium. High ceiling, consistency of scoring, almost non-existent basement, role security, captaincy option in every game and durable. Whatever the checklist you have for premium options to start on your side, Macrae has ticked them all multiple times over.

With four consecutive seasons averaging 120+ in SuperCoach, I can’t honestly see a good reason to pass on him in your starting squad. The only plausible explanation is a personal preference of others like Clayton Oliver, Jack Steele or Touk Miller over him. But even then, that feels like a flawed argument. So I say once more; he’s bulletproof.

The post-bye scores of 2021 in AFLFantasy/DreamTeam might be enough for some coaches in those formats to back against him and target him as an upgrade option. And I can see the logic in that. The thing is, that’s his scoring basement. If a 108 is the ‘worst-case scenario, then I’ll happily back him in as it’s only seven points per game drift from his starting price. Again, if this worst-case scenario, I’ll happily still back him in knowing the upside is 120+.

Rather than finding a way to bring him in during the season, I’m starting him in every format and eliminating the worry.

In the previous three seasons, if you’d wanted to own Jackson Macrae then he’d cost you an early first-round selection. That won’t change in 2022. He’s gone off every board by no later than the first five picks.