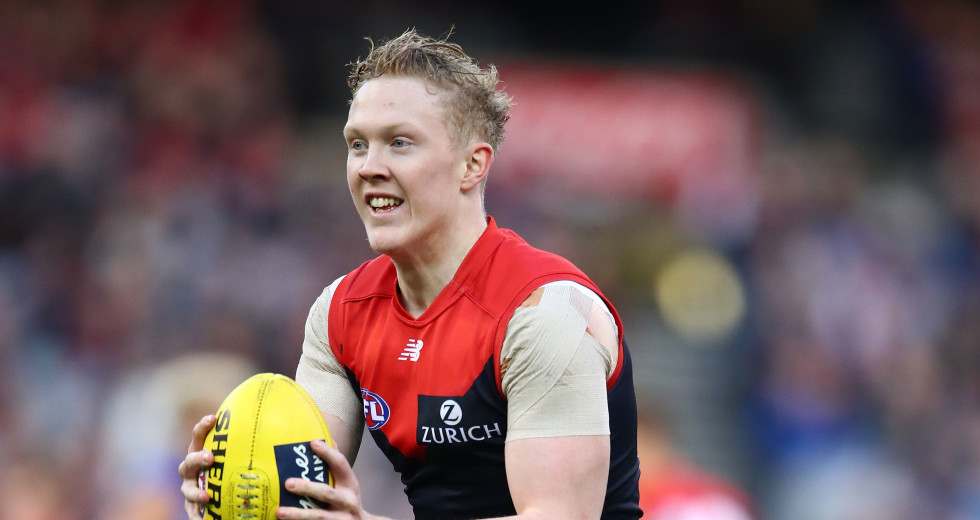 Ever since he burst onto the AFL scene, it was clear he was set to become a fantasy beast for many years. 2019 looms as just another year of points scoring dominate for Clayton Oliver.

It’s incredible to think what the only 21-year-old Clayton Oliver has already accomplished in three seasons of AFL. Last season he finished second in the clubs best and fairest after winning it the year before. Oliver was prolific amassing 734 disposals (with a season-high 40 in the Round 18 match against the Cats) and also led the league in contested possessions (405). To top off his phenomenal season, Oliver also received All Australian honours for the first time.

Last season in SuperCoach he took his scoring to a new level finishing the year with sixteen tons from his 22 matches, twelve of those tons were above 120; five were over 135 and a seasonal average of 114. When Oliver did score over the hundred marks, he averaged 126, numbers like that put him well and indeed in the consideration as a captaincy loophole option.

In AFLFantasy/DreamTeam he scored fourteen tons and lifted his average a full 8 points from the previous year and is now firmly established inside the top eight midfielders from last year based on average along. One of the knocks that some amongst the AFLFantasy/DreamTeam community have is that because his ratio of kicks to handballs is 2:1 he lacks the ceiling to be a genuine captains option. While that may have been a fair summary in 2017, it’s considerably off the mark lately. His final six tons for the year were all over 120 while he only had three of his fourteen tons under 110.

Oliver didn’t ‘break out’ as a fantasy player in his third season, but instead, it was 2017 we saw the beginnings of his fantasy footy dominance. In SuperCoach he scored seventeen tons and dipped his scoring just the once under 90, while in AFLFantasy he scored 9 tons and only twice dropped his scoring below 90.

In his past 44 games of home and away footy he’s delivered 33 SuperCoach tons and just five scores under 90, while in AFLFantasy he’s scored twenty-one tons and dipped below 90 in only eight matches. That frequency of high scoring is phenomenal and is just going to improve as the 21-year-old gets fitter and stronger.

It’s challenging to find fault in this young superstars fantasy football output. At 21 as he continues to develop his fitness base, we should see his time on the ground marginally increase from last years 83%. We also saw last year his kick to handball ratio balance out much more evenly. In 2017 he averaged eight kicks and 22 handballs per game whereas previous season it was ten kicks and 19 handballs.

Last year a notable absence for much of the year for Melbourne was the clubs co-captain, Jack Viney. Some have suggested his missing was a reason Oliver’s scores grew substantially. For what it’s worth I don’t believe that to be true. In 2017 during the 18 games, they shared it played no impact on his fantasy output. It’s similar in 2018 in the seven games they played together Oliver still averaged 106.7 in AFLFantasy/DreamTeam and 108.4 in SuperCoach. To suggest Viney in diminishes his output would be clutching at straws based on the data we have available.

During the off-season Oliver has dual shoulder reconstructions and came into the preseason slightly underdone. The positive news for potential owners is that he’s had a pretty faultless recovery and preseason and the club already have him earmarked to enter into full contact training within the next week or two. While the surgery wasn’t ideal, he has been able to spend plenty of time on the track and further building his fitness base.

If there were a format your more likely to choose him as an upgrade target, it’d be in AFLFantasy/DreamTeam where his scoring isn’t as rewarded given the fact his contested possession is what gives him a considerable bump in SuperCoach scoring. Regardless, I’d still want to have him in my completed side, and if you don’t start him, you need to choose at what point in the year he’s targeted as an inclusion. In SuperCoach he’s one of just a handful of players I find it increasingly difficult to justify passing on him, so for mine, he’s locked firmly in my SuperCoach side.

No matter the scoring format of the game you play he’s an M1 selection and is worth an early draft selection. In SuperCoach he’s very likely to be a top 10 selection while in AFLFantasy scoring formats he’s sliding early into the second round as a popular trend is coaches locking away key scoring defenders especially in choices in the middle to later opening round.

In an existing keeper league once you own a player you know is capable of averaging over 110 and is only 21 you hold onto them for dear life.