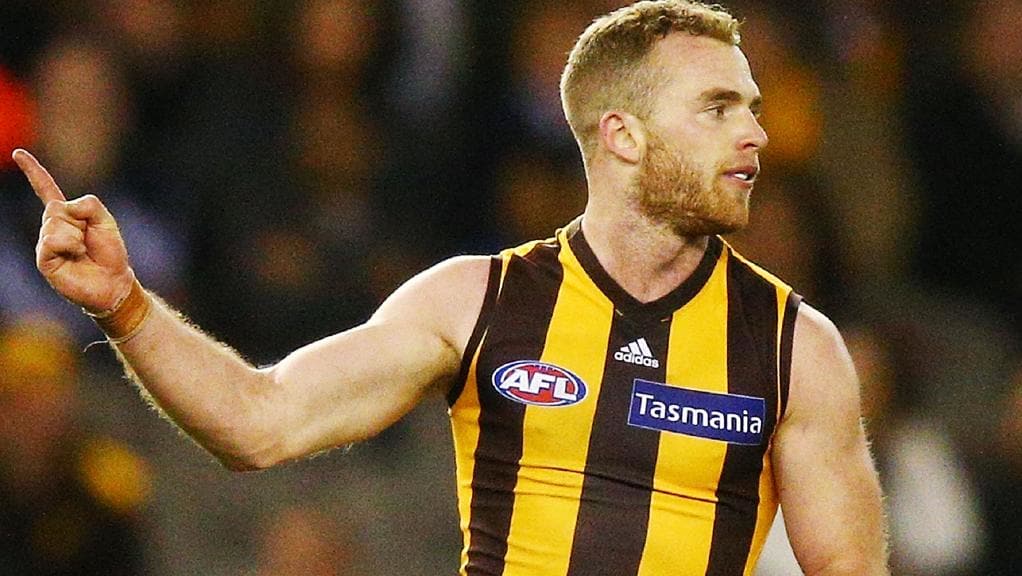 He’s one of the most elite fantasy footballers we’ve ever seen. However, coming off a severely broken leg will Tom Mitchell return to his brilliant best?

The date was January 10th, 2019. A day that on the surface seems to be irrelevant, but for Tom Mitchell, the Hawks and fantasy coaches it was super important. It was the day that ‘Titch’ broke his leg at Hawthorn training.

It was a disappointing start to the season for all after what was a phenomenal 2018 season. Mitchell, led the league in disposals with 848, an average of 35 per game. The inside beast averaged more than 16 contested possessions and eight clearances a game. Mitchell also ended winning the AFL Players Association MVP award, being included in the All Australian Team and winning his first Brownlow Medal.

Across that season for SuperCoach he had only one game where his scoring dipped beneath 80. Mitchell reached triple figures in 18 games, had 14 scores over 120 and nine that was over 140. Two of those games were over 180 including personal best against Carlton. That game he had 46 possessions, nine tackles, two goals and 192 SuperCoach points.

However, ‘Titch’ has been a scoring beast for a long time. In his first season at Hawthorn for SuperCoach he had only two matches all season he failed to reach the ton with scores of 98 & 85. That year (2018) he averaged 118.8, which consisted of 20 scores over one hundred, and nine over 120.

Tom Mitchell’s in AFLFantasy/DreamTeam has a seasonal (2018) low of 94, and it was one of only two scores that he didn’t reach the ton. From his 20 scores over the hundred markers, fifteen of them were above 120 and five over 140 including a 177 against the Magpies.

No coach in SuperCoach, AFLFantasy or DreamTeam would doubt that Tom Mitchell is one of the most elite scoring forces we’ve ever seen. However, we have one gigantic question we must answer before selecting him?

No, it’s not about if he’ll struggle to maintain such a high possession game. Even with the development of James Worpel last season and the continued positive health of Jaeger O’Meara the way Titch gets to the ball both on the inside and outside of contests will not stop him from pushing as one of the top-scoring players.

Even if the club does ease him back into it via a different role he’s shown even at Sydney he can score with low time through the midfield.

The big concern is, how does the broken leg impact his scoring this year? The positive for coaches is just in the past week Hawthorn has been very positive in that he will be right to go for the opening game of the year.

Former Hawthorn champion and now assistant coach Sam Mitchell had this to say recently. “He’s certainly looking pretty sharp … the plan at this point is that he’ll be ready to play sometime in the pre-season games and be ready for round one.”

That’s positive news, but will he return as the scoring beast of old? Or will we see some regression? Honestly, hindsight will tell us in the end, but what we can do is look to other players that have suffered similar injuries and see what differential occurred (if any) coming back from a severe break.

Michael Barlow, in his debut season of 2010, was dominating the game. An average of 109 in AFLFantasy and 116 was cut short horrifically with a broken leg. The following season he managed to average only 85 in AFLFantasy and 83 in SuperCoach.

While the numbers aren’t as drastic, we have seen scoring dips from Michael Voss, Robbie Gray and Mitch Wallis all coming back from injury. So based on history, the question to ponder isn’t will he regress? But instead, how much and is he still worth selecting?

It’s only a small flag, but Mitchell does fave two of the more damaging taggers in the game after the bye Round in Ben Jacobs and Matt de Boer. He’s far from a certainty give O’Meara is arguably more damaging with the ball, but it is something to consider.

In AFLFantasy it’s an absolute no brainer selection. Give his discount, the two trades a week and the fact he’s in over 50% of teams he is as close to a ‘must have’ as you can get. Honestly, if this list was for AFLFantasy only he would’ve been #1.

SuperCoach, I’m more cautious. I don’t believe he offers the value to start him given the potential risks. So in that format, I’ll target him as an upgrade. In DreamTeam, he does present value and is someone I will consider seriously.

I’ll be watching him very closely in the Marsh preseason games, not just for his scoring points but how he moves and does he show any hesitation or drastic role change.

His draft range is incredibly challenging to forecast. While we all say we won’t reach to own him, the fact is when it comes around to your selection on draft day, you’ll have a split second dilemma. To take or not to take Tom Mitchell. In all honesty, while there are risks associated, I still see him flying off draft boards in the second round.

His potential upside is so significant that even the most experienced coach will find it hard to pass him up.