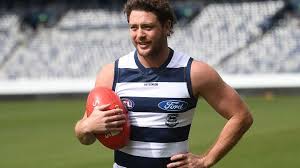 2019 was a rough season personally for Jack Steven. Can a new home and potentially a new role refresh this former St Kilda star?

2019 was a difficult season for Jack Steven. After failing to secure a rumoured trade during the previous offseason he never really got his season going. He played four of the opening six matches of the year, but in May he took an extended break from football to deal with mental health issues.

During those opening four matches he posted two scores over 90 in all formats, one against the Suns, the other the Crows.

It wasn’t until August when the four-time St Kilda best and fairest players was seen again playing at the elite level. Upon his return, Jack himself admitted he wasn’t at peak physical fitness but mentally was in a much stronger place. Because of this, he spent his final three matches of the season plonked firmly inside the Saints forward fifty.

For fantasy footy coaches, this is how he became forward eligible for us in 2020. Thankfully in one of these matches, we did see flashes of the Steven of old. Against Fremantle, he won 22 possessions, kicked three goals and scored 105 in AFLFantasy/DreamTeam and 96 in SuperCoach.

In his most recent full season at AFL level, he played 22 games and averaged 96.6 in AFLFantasy/DreamTeam which featured 10 tons. In SuperCoach, he averaged 94.5 and scored over 100 in 10 matches. P

Throughout playing fantasy footy for numerous years, you get accustomed to hearing specific phrases. These include, but aren’t limited too ‘training the house down’ and ‘more midfield time.’ Recently on Melbourne radio station, SEN Patrick Dangerfield spoke highly about the potential impact Jack Steven will have at Geelong. Here are just some of the things Danger had to say on the clubs newest recruit.

“Obviously with the loss of Tim (Kelly), he’s going to be an important player for us and we think he’s that line breaker and goal kicker that we have seen him do across his career.

“He’s got pace, he’s got break-neck speed, he’s a four-time best and fairest winner, and if he can approach that, I know they’ve lost Tim Kelly, what an injection (Steven) is into that side.

The big question this preseason is around what role does he play at Geelong? The departure of Tim Kelly has created an opening inside the midfield for the Cats. The skill sets of he and Tim aren’t identical, but his ability to run and carry and burst from stoppage is an impressive skill for the Cats.

Geelong is firmly pushing hard for another chance at a premiership this season, make no mistake about that. It’s why allowing Jack to play mainly through the midfield makes sense. However, the club will need to keep half an eye to the future with Gary Ablett, Joel Selwood and even Patrick Dangerfield heading towards the twilight of their careers. Young Cats like Charlie Constable, Quinton Narle, Nakia Cockatoo and Brandan Parfitt will need substantial midfield minutes for Geelong to future proof the side.

One thing to factor in through this is that Steven isn’t a natural forward in the sense that he didn’t play last year in that role by choice. Instead, it was born out of necessity as he lacked the fitness base to play through the midfield. Geelong is also stacked in this line with Gryan Miers, Luke Dahlhaus and Gary Rohan all adding some flair and pressure inside forward 50.

Can you pick him and Devon Smith in your side? In short, the answer is yes, especially if it helps push another forward cash cow off the ground. The key variable will be around how many other stepping stone selections you have in the additional 28 spots. Although both present the potential to be season-long ‘keepers’ you need to also plan for them not to be.

Everything seemed to be going to script for Steven until just days ago he tweaked his calf at training. Thankfully, it appears to be nothing too serious, and the club anticipates he’ll re-join the main group in coming days. If that eventuates, we should see him playing his first game as a Cat in the Marsh Community Series against Gold Coast on February 22.

The range of where he goes in drafts will vary in part depending on when your draft is hosted. If it’s after the preseason matches and he’s playing through the midfield, I do see a world where people would use a pick to select him as their F2.
Right now, I wouldn’t be reaching any higher than a prospective F3 choice on him.