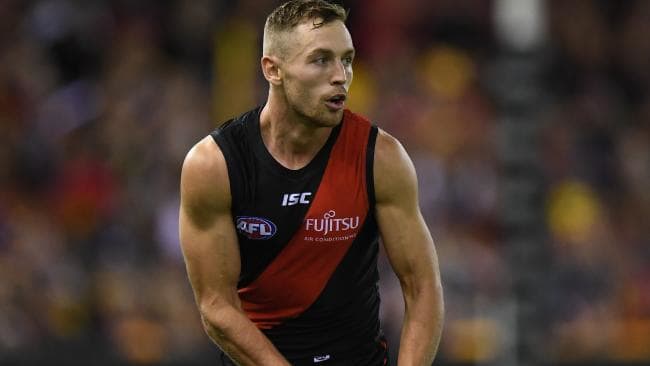 He established himself as a premium forward in 2018. However, his 2019 was crushed with injuries. In 2020, is Devon Smith‘s value too good to pass up on?

2019 was a difficult season for Devon Smith. The year started with an elbow injury in February at training the impacted his preseason. He managed to squeeze seven games in before he succumbed to his troubling knee and was required to miss the remainder of the season.

Even before the injury, the then highly owned MID/FWD wasn’t returning scores that owners were expecting. In AFLFantasy/DreamTeam he had only one score over 100 and an additional two scores over 80 going at an average of 79. For SuperCoach just the one score over 100, this was also his only score over 80. He ended the season with a disappointing average of 69.

Smith was rotating through the midfield and half-forward similar to 2018, but his fantasy output mirrored a drop in all scoring lines. He dropped an average of four possessions a game, one mark and almost three tackles a game.

What fantasy footy coaches are excited about is that at his price point he’s massive value if he can return his 2018.

That season in SuperCoach he averaged 96.8 from 22 games. He scored eleven tons, four of them were over 120; also, he had four scores between 90-99. The scores were even stronger in AFLFantasy/DreamTeam, He averaged 106, posted twelve scores over 100, six of those were over 120 including a 150. Additionally, in eight matches he scored between 90-99. That wasn’t a typo. Devon had only two scores drop below 90 all year.

A major discussion point for fantasy coaches around Devon will be about if 2018 an outlier? Both from scoring and injury perspective. As yet he’s been unable to play 22 games outside of that year. However, between 2014-2105, he missed only three games overall.

In both DreamTeam or SuperCoach he’s priced well beneath these scores, currently ranked for averages just outside the top 50 forwards for averages in DreamTeam. In SuperCoach he doesn’t even make the top 100. If he can get near those scores, let alone his 2018 year, then he should prove an excellent selection.

As a starting squad option in AFLFantasy, he is a huge pass. Given he’s priced almost identically to Dustin Martin, I cannot see how you can start him. He presents no value, so you’re picking him to score near or identical at his 2018 season.

In AFLFantasy we have two trades to use or lose each week he is a genuine upgrade target if he shows he can return scoring near an average of 100.

What do you need to see in the preseason to select him? In a word, tackling. The thing that aided his best scoring season was an extremely high tackle count. That year he broke the record for tackles in a season at an average of 8.5 a game. Across the Marsh preseason games, the indicator that he’s near his scoring potential will be around his pressure acts. If these are present, that’ll give me the confidence I need to pick him.

Devon doesn’t need 30 disposals a game to score well. I’d prefer him not to. The perfect statistical game both he and fantasy would be looking for is 20-22 possessions, 3-4 marks, 1-2 goals and 6-7 tackles. If we got that, he’d provide a valuable role for the Bombers and turn in close to premium numbers as a forward.

In SuperCoach and DreamTeam at his price point, I find him near impossible to pass on. In AFLFantasy, he’s an upgrade target.

Devon Smith could be one of the steals of the draft. He has the potential in AFLFantasy/AFLDreamTeam drafts to score as good as players like Dustin Martin and Michael Walters. Given he’s ranked well outside the top 20 forwards on average he could slide in some leagues. I’d love to use my F3 selection on him, but in all honesty you’ll more likely need to use an F2 selection if your desperate to own him .

SuperCoach leagues he slides even further, but given the salary cap formats preseason hype he should go well before his average ranks him. I’d be laughing if I got him as an F4, and wouldn’t be shocked if he drffted that late.