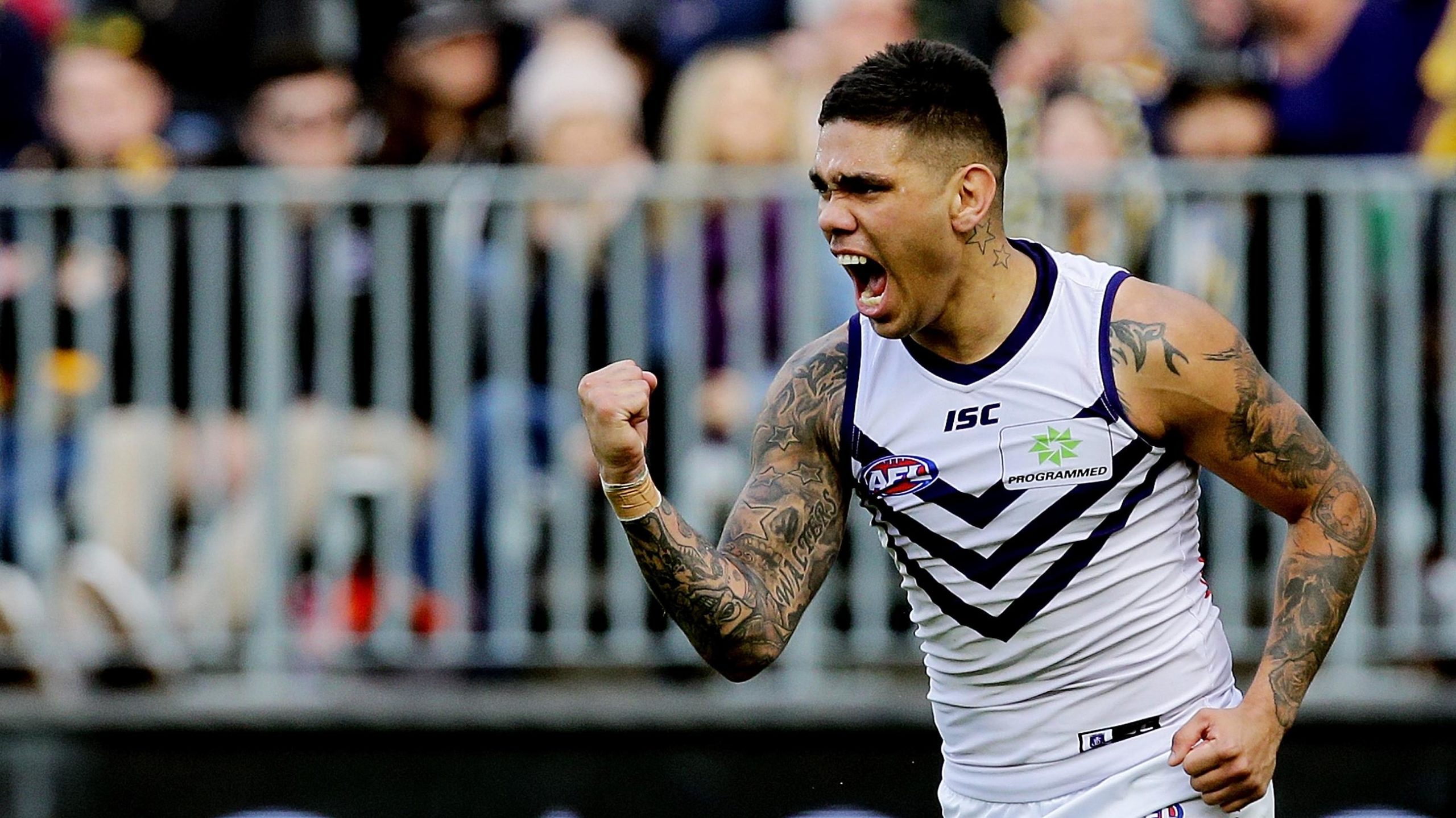 With the departure of many popular forwards, is Michael Walters now primed to be one of of our best premiums this year?

Our forward lines have taken a beating this year. The majority of last seasons top ten forwards are no longer available. Travis Boak, Patrick Dangerfield, Jack Billings, Rowan Marshall, James Worpel, Josh Dunkley and Tim Kelly are all gone! While many top options have departed, one of them has stayed.

Last year he averaged 93, had six scores of 100 or more, four over 110 including a 143 against Port Adelaide. In addition to these tons, he had seven scores between 90-99. Across 22 games last year he also showed his high scoring floor with only two scores sub 70 previous years.

SuperCoach was an even better result. He’s currently ranked as the second-best forward by averages with Lachie Whitfield the only ahead of him. He’s also one of only three forwards who have an average over 100. Topping it off he’s ranked as the Top scoring forward for total points and is a clear 150 clear of Issac Heeney who is second.

Across 2019 in SuperCoach he hit the ton in twelve of his 22 matches. Six of his tons were over 120 including a six-goal game and 158 scores against Port Adelaide. In addition to his twelve tons, he had three additional matches between 90-99. Like in AFLFantasy, he barely gave owners a poor score with his two scores dipping below 70 all year.

Fremantle does have a relatively good opening few months of football. The possibility of them winning four games in the eight weeks is possible. Over the first eight weeks, they play – Bombers (A), hawks (H), Demons(A), Suns (H), Roos (A), Cats (H)Eagles (H) Crows (A). A handful of victories here could kick start scoring season of Sonny and your fantasy footy side.

One of the most intriguing narratives of this year will be the different strategies coaches employ for the forward line. With the vast majority of last seasons best departing, we find ourselves left with a significant dilemma in our forward lines. Beyond new inclusions Lachie Whitfield and Dustin Martin it appears we have no clear third in line, let alone a top five. The variance and potential outcomes inside our forwards look one of the most open in years. On first glance that could be daunting and concerning, however, I see it the complete opposite.

With less ‘must picks’ through this line it should make coaches look more left of centre at some players and hopefully add some uniqueness to the game. With so many questions in our forward line, I am confident about one thing. Michael Walters will not play as a full-time midfielder this year. Not because he can’t, but rather it’s because he is an elite small forward. If the Dockers are any chance of winning ten games or more this year, it won’t be because ‘Sonny’ never played forward.

All that to be said, I do believe while he won’t play exclusive midfield, he will play through that line predominantly. The Fremantle football club has lost Ed Langdon and Brad Hill through last years Trade Period. Both bring speed, experience and class to a midfield that now looks very slim. Thankfully for the club, Michael Walters has those qualities in spades and at 29 will add some experience to support Nat Fyfe.

With the outgoings of some experience they’ve topped up nicely in the draft, but none of them is the immediate fix. However, they could hold the key for releasing Sonny up the ground more regulalrly. Liam Henry is creative classy on both sides, has terrific goal sense and is the closest replacement you’ll ever get to Michael Walters. Fellow top 10 selection Caleb Serong is a competitive animal that’s damaging inside forward 50 as well as being a polished midfielder who’s clean hands and composure will add a new element to the dockers.

The addition of these two I believe will allow Sonny to play up to 80% of game time through the midfield, and as such we should see his scoring in all formats of the game place him right in contention as a top-five scoring option.

In the limited trade formats of SuperCoach & DreamTeam if I were starting three premium forwards, then I’d seriously factor in Michael Walters as a starting squad option. Or perhaps if you believe Dusty might slow like previous seasons, then he could be the F2 you need to get ahead.

I believe Michael Walters will be a top-five scoring forward for us across all lines, and as such needs to be firmly on our preseason watchlist.

In every draft, I see Lachie Whitfield and Dustin Martin as the first two forwards off the draft board. Both of these stars will go inside the top 15 picks in all drafts. What forwards go next, and where will vary in many drafts. For me, Michael Walters looks to be one of the safest 90+ averaging forwards we’ll get this year, as such I can see him getting picked as early as a late third-round pick as coaches will be desperate to lock away a strong F1.