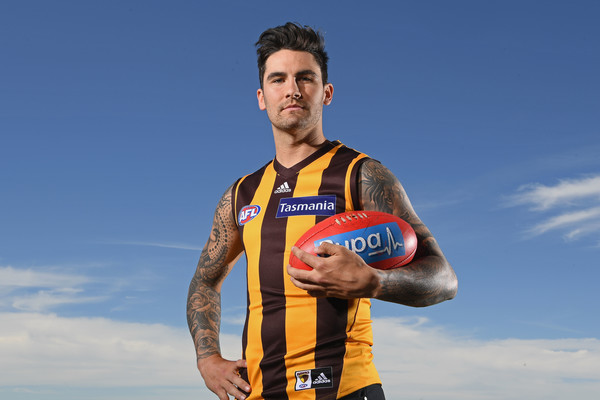 When given the right role he’s a premium forward but does a move clubs help or hinder his fantasy footy relevance?

Chad Wingard is a special player! He posses a rare combination of line breaking speed, terrific goal sense, elusive in the contest, strong overhead grab and the ability to find players in space at seeming ease. While Power fans will be very happy with there haul from the trade it cant be understated just how big of the loss his talent will be for the club and how much of a gain to the Hawks he is.

In his final season at the Power, it was very much a split season from a fantasy footy perspective. Over his opening 9 games of the season, he had just one score over 90 and averaged 64 in AFLFantasy/DreamTeam and 69 in SuperCoach. During this time Wingard was barely used outside forward 50 often as a crumbing forward at the feet of the Port tall forwards. From round 12 until seasons end his role in the side changed drastically as he was released to play predominantly as a midfielder and as such his fantasy numbers skyrocketed. During these 12 games, he scored 5 tons, didn’t drop below 73 and averaged 96 in AFLFantasy/DreamTeam. While for SuperCoach it was 8 scores over the hundred markers, a lowest of 80 and an average of 102. Coaches that timed his inclusion correctly where rewarded with premium numbers at a minimal amount.

Time and time again over his career Wingard has shown off his elite talents winning All Australian honours in 2013 and 2015. In both of these years, he averaged 90 in SuperCoach so he’s from a one season wonder when it comes to his fantasy scoring.

In 2017 Ken Hinkley used him in almost the perfect role for most of the year and it returned him a consistent season across averaging 22 disposals, 4 marks, 3 tackles, just over a goal a game and in all formats, he averaged over 90 with just a handful of tons in each.

His career has also shown that when allowed to get the right role which can include rotations through the midfield then he’s got the capabilities to be a premium forward.

Ever since fantasy footy beast Tom Mitchell went down a little over a week ago the speculation about who does take the responsibility in the midfield has been frantic. While I do think Chad Wingard can and has played a role in the Port midfield group, to suggest he alone will replace Titch and play exclusively midfield is ignorant. Yes, Chad is more than capable of winning the ball inside the contest, but he’s far from the inside bull, clearance player and first touch extraction specialist that Mitchell was. While Mitchell going down does further weaken an already shallow midfield his role in the side won’t be replaced by exclusive midfield rotations from Wingard, rather players such as James Worpel, James Cousins and even Daniel Howe will need to take greater responsibility as ball winners. To believe Mitchell out equals Wingard a fantasy lock without proof is a misunderstanding of each players strengths. That said, I do believe he’ll be required to increase his midfield rotations by a few per term, but just won’t be the ‘1 in 1 out’ that some in the fantasy community have proposed.

So what role does he have in the Hawthorn side? Plenty of times Hawks Coach Alastair Clarkson has spoken very favourably of Wingard in the past having watched him closely when he coached the international rules team. For mine, I believe Clarkson sees Wingard as a forward who can certainly take his turn in the midfield; but be predominantly used as a match winner inside the forward half. By recruiting him the Hawks have gone as close as they can get to a Cyril Rioli replacement.

At Port when he’s given the chance to not just be a small pressure and goal kicking forward Wingard has shown even with minimal midfield rotations he’s capable of scoring enough to be a premium forward and an average north of 90. Given the talent, they have deep inside forward 50 with smalls like Luke Bruest and even Paul Puopolo added to that the hefty price the Hawks have paid a hefty price for him and I do not believe they’ll misuse use this elite star of the game. While he’s far from locked given the unknowns of how he will be used for certain, he does offer strong value if he does get the role I predict. A potential underpriced premium is on offer and during the JLT Series and preseason match simulation I’ll watch with interest how Clarko uses him.

On he can push a top 10 average and be a worthy F1 selection in any but given the unknowns and the calibre of forwards that we have it’d be foolish to do so. While some leagues may have him fall to an F3, I do think more often than not coaches who want to own him will be using an F2 selection to own Chad.