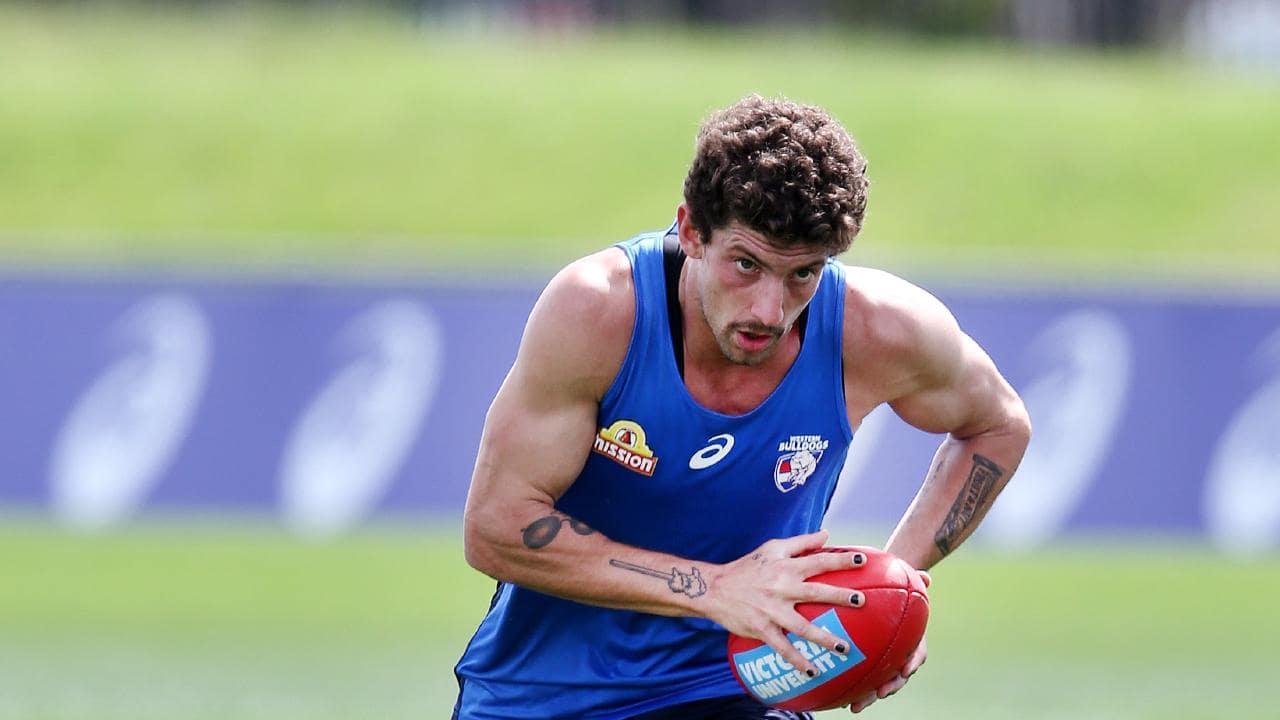 2018 was billed as the year we’d see Libba and his Bulldogs back to there premiership winning best. Sadly injury stalled his season, but he looks happy, hungry and ready to deliver a huge 2019 season.

Sadly 2018 ended almost as soon as it started for the 2016 Premiership midfielder. Just minutes into the first quarter of the opening game of the season an ACL injury ended his year. This was especially cruel for fantasy coaches taking the plunge on Libba as he’d shown during the preseason he was finally back to his best with scores of 86 & 96 for AFLFantasy/DreamTeam and 99 & 123 in SuperCoach for the JLT Community Series.

2017 was a difficult season for Tom but he wasn’t the only Bulldog that struggled to back up from a fairytale premiership. After averaging 108 in SuperCoach and 103 in AFLFantasy/DreamTeam over the opening 3 rounds he only scored one more ton for the year across all formats and ended up with an average of 79 in SuperCoach and 72 in AFLFantasy/DreamTeam.

During the later parts of the year, he received plenty of media criticism and from within the 4 walls of the club and while some of the heat was unwarranted he’d set such a high standard in years previously that any drop off was noticeable.

As a fantasy performer, his best years came in 2013 & 2014 where he played every game and averaged 98.1 in AFLFantasy and 108 in SuperCoach combined over the 44 games. During that time he posted 27 SuperCoach tons and 19 in AFLFantasy/DreamTeam, yes it’s some time ago now, but worth reminding ourselves of his scoring capabilities when injury free and allowed to dominate inside the contest.

This isn’t the first time Libba’s come back from an ACL injury, he first did one that saw him miss the entirety of the 2015 season. After returning from injury he averaged 81 in AFLFantasy/DreamTeam and 90 in SuperCoach. Fantasy footy coaches who role with Libba will happily take scores like that again.

Can he get back to his 2013 and 2014 averages? Honestly, The game has evolved so much and so many more players go through the Bulldog midfield than back than. However, for the selection of Libba to pay dividends he doesn’t need to. He’s priced against someone in the early ’50s and even if like last time he comes back and delivers a bad season, he should still score 20-25 points per game higher on that price point.

Some fantasy coaches may see the value but not want the selection because the Bulldogs have the opening bye round and would prefer a midprice midfielder to be able to run through at least one of the bye rounds like an Anthony Mils or Aaron Hall which I can understand that perspective I wouldn’t let that dictate whether I selected him or not. If you believe he’s the best scoring option of the stepping stone midfield bunch rather adjust your upgrade plans and strategies not sacrifice on selecting the ‘better’ scorer.

I’ve got Libba locked in my SuperCoach as at that price point he’s basically an inflated Cash Cow. For Fantasy and DreamTeam he’s right in the mix, but not currently locked away.

Libba will be drafted make no mistake about it, the question is where not will he. The range and midfield space he goes will depend in large to the amount of coaches in the league. For mine if Libba was my last drafted midfield on ground I’d be over the moon, potential you may have to jump earlier than that given his scoring history.