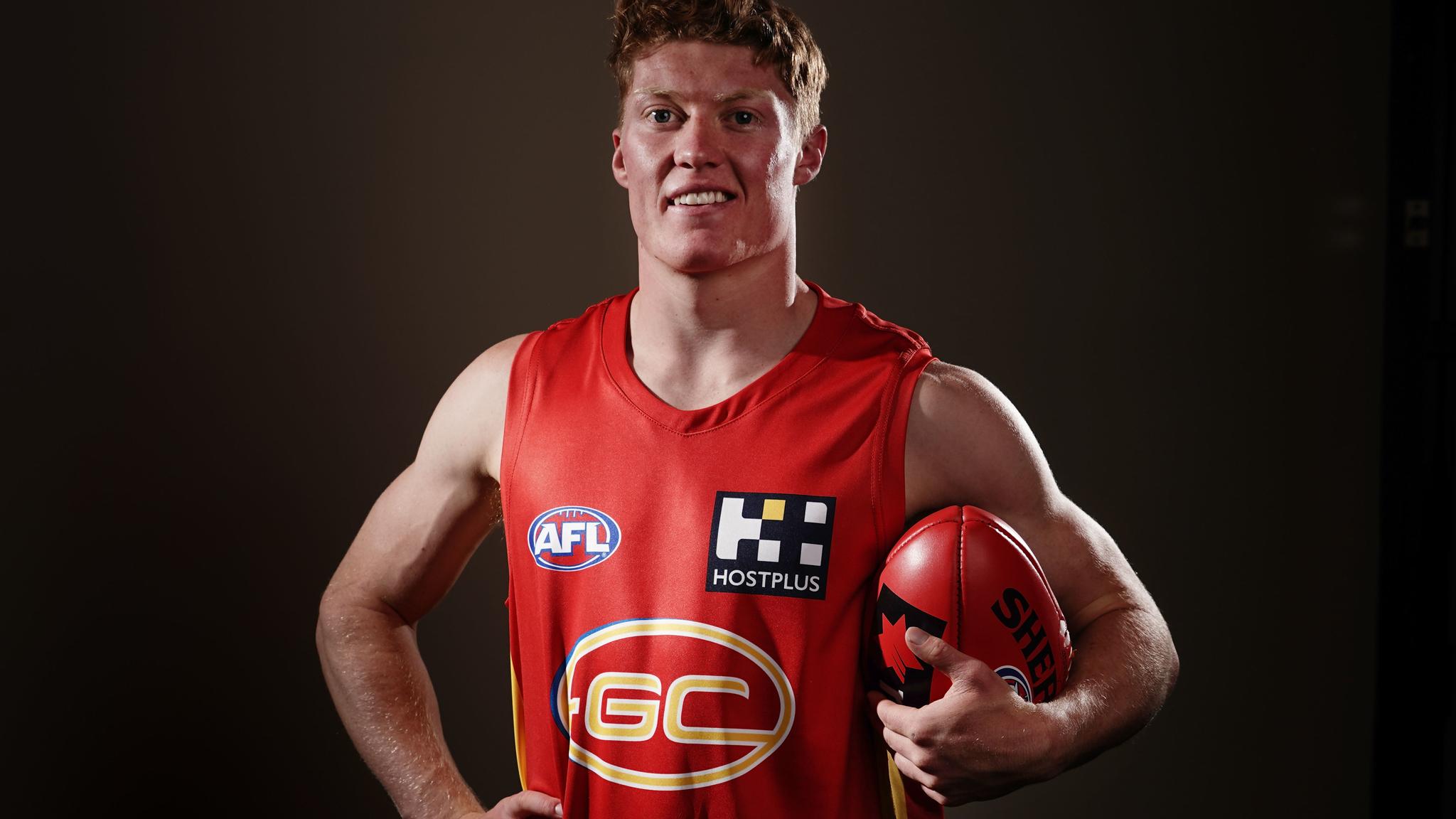 Will it be worth spending top dollar for last years #1 AFL draft pick?

Like 12 months earlier with Sam Walsh, the number one selection in the draft was clear for the majority of this season. Inside midfielder Matt Rowell dominated the Under 18 Championships for Vic Metro and the NAB league for Oakleigh Chargers.

For the past few seasons, Rowell has dominated the junior tournaments. He’s won back-to-back best-afield medals in the Under 18 Grand Finals. This year in Oakleigh’s premiership win he had 44 disposals and two crucial goals.

Here’s a picture of his total stats dominance over the past two seasons across his time playing for Oakleigh and Vic Metro.

He is such a dominant inside midfielder. You could build the case that he is already the best midfielder at Gold Coast. That’s not a slide on the talent they have, instead, it’s an indicator at just how good he already is.

The inside bull doesn’t waste touches, and he has a burst of speed away from stoppages. You can lock him in for Round 1 this year if fit. He has the ball-winning skills, defensive efforts and a solid tank to have an impact from day one.

Priced over $200,000 across all fantasy football formats Matt Rowell is the most expensive first-year player in the game. However, if he can even get close to the fantasy scores of Sam Walsh, then it will be worth every cent.

Historically, spending the big bucks on the top-priced cash cow midfielders hasn’t always been the correct play. Here’s a breakdown of how the all #1 draft and mini-draft selections since 2010. I’ve removed all key position players. Here’s how they scored in terms of fantasy footy output in their debut season.

One key factor in the decision-making process is, do you believe in ‘paying up for job security’? Without playing our cash cows become null and void. I understand that perspective. However, just because of players increased price, it doesn’t guarantee them games. Instead, it must be based on the unique variables on why they are getting games to begin.

We are using AFLDreamTeam pricing formats as an illustration. Currently, Rowell is priced at an average of 35 ($252,200). If we were to contrast him to a Ned McHenry ($160,900) is around 22. Straight away, Rowell is giving up thirteen points on the starting price average. To simplify the equation, we want Rowell to score 13 points per game more than McHenry generate the same out of money. While McHenry may not ‘score the same’ on-field, he doesn’t have to for him to make the same amount of money. Also, the salary cap saved (in this illustration is $91K) could be the difference between going from starting Scott Pendlebury to affording Jack Macrae which based on last years averages is 12 points per game.

The logic is similar across SuperCoach and AFLFantasy. However, the key questions we need to discover over the preseason are:

– How many rookies will we get that are midfield eligible?

– How are they priced?

– Do you forecast Rowell will score approximately 15 points per game more than the lower-priced rookies?

The answers to these questions will give you an informed perspective to make the best decision possible for your side and the strategies your choosing to action.

Finally, should Matt Rowell commence the season and for whatever justification you choose to take him on, the other factor you need to consider is around ownership. If his ownership is north of 50%-60% of teams any risk of ‘overpaying’ to own him gets eliminated. If you do choose to take him on, my encouragement is to set an ownership benchmark that you feel comfortable, because there is a point where the risk vs reward can switch very quickly against you.

So many of the stats line up about Rowell and Walsh, how are they different? One of the critical differences between Sam Walsh and Matt Rowell is that Rowell is a higher risk of being tagged. At Carlton as good as Walsh is, no coach is crazy enough to choose to negate his input in a game and allow Cripps to go free. At Gold Coast, nobody is demanding attention ahead of him. Not every side players ‘taggers’ but for those that do, Rowell is a genuine candidate to cop it.

For what it’s worth the opening six matches for Gold Coast are: Port Adelaide, Geelong, Sydney, Fremantle, Melbourne and GWS. Round three against Sydney should they tag will be a crucial game in terms of his cash generation.

Currently, like I did Sam Walsh, I have him in my side. I will watch him, and our other cash cows preseasons and Marsh series games to give me all the information I need to make an informed decision.

Matt Rowell is a midfielder who in keeper leagues will be valued incredibly highly for many years to come. Regardless of my ladder position in a keeper league, I’d be doing anything I could to get access to the #1 selection, barring something extraordinary being dropped back into the pool he’s the clear pick in your draft.

For single-season / redraft leagues, I don’t mind him as a selection in the last few rounds of the draft in the hope that he does match, Sam Walsh.