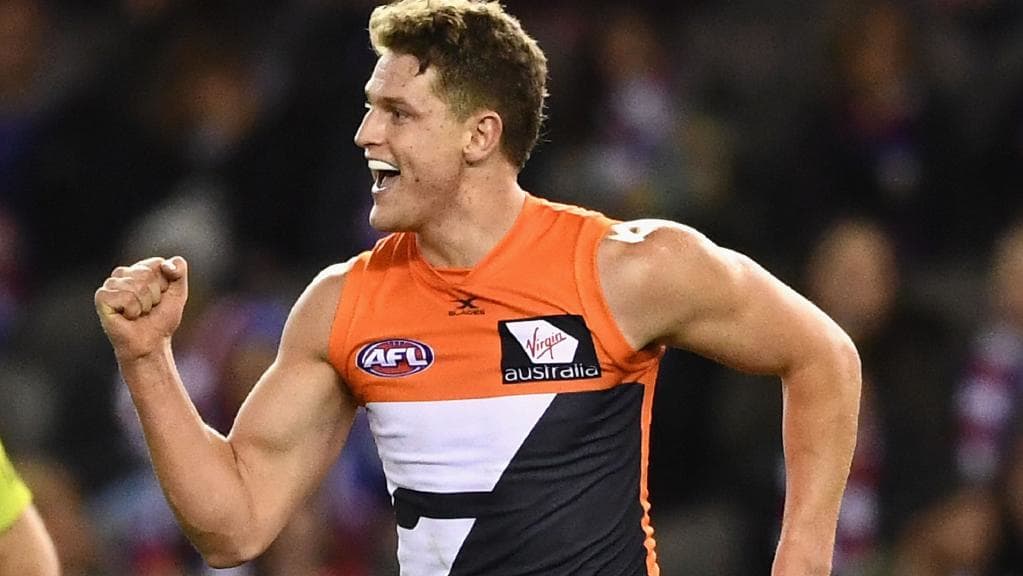 When Dylan Shiel departed the GWS Giants he did have one former teammate who was beaming with excitement, Jacob Hopper. Finally, a full-time midfield spot was up for grabs and I fully expect the beast to take it.

In his draft year, he was ranked by Champion Data as the top prospect and constantly would dominant games inside the contest. In his final season at TAC Cup level the midfielder averaged 23 disposals and more than half of those were won in contested situations. He recorded nearly seven clearances a game and also averaged five tackles.

In his first season of AFL managed just the 8 games but showed plenty of promise with a score of 97 AFLFantasy and 106 SuperCoach points on debut. His second season was interrupted by hamstring and finger injuries, but his return just before finals certainly was a boost for the Giants including arguably his best career game to that point in the preliminary final loss to the Tigers where he won 13 of his 27 possessions where contested and more than held his own against the eventual premiers.

His 2018 saw his development continue with an increase of his averages with a rise of 13 points in AFLFantasy/DreamTeam to 78 and 17 points in SuperCoach to 79 from the year prior. It’s only a small sample size, but during a 10-week window between mid-season he scored 3 AFLFantasy/DreamTeam tons and averaged 87.8 while in SuperCoach during the same stretch he averaged 90 with just the 2 centuries. Everything is trending that his fourth season at AFL level he should see him further develop and increase this scoring again and that was before one of the sides best midfielders departed the club.

During the trade window, GWS lost one of the sides premier midfielders in Dylan Shiel and while losing stars from your side hurt the Giants are far from lacking for youngsters ready to take the responsibility inside the midfield unit. These midfield rotations need to be distributed among a few players and while I can see new draftees Jye Caldwell or even Jackson Hateley getting a chance in the side it’ll be existing youngsters like Tim Taranto and Jacob Hopper that take on the bulk of the work and responsibility of these rotations. More midfield rotations, more responsibility inside the contest and another preseason under his belt could see Hopper push that average right towards the triple figure range.

From junior level to NEAFL and now in the AFL Jacob Hopper digs into contests, finds ways to extract the ball out and opponents are finding it increasingly more difficult to stop him. Furthermore, he’s a terrific mark overhead for his size, and also a more than capable finisher around the goal. The comparisons as a junior were to AFL stars, Patrick Dangerfield and Sydney’s Josh Kennedy are certainly not far off the mark.

The question shouldn’t be will he increase his scores and averages, but rather will the increase be enough for salary cap coaches to choose him in there starting squads? We certainly don’t lack for value in all lines, but in the midfield alone players that have already averaged as a premium like Tom Liberatore and Dan Hannebery are strong competitors for a midprice midfield spot. While Anthony Miles hasn’t done it at AFL level consistently he certainly shows promise. All three push could towards the 90’s average marker early on in the year and are cheaper than him. Given his price point in contrast to these others, Hopper needs to average over 100 for coaches that do take the punt on him to gain full benefit from his selection.

It wouldn’t surprise me at all if Hopper averaged over 100 in all formats of the game this year, but neither would it if he only jumped up 10-13 points and get inside the low 90’s. He’s right in the mix for me in AFLFantasy as I love to look for value options who could push out some premium scores and generate cash early, while in SuperCoach and DreamTeam he faces tough competition for a spot. Far from ruled out of selection, but at this stage, he’s a JLT watch and .

Given his current average, Hopper is someone that without any improvement in points would like just be bench coverage probably at best. However, as I’ve discussed I believe there will be significant points gain and as such if you want to own him in a seasonal draft you’ll need to jump a few rounds ahead of where he’s currently positioned. While based on current average he’s a likely M7, in all he’s going 2 maybe 3 midfield positions ahead of that so if you want him M4 wouldn’t be out of the equation. Coaches that land him at M5 would be thrilled.

In a keeper league, I’d be seriously targetting him right now. Everything points to him being a scoring beast for a very long time.