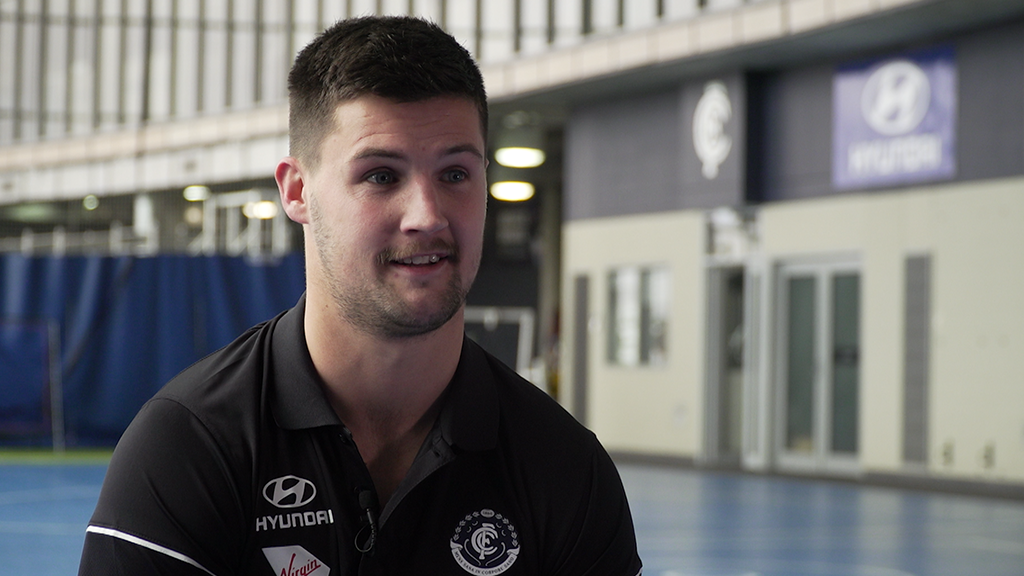 One positive thing comes from injuries and that’s opportunities for others. An injury to Sam Docherty could be a huge fantasy boost for Nic Newman.

For years both in the NEAFL and the chances he’s been given at AFL level Nic Newman has shown his fantasy football potential. After being initially selected by the Swans at pick #35 in the 2015 rookie draft he was able to force his way into the side in 2017. That year he was one of the best available cash cows for fantasy coaches. For AFLFantasy/DreamTeam coaches he averaged 86.6 from 18 matches, 7 games he scored over his average, 5 of those were hundreds including a match in round 8 against the Roos where he famously was a late inclusion after being dropped and went on to score a career-best 135. In 2017 for SuperCoach he averaged 82.6, 8 scores were over his average with 3 of those tons including his personal best a 151 against North Melbourne.

2018 wasn’t as kind for Nic both from games played and also a fantasy footy output, he managed just 10 games at the elite level and saw his fantasy averages drop 10 points for all scoring formats. This was due in part to some juggle of his previous season’s role with him being used to fill a variety of role gaps in the Swans side and not allowed play the creative link up role we’d seen previously.

Once Jarrod McVeigh signed up for another season plus some additional trade period recruits in Jackson Thurlow and Ryan Clarke it was clear Nic Newman was once again under significant pressure fighting for a spot. A move to Carlton took place in the chance of gaining more opportunities at AFL level.

Nobody wishes injuries on anyone, however, with the horrible news that Carlton co-captain Sam Docherty has injured his knee and will once again require ACL season-ending surgery a vacancy inside the Carlton backline has opened up. Prior to the news, I wasn’t convinced that Newman was going to crack the Blues best 22.

Nic Newman is very lucky to jag into my 50 most relevant, while he does present potential fantasy footy value it’s hardly a line we lack in stepping stone or breakout candidates. Players such as Brodie Smith, Zach Williams, Pearce Hanley, Grant Birchall,  Wayne Milera, Callum Mills, Jasper Pittard, Andrew McGrath,
Kade Kolodjashnij and Ryan Burton all have done it before in either full seasons or patches of games and show huge potential to push their averages verging on enough to be top 20 options. And at worst case can match what I believe Newman’s likely output could be but given his price tag in contrast the others could make you more bang for your buck.

The reason he is here is that there is a role in the side he can fill and he has shown potential for a monster ceiling for a defender, more so than many of those listed above. If the ‘stars align’ for Newman then it could be an inspired choice, but at his price, he’s likely to be someone you intended to hold and turn into a premium rather than just use as a stepping stone.

I can see a world where Newman comes out and dominates from a fantasy footy perspective, but I can just as easily see him struggling to find a spot inside the 22. It’s taken some time but the Carlton midfield finally looks like it’s coming together with Patrick Cripps, Sam Walsh, Matt Kennedy, Paddy Dow, Liam Stocker, Zac Fisher and Will Setterfield taking the bulk of the work. While still young and developing looks like a promising long term core group while still getting some support from Marc Murphy & Ed Curnow. While I do think Newman should get first chance at a defensive 50 role I could easily see him bring more used to lock down on opponents and players like Lochie O’Brien or even Tom Williamson being the play makers from half back.

For me, I can see the potential and understand why someone could be bullish on him, but to go there personally I’d need to see him deliver strongly in the JLT Series to consider him.

Newman is gonna be hard to place in drafts. I guarantee someone is gonna jump on him early whether it be a Blues supporter wanting a Carlton in the back line or an over zealous fantasy coach bullish he’s gonna go 90+. I’d target to draft him as. D3, but you might not be able to get him by then.