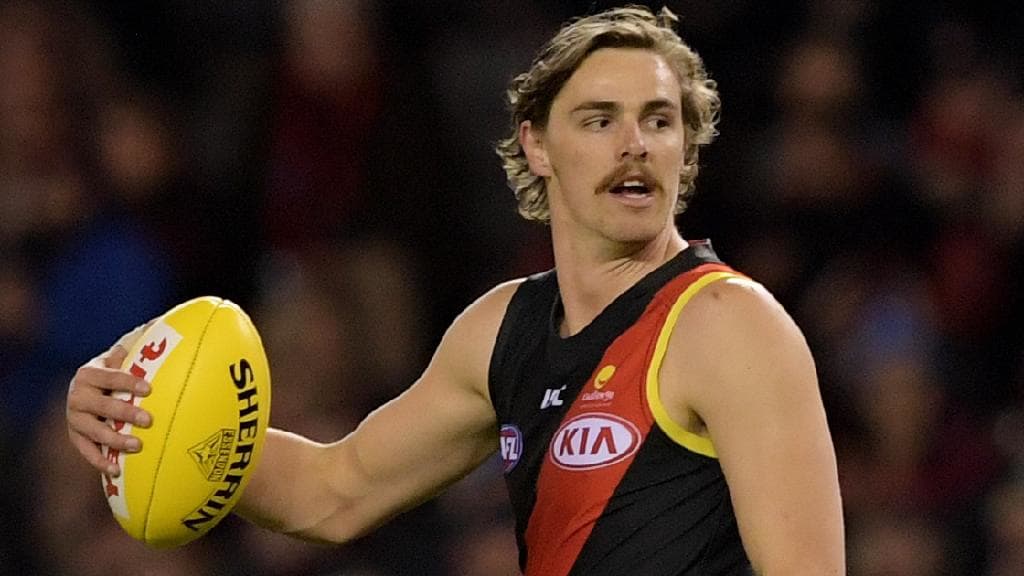 At the verge of entering the 2018 season, Essendon’s prized key position forward looked set to dominate the AFL season. However, a nagging groin injury started to impact his ability to deliver so the Bombers took a cautious approach and ended his season. The one positive is, for fantasy coaches in 2019 we could have an absolute bargain on our hands.

Entering into the 2018 season SuperCoach players and especially Essendon fans were salivating at the possibilities of what Joe Daniher could bring to the football field. And it was with good reason, 5 years into his career and Joe was starting to deliver on the big stage consistently, not just for the odd game, or patches in games. Daniher wasn’t just impacting the games around the ground but inside 50 and on the scoreboard. Despite missing plenty of shots, he still converted through the big sticks at only over 62% and narrowly missed winning his first ever Coleman Medal in 2017.

A look into his 2017 fantasy numbers further confirms this. For SuperCoach he averaged a career-best season of 86, a jump of almost 20 points from his personal best. That year he scored 90+ on nine occasions, six times over 100, including a five-goal haul and a 124 point match against the Eagles. For AFLFantasy/DreamTeam coaches he boosted his previous seasons average by 13 points up to a best of 85. That seasonal average included 11 scores north of 90, including 6 tons. While like all key positions forwards he does require bags of goals to accumulate his scores, it’s important to note that from his 22 games he kicked 3 or more goals in 14 matches. Not a bad conversions rate.

Sadly for coaches that jumped on the Daniher train in 2018, it derailed incredibly quickly. A nagging groin injury not only hurt his ability to impact in the match but also to the fact that after seven games he was sent in for surgery and missed the remainder of Essendon’s season.

However, let’s look at the silver lining. The positive for coaches is he is priced with a discount after playing just seven games, and that’s already on an average that was between 20-30 points below his average the year before. If Joe can get himself fully fit and firing this preseason, I struggle to see a world where he doesn’t bounce back at least to the mid 80’s average of 2017. Every chance that it may even be more given some to be expected natural improvement and the significant boost Dylan Shiel will bring to the midfield unit of Essendon.

If any fantasy coach is considering a ‘stepping stone’ or ‘breakout’ option in the forward line, especially for SuperCoach, then you must seriously consider big Joe!

Confession Time. On my original 50 most relevant back in November I had Joe considerably higher than the high 40’s range he now sits in. He was verging on being inside the top 25 given all of the scoring history and natural development expected of such a quality key position forward. However, several weeks ago AFL writer Cal Twomey wrote an article (click here to read it) suggesting that Joe was in doubt for round one. While he still has months before the season proper gets underway to be fit, this far out it certainly screams alarm bells for fantasy coaches given that in mid-December the club is still unsure if he’ll play round 1.

While at his price he’s verging on a glorified cash cow in SuperCoach for DreamTeam & AFLFantasy coaches for Joe to reach his relevance peak then he needs to play round 1. The reason being is why he does have the potential to be a 90+ averaging forward across the formats he faces stiff competition of being a likely top 6-10 averaging forward.

Patrick Dangerfield, Isaac Heeny, Josh Dunkley, Toby McLean, Devon Smith, Sam Menegola and Lance Franklin all lay strong claims to be in the top bracket, and that’s before considering other viable candidates like Jack Billings, Jesse Hogan, Tim Kelly and even new hawk Chad Wingard pushing for a top 10 spot. Can you have confidence that Joe will average more than them? Possible, yes, but not overwhelming confidence that he’ll better their annual output. I truly believe while starting squads are essential for success for fantasy coaches, the real winners and losers come from the trades they make during the season.

To trade him into your side in DreamTeam or AFLFantasy as an ‘upgrade’ takes more faith than riding him like a breakout or stepping stone option which he’d start as in your side as.

His relevance is very high, higher than where I’ve placed him if he plays through some JLT and gets named round 1. If he does deliver premium numbers and he becomes someone you keep, happy days you’ve got a value premium, if not you bank the points and cash he generates you along the way. I always forecast that with any midprice selections I need to plan to trade that player at some point, I may never need to (e.g. coaches who started with Clayton Oliver 2 years back) but I need to be prepared for it.

If he plays JLT and gets named round 1, he’s virtually a SuperCoach lock for and will be for many SC players. While in the other formats I’ll consider it. Even if he’s not right in round 1, at some point in the season if he’s fit, I’m aboard the Daniher train in SuperCoach.

Joe’s a hard one to land, and depending on the format he’s likely to vary where he’s selected. On potential, he could be a clear F2, 90 average in your side, but I wouldn’t be drafting him that high. In reality, for seasonal drafts, he’s probably not selected inside the top 100 selections and is someone you might even be able to draft inside the early teen rounds depending on the knowledge and quality of coaches your up against.

Keeper leagues it’s a different story altogether, given his age and the fact he’ll retain forward status for his career I wouldn’t feel it’s out of place to consider selecting Joe inside the top 70 picks. That said, I’d be confident that you should be able to get him considerably later than that given he’s only had one fantasy relevant season of note.