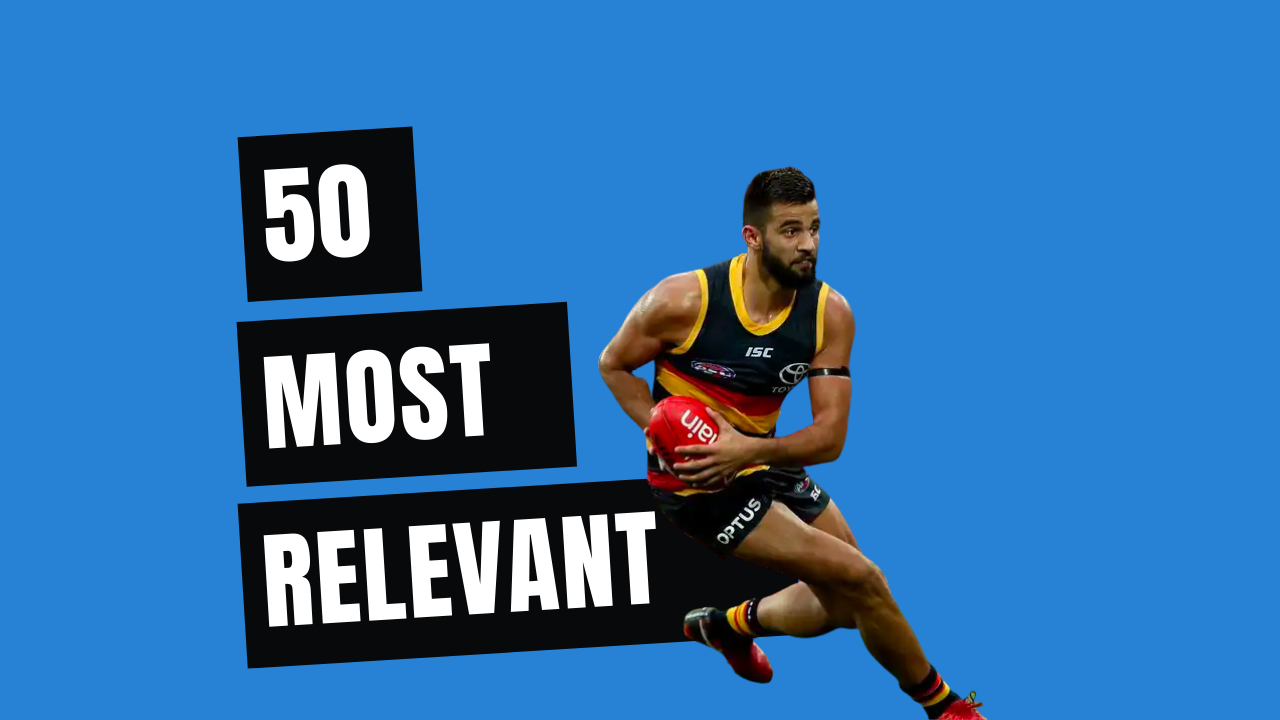 Injuries have robbed football fans of seeing Wayne Milera at full flight. So is 2022 the year it all turns around? Fantasy football players are hoping so.

One of the worst things in football is seeing highly talented players continue their careers interrupted by injuries. And for Wayne Milera, Crows fans and us fantasy footy coaches. Whenever we don’t see players like him play for the better part of two seasons, we can forget just how good a footballer he is. At his peak, he’s a dashing player who’s able to break the game open with his line breaking speed, elite foot skills and uncanny ability to get out of the most deadly traffic.

He only played two games in 2020 before a foot injury ended his season. But he showed fantasy footy coaches what he could deliver. In round one against the Swans, he scored 96 in SuperCoach and 70 AFLFantasy (87 Adjusted). It’s limited data, but it was tracking with his scoring of the previous season. At the start of 2019, Milera came out of the blocks flying. He scored off the half-back of 87, 95, 96 & 86 in AFLFantasy, while in SuperCoach, he scored 82, 105, 109 & 86. Not a bad first four rounds. However, a dislocated shoulder sidelined him for the next five weeks.

Upon his return, he delivered a further six scores above 80, including a ton in AFLFantasy/DreamTeam and three scores 96+ including a 114 in SuperCoach. Amazing, certainly not. But we aren’t paying for him to be a top 6-10 defender this year. His job is to be a stepping stone and is closer to the cash cow price range.

Further proof that Milera has been giving us these scoring glimpses for years is to look at his 2018 stats. Over the final eleven rounds of the year, he dipped his scoring beneath 70 just once across the formats. While in SuperCoach, he posted three tons, three additional scores over 90 and averaged 89 from rounds 12-23. In the same period, AFLFantasy/DreamTeam Wayne posted 2 tons and averaged 82.

If you combined his last nine games of 2018 and the first four of 2019, he averaged 87 AFLFantasy/DreamTeam and 93 in SuperCoach. At his price point, if Wayne Milera can return an average in the ’80s up until his bye round across the formats, he’ll have more than done his job. On the chance he sneaks that average higher, he might reach the level required to be a year end keeper.

When you consider players in this price range, you often look at unproven performers hoping to deliver. However, with Milera, the question marks surrounding him, especially at this price point, have nothing to do with his scoring power. Instead, he’s shown that he can get it done over the past few seasons when he’s on the park.

Success in the salary cap formats of the game isn’t nailing your starting squad, don’t get me wrong, having a solid base helps. But, ultimately, it’s a trading game that makes you successful or not. It is the timing of moving players in & out of your side that eventually will get you to the top of the mountain. What players like Wayne Milera provide proven value as a starting squad option.

At his price point, he doesn’t need to be a keeper. He could be, but you need to plan for him not to be. For those not selecting him, it’s not choosing to pass on selecting him because of that. Instead, the primary concern over Wayne Milera is a continuing poor Injury history. Since becoming part of the Crows’ best 22’ in 2018, he hasn’t had a season that hasn’t been interrupted by injury. That’s certainly a worry for those selecting him. Especially given he hasn’t yet been in full training.

However, the flip side is the potential reward he could deliver. Ultimately there is a risk with selecting any player with an injury history. However, the question you must answer is ‘will the reward outweigh the risk? In the preseason, Milera is still focused on rebuilding strength in his left knee but has received the green light to ramp up training after the Christmas break. However, the club has cleared him to resume full training in January finally.

As a stepping stone selection, Milera has the perfect bye round. Along with the rest of his Crows, he has the middle of the multi-bye rounds. Meaning that should the stars align and he gets a good run of injury, he could be perfect t to move out at the commencement of round 13. From there, you could target the defensive premiums coming off the bye like Jayden Short or Jordan Ridley.

Over the previous few seasons, the Crows have unearthed a wealth of talent with the development of Lachie Sholl, the resurrection of Paul Seedsman, and Jordan Dawson’s trade. A healthy Milera will only add to the outside run and class of the Crows. I expect him to play off the flanks and push high up to the wings.

The risk surrounding Milera is clear. He’s played one full AFL game in the past two seasons and, to this point, has been managed through the preseason. For coaches to have confidence in selecting him, he needs to have a flawless preseason from here. One more setback, and I’ll be looking elsewhere. I pivot away from them whenever injury-riddled players have even a minor issue in the second half of preseason.

Ultimately, if you are picking Wayne, you need a backup plan. As we’ve discussed, he’s a sublime value at his price point, and to get anyone worth picking at the same range is near impossible. So, if recent injury history continues (and let’s all hope it doesn’t), you’ll need to have plan b. Will you be dropping him down to another cash cow in the backline? Are you restricting the squad? Whatever it is, know what to do. Without a plan, you’re setting yourself up for failure.

All the preseason signs are promising. Milera is ticking off every box this preseason, and should he manage to continue to build and get through the preseason unscathed; then I’ll be starting him everywhere.

Since Wayne Milera has missed the better part of two seasons, coaches will be hesitant to select him on draft day. The best weapon in your fantasy football drafting arsenal is availability, and for Wayne, he currently doesn’t instil coaches with confidence he’s got it. But eventually, on draft day, the reward of scoring potential and selecting him trumps the risk of injury.

A selection as one of the final two defenders on the field could become a dream outcome. While at that point of the draft, you are just picking flyers who more often than not end up thrown back into the player pool. For me, If I’m in the middle to late teen rounds of a draft and he’s there, I’ll be jumping on picking him.