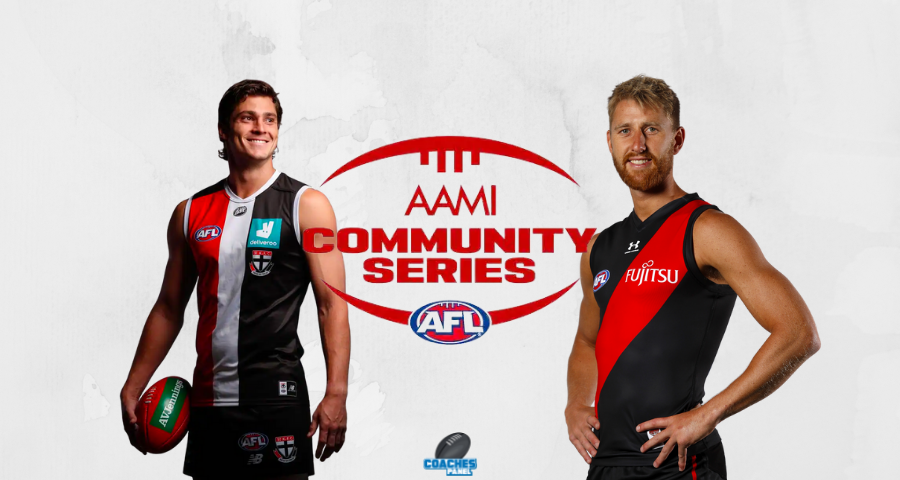 He played just half of the match against the Saints and had the ball on a string. Floated between halfback and midfield and gave coaches that were already hot for owning him all the confidence in the world they needed.

Jye’s one of the forgotten stepping stone midfielders this year. With coaches opting for guys like Matt Rowell or Jarrod Berry. Jye’s every chance of matching the scoring realms of both of these lads if this midfield function holds strong. For some, it might just be personal preference, but for me, as good as he could be, I’d still pick the others over him.

The former #1 draft pick looks so much better coming off the halfback. His run and carry and high footy IQ were evident across the game. He might not get the volume of the ball to have the big ceiling fantasy scores, but in his role, he should be a viable performer. Keep an eye on a season DPP allocation if this role holds.

He cruised around in second gear. However, the midfield role is still there, and with McGrath and Merrett spending less time through the midfield, he looks like the leading man for the Dons in 2022.

This game was a perfect reminder of why I think he’s a fantastic option in SuperCoach and just an OK version in AFLFantasy/DreamTeam pick. The quantity of ball isn’t there, especially with McGrath/Merrett Sharking some easy ball. Instead, it’s high-quality use of the ball and intercepting that makes all the difference in SuperCoach.

The history of Rowan Marshall over the past few seasons is clear. He scores like a premium when he’s required to be the #1 ruck option for the Saints. With no Ryder or Campbell, he was given the freedom to roam the ground for the Saints. If he holds down the top mantle from Ryder for the year, he’ll be one of the best scoring ruckmen of the season.

All we need from our premiums in the preseason is to get through the game unscathed. Don’t worry about the points. He played midfield, looked fit and will be a beast again in 2022.

We are crying out for cash cows on almost every line in 2022, especially those at the basement price that looks to have some level of job security. I was pretty impressed with his work around the ground and his ability to impact the scoreboard when given his opportunities. If he’s named round one, he’ll be a popular pick.

For the Saints, it’s not uncommon to sadly see Jack Billings and Hunter Clark with the hospital emoji next to their name. For Clark, a shoulder injury, while for Billings, it’s his hammy. Both will miss the start of the season.

At the start of the preseason, I noticed the positional change to DEF for Brad. With Coffield out for the year and Clark out for the first few rounds, there’s an excellent role opening up for Hill. His run and carry for the Saints is super important. And his seven-rebound 50s highlighted the fact that the club wanted the ball in his hands when exiting the backline. It might be a stretch in the salary cap formats, but in your draft, he’s certainly one to consider.