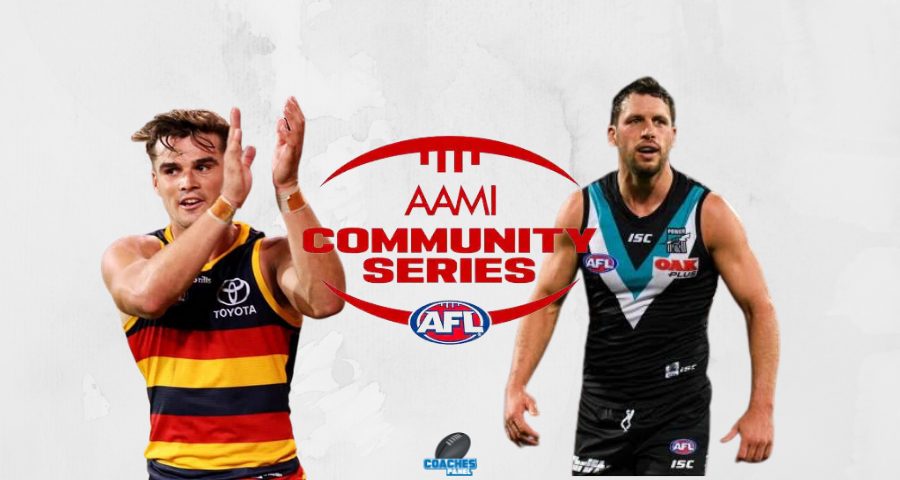 It was a windy clash on Saturday afternoon. The first of three matches that these clubs will play against each other essentially went to script, especially with Port’s dominance in the second half. Thankfully we had a few standout fantasy moments to help us make some big decisions.

Attended more centre bounces in this game after just a handful last week. It was an impressive performance with a solid K:H ratio, scoreboard impact and 8 marks. Managed 2 tackles which I think will rise in the season proper. He’s a great candidate to break out and be a top 6-10 scoring forward in 2022.

Surprisingly spent a bit more time than usual at centre bounces. He managed to find a bit of the ball but he’s such a great mover and so flashy which I believe favours a more forward dominant role. Priced too awkwardly to consider in classic.

Competed well but mostly chopped out for Lycett rather than playing in tandem. His hitout work was decent and didn’t have too many issues finding the footy. If he’s selected he should be strongly considered in your classic teams.

Both had their moments and there’s no doubt they’ll spend time in the senior side this year but they’re probably last picked at the moment. I’d be worried they get the sub.

A pretty solid game from the big man. He certainly took advantage of Ports poor kicking with the wind being a large factor in that. Still, his score was mostly built off one quarter of dominance in the 2nd rather than a complete performance.

He is going to be a very good footballer. He won’t score 3 goals every week and I don’t believe the ball is going to spend a heap of time in the Crows F50 but his floor may be decent enough to select him if he can replicate the same tackling pressure he displayed in this game. 9 tackles for a young small forward is seriously elite. Certainly worth considering.

Ticked all the boxes you needed if you were keen on him. We know the type of player he is and this game suggested he’s well on his way to regaining the form that’s made him such a consistent fantasy player in years previous. No doubt he’ll be on managed minutes at the beginning of the season but a hand injury to Laird may fast track that.

Looked decent but with the absence of Milera and Dawson it’s hard to get much of a read on him. 4 games in 6 years has me leaning towards a pass.