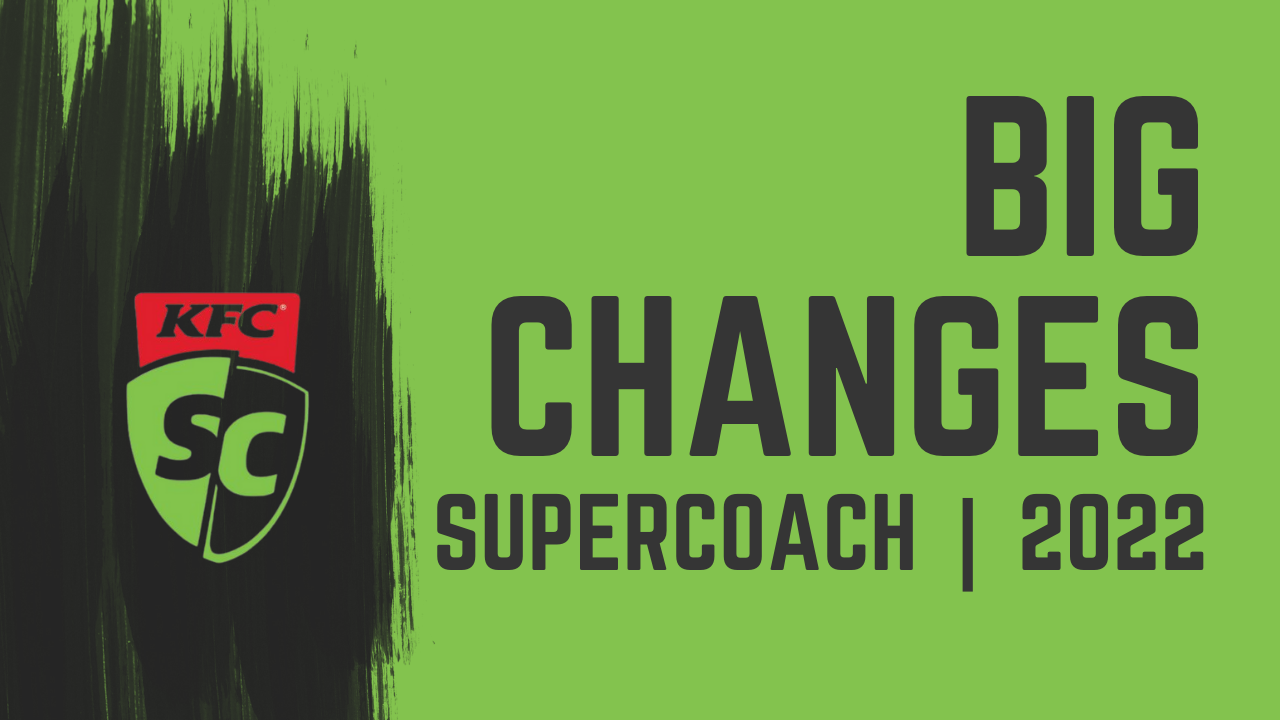 Today’s the day! SuperCoach is now open to the public, so log in and start picking your teams. However, some significant changes have hit the format.

We’ve been granted five additional trades more than we had in 2021. With the 35 trades now available to coaches, the strategies will need to adjust how best to use them over the 23 round home-and-away season.

For those who play AFLFantasy or Ultimate Footy, you’ll be familiar with the notion of in-season DPP changes. SuperCoach has confirmed that they’ll be joining the party with multiple allocations happening during the season. No longer will coaches have to wait until the new season for a player to be awarded a position. It may now only be a matter of weeks. For example, Aaron Hall would’ve spent most of the year as a DEF/FWD, not just FWD. No confirmed dates or rounds have yet to be confirmed for the DPP additions.

Ever made a trade then, as the rolling lockout commences, find yourself stuck with no avenue of changing it? Not in 2022! You’ll be able to reverse changes right through the round as long as the players involved haven’t played or you haven’t gone over your salary cap.

Ever wished for just one more trade in a round to pull off the perfect trade plan? Well, in 2022, the magic genies of SuperCoach will allow that to come out of your 35 trades. They are introducing the trade boost. Up to five trade ‘boosts’ can be used in any round to gain an extra trade for that round. That means in a standard round; you could have up to a maximum of three trades per round while that increases to four during the byes.

Over the past few seasons, AFL & BBL SuperCoach players have gotten accustomed to being awarded additional trades during the season. While nothing has been officially announced, either way, I firmly believe that the trade boost & increase in trades will be seen as sufficient support to help coaches through 2022.

Like with any change in life, some are super excited by something new, others not so much. For SuperCoach traditionalists, these are some big navigations to make your way through, and a combination of these new game features means an adaptation to some strategies will need to occur. We’ll discuss what these changes mean and their implications on our coaching strategies for 2022. Until then, login, pick your team and join the Coaches Panel, Official group. Join it by clicking here.