If Round One Didn’t Go To Plan 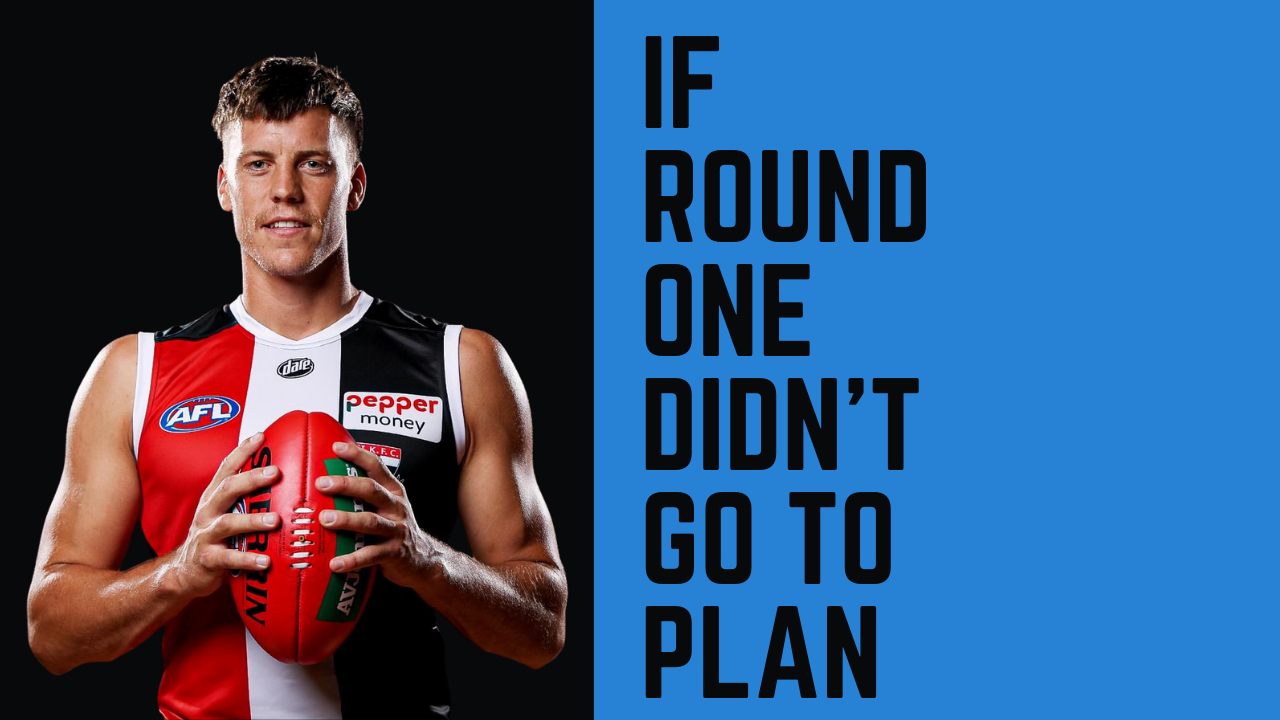 ‘It’s like you’re always stuck in second gear. When it hasn’t been your day, your week, your month, or even your year.‘ In 1995 the band The Rembrandts sang the song “I’ll Be There for You.” It’s best known as the theme song for the 90’s sitcom FRIENDS, but it could also be quite adequately used to describe some coaches fantasy footy round one.

After playing all game formats for over a decade, I can tell you that round one always throws coaches some curveballs. Unfortunately, those curveballs can come as the result of injuries. Just ask Christian Salem owners. Nothing stings more than a unique premium getting injured on single digits. We struggled to find a cash cow we liked in the backline, and now the only basement option coaches wanted in Sam De Koning will miss around two with concussion protocols. Just an unlucky break for all involved.

Other curveballs can be when your premiums, for seemingly no reason, deliver some of their worst scores for over 12 months or more. Just ask people with backlines with Jordan Ridley, Jayden Short, Lachie Whitfield or Jack Crisp. All were well done on their usual consistent best. Throw in that Jake Lloyd was out with health and safety protocols. It was a nasty week for backline premiums.

Finally, the next curveball that determined coaches’ weekends was rookie roulette. It’s a factor always in the opening few rounds when we have the most cash cows on the ground. Some weeks you’ll nail it. Having Jack Hayes, Josh Rachele or a Nic Martin on the field is a great result. Other weeks you’ll end up with Kaine Baldwin style scores. That’s just how it works. Take the good with the bad.

If you have these players and on-field, you probably feel like you’ve won the lotto. Enjoy it! If you’ve got them on the bench but don’t own them, remember you’ll be saving a trade to get them, and you’ll have (In AFLFantasy anyway) banked the cash generation. If you don’t have them, it’s OK to be annoyed, but now it’s time to move on. Make the corrective trade and move forward. The first few trades we make most seasons are all correctional. Make the trade, shake the dust off your feet and move into the new round.

One of the most significant factors to success in this game is luck! Of course, you need skill, research, and intuition to put yourself into contention. But ultimately, luck is the ingredient that determines success or failure. And luck is entirely out of your control.

So, as we enter round two, if things roll your way in round one, enjoy it! It’s nice to be on the right side of the lucky dice roll. But be careful how hard you flex on others. Australians love nothing more than to tear down a tall poppy. After all, next week, the luck might turn against you.

If you had a bad week, remember we are just one week into the year, it’s less than 5% of the year. You’ve got time to make amends. The priorities for you this week and next are:

Lastly, just like The Rembrandts sang, “I’ll be there for you.” Here at the Coaches Panel, we’ve got you covered to get you through the 2022 season!