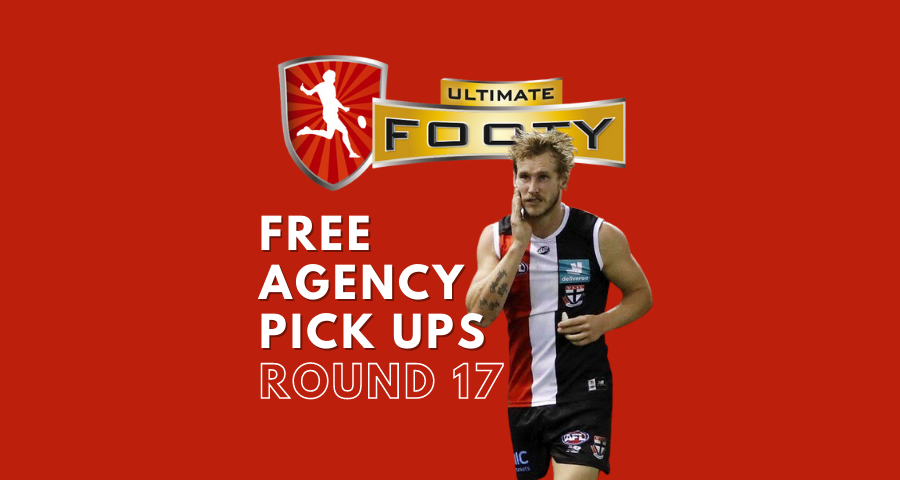 This week’s list looks at a forgotten Adelaide veteran and a much maligned young Blue for your forward lines plus a couple of Saints, including a disappointing midfielder that has plenty of upside for the run home.

Webster has been around for a while now and has at times looked like becoming a fantasy relevant defender but in recent times, injuries have halted his momentum. After a career best season in 2018 where he averaged 79, he sustained a back injury in 2019 that saw him miss half of that year and the entire 2020 season.
He returned in round 1 this year and after being in and out of the side earlier in the year, has now played the last 9 games for an average of 66. His last two games in particular have been solid averaging 86 and with Nick Coffield on the sidelines for a few more weeks, the role looks good for Webster to continue his recent scoring.

It has been a challenging second season at St.Kilda for Hill who, much like the club itself, has performed well below expectations. When in full flight, Hill is great to watch and can accumulate possessions quickly and effectively. He does, unfortunately, go missing for long patches in games too often and is vulnerable to a lock down tag.
Delisted by many a fantasy coach, he has looked much better since the abysmal 6 possession game against North Melbourne in round 11. He racked up 30 touches on the weekend in the win against Collingwood and in the last 4 games, is averaging 80 thanks to 24 touches a game making him worth a look as a depth player for your midfield for the run home.

Lynch has not been seen at AFL level since the infamous medical sub fiasco against Hawthorn in round 6 when he was named as the sub despite clearly carrying an injury himself. The toe injury that hampered his early season form and made him an odd choice as the sub that day was then operated on and saw Lynch miss the next 9 games.

Known as the link man due to his ability over many years to link the Crows midfield to it’s forward line, Lynch returned in the SANFL on the weekend kicking 3 goals and looking fit. The Crows are crying out for another experienced head up forward at the moment to help out Taylor Walker (who may miss this week with a neck injury) and Lynch is likely to return. At his very best, Lynch is a solid 90 guy and could be a late season masterstroke for your squad.

Paddy Dow or Paddy Wow (cringe); that has been the question many have wondered since Carlton drafted him with pick 3 in the 2017 draft. His journey has been covered ad nauseum and he has been unfairly criticised so let’s just focus on recent times. Last week against the Crows, Dow played on ball and probably for the first time, didn’t look out of his depth collecting 20 disposals for the first time this season.

He backed it up on the weekend with another 22 disposals against Fremantle and whilst his fantasy scores of 77 and 67 aren’t huge, it does appear that Dow has found his place in the side. Carlton simply must persevere with Dow in this position because he really does look like a star of the future. With DPP status as a midfielder also, Dow is one to look at it particularly for keeper leagues.