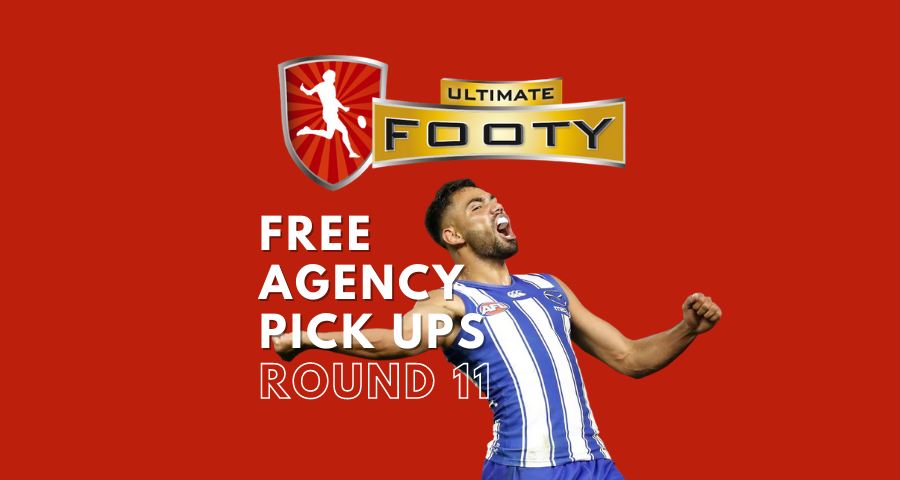 This week there are four former top 10 picks in the list, including an unlikely veteran down at the Cattery and a young Blue who finished 2020 like a steam train, will he do the same this year?

Lachie Henderson is not someone I was expecting to be writing about this season but here we are. After being taken with pick 8 way back in 2007, Henderson is now in his 14th season and playing at his third club. He has never averaged over 70 in a season and has therefore never found himself on any fantasy watchlists.

Despite this, Henderson’s current form can no longer be ignored as he is averaging career high numbers for marks this season taking an average of 7.5 marks a game. It’s a risky pick but with a 5 round average of 84, and playing in a back six that likes to possess the footy, you could do a lot worse.

I have held off writing about this young defender as I wasn’t sure his scoring levels could be maintained, but after a career first fantasy ton on the weekend, it’s time have a look at Taylor.
After playing off in a grand final in his second season, Taylor endured a horrible 2020 and missed most of the season due to health issues that he has thankfully recovered from.

After a terrible couple of scores to start the season, Taylor has put together a solid fantasy season using his excellent reading of the ball to intercept many inside 50’s from the opposition.
His stat line on the weekend read 21 disposals, 9 marks, and 4 tackles scoring 100 but it didn’t come out of nowhere, as he has been building steadily.

After an excellent 2020 campaign, Setterfield has found himself on the outer this season after some average form early that saw him dropped back to the VFL. He has been back in the senior squad for the last two weeks and has looked ok, averaging 20 touches and 6 marks but what appeals most about the former number 5 draft pick, is how he finished last year.

Before the bye, Setterfield was averaging 56.5 (scaled up to 70.6 to account for shorter quarters) but caught fire in the second half of the season averaging 80.4 (100.5) in a 7 game stretch before missing the final game of the year. If he can do similar this season, he would be an astute acquisition for your midfield.

Another pick 8, this one in the 2018 National Draft, Thomas is having a strong third season at the level, and is giving fans of the lowly Kangaroos hope for the future. After missing a large chunk of 2020 due to injury, Thomas has played every game so far this season averaging 15 touches, nearly 4 marks and contributing just over a goal a game. He cracked 20+ possessions on the weekend for the first time and is going to be given plenty of opportunities to improve further.

A perennial free agent in drafts, and another former top 10 draft pick (pick 4 in 2011), Hoskin-Elliot hasn’t been relevant in fantasy circles since his first year at Collingwood in 2017 when he started the season on fire (averaging 104 in first 3 rounds).

Hoskin-Elliott has hit some good scores since returning from a stint in the VFL in round 5 averaging 83, including a 113 against Sydney thanks to 23 touches and 10 marks. That Sydney game saw him play more of a wing role which suits the fantasy game much better and if the former Giant can stay on a wing, he will be a solid scorer in the second half of the season.