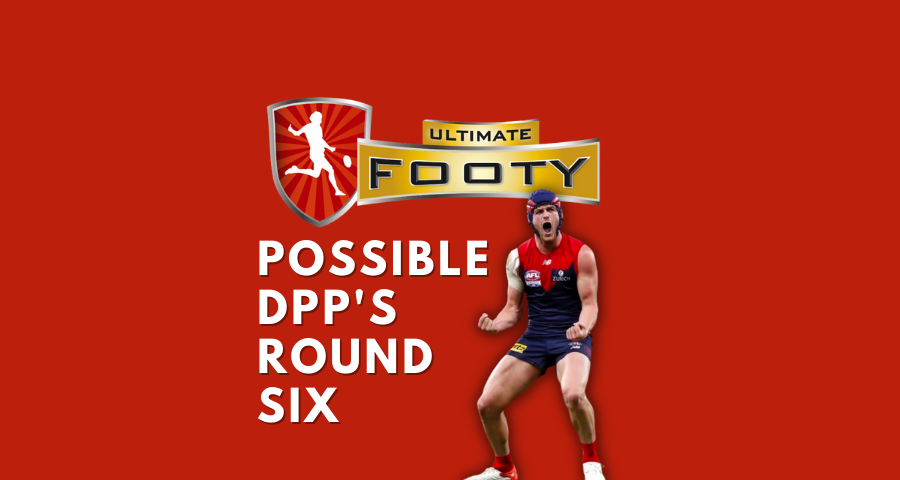 After rounds 3, 6, 9, 12 & 15, the drafting format of Ultimate Footy awards additional player positions to players that have had a role change in the season. On Wednesday, we’ll confirm with you exclusively which players WILL gain a new position, but before then, here are some players we believe would be in consideration for obtaining a new positional status.

The moment Christian Salem went down with an early injury in round one, the Demons deployed Angus Brayshaw as the primary ball mover across halfback. It’s important to note he was already playing in the backline in that game as the Demons had several regular defenders missing. In this role, he’s getting plenty of uncontested marks and possessions. So it’s no surprise that the fantasy points are flowing for him in this role; he’s got history (all be it distant now) of being a genuine proven performer. Surely the gang have seen enough; it must be a formality he gets BACK status.

Historically, with DPP additions, UltimateFooty is more conservative when handing them out to big-name players like Dayne Zorko. However, there’s no mistake Zorko is playing outside of the midfield and through the Lions backline. After a sample size of three matches, UF opted for more data. But like Brayshaw above, the data is overwhelming now, a must add!

I’m borderline on whether UltimateFooty allocates this for David Swallow. For the better part of the last six weeks, he’s spent the primary function across the halfback for the Suns. However, he tagged Lachie Neale this round and was a heavy presence for the Suns at centre bounce. I think he’s done enough, but it wouldn’t shock me if last weekend was enough for UF to pump the breaks on a position add.

The Swans star continues to showcase why he’s one of the best fantasy buys of the year. While Isaac Heeney is still spending a ton of time inside forward 50, he’s getting plenty of time up the ground. At first glance, it might not seem relevant, but as the season goes on, squad versatility is everything and can even be a season winning factor. It’s not an exciting ‘gain’ by name, but my functionality it’s huge!

Cntrl C & Cntrl V! The exact same sentiment for Zak Butters as it is for Heeney.

Don’t just look at the CBA data for projecting DPPs; that’s not the whole story. Especially in the case of Nic Martin. His midfield time isn’t at centre bounces but rather on the wing. His relevance in drafts won’t increase, but his value to his owners through flexibility will.

The former Cat is plugging along ok with a couple of scores of 70+ and a reasonable RUC/FWD split at Brisbane. His scoring isn’t amazing, but many struggles to get decent depth in our forward lines. With Darcy Fort, they could be soon getting some versatility and the potential of looping the odd good score. A potentially more helpful DPP gain than we realise.

The Hawks are in rebuild mode, and as a result, some of the future midfield brigades are getting the education of playing multiple roles beyond just centre bounces. The junior ball magnet plays his role both through the midfield and as a small-medium forward.