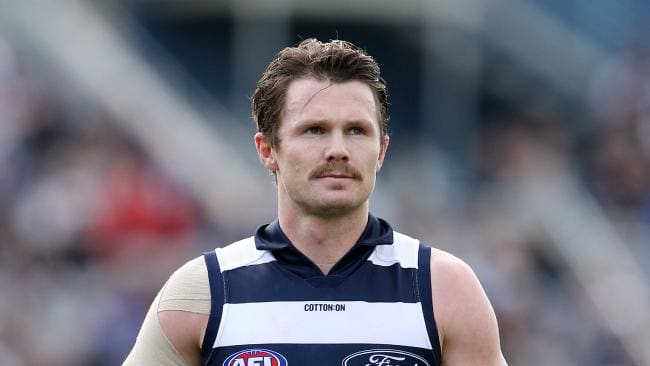 Every year – usually in January or February – we get a shortlist of additional player names to add to our (current for 2020) 139 Dual-Position Players (DPPs). Players who might have been forgotten or 50-50 in gaining or retaining for the 2020 season. After the initial release, there is often an imbalance – as there is this time with top-end forward-listed players. So will the Fantasy gods throw us a bone and grant a few more DPPs? And who could they be?

Patrick Dangerfield – the #2 ranked forward from the end of 2019 spent a ton of time in the forward 50 this season, finishing with 27 goals. Of the top-end DPP forwards to lose their forward status, Danger is the big ticket that could be used to spark interest and top up our attacking stocks for 2020.

Another player to lose forward status in the recent release, Essendon player Matt Guelfi – who solidified a best 22 spot in 2019 and plied his trade mainly across the half-back line. He’s unlikely to win you your league, but at 22 and starting to come into his own, he’s one that could rise in 2020. But as a mid-only, he’s undraftable.

A pair of talented attacking players ought to be considered strongly for MID/FWD status – top ten picks Caleb Serong and Noah Anderson at Fremantle and Gold Coast respectively were both forward-half threats in their U18 campaigns. Serong won the VIC Country MVP in the guts but was huge for Gippsland floating forward – kicking a goal a game. Anderson is even more of a threat – averaging 2.0 goals per game for Oakleigh to go with his 28 touches. In the absence of any real playable forwards from the draft class, Serong and Anderson are the ones who should be considered.

David Zaharakis found himself in the defensive 50 far more than previous years in 2019, gaining defender status and displaying a heat map more like a traditional half back flanker than his usual midfield role. The big-game player – who averaged 79.5 but has been stripped of his DPP – is one that could and probably should be lining up as a DEF/MID to start 2020. If he does regain DPP, he’ll add valuable depth to the defender draft stocks and another player to get coaches thinking in salary formats.

In addition to their standard fantasy research, coaches spend more time than they’d care to admit trolling through pre-season games and training reports – trying to find those players who are plying their trade in another role in a bid to snap them up prior to a potential early-season positional change. Matthew Boyd famously added back status early in the 2015 season after training in a new half-back role across the preseason. More recently, we saw experienced trio Ed Curnow (R3), Gary Ablett (R3) and Brad Ebert (R6) nab themselves forward status in 2019 after a hot start to the season in forward-half roles. So who should be on our watchlist for this preseason?

Bryce Gibbs was much maligned in 2019, spending more time in the reserves than any time in his career. But with a new coach comes new opportunities – word trickling through that the former Blue could be spending more time than ever off half back. Gibbs is no stranger to the role, finding himself there in Navy Blue early in his career. Even if he doesn’t get back to that 100 average, DEF/MID status would make Gibbs a very interesting prospect for 2020.

GWS jet Zac Williams has made a name for himself in the back half, but after finishing the season dominating the middle of the ground, he may continue to float through the guts and gain midfield status early on as a result. Likewise, Toby Greene found himself a staple of the Giants’ midfield rotation due to the hospital ward that was their preferred starting midfield. Surprising not to be starting with MID/FWD, Greene could be one in line for early DPP action.

Many were perplexed to see BT-favourite Ben McEvoy lining up across Centre Half Back this season, allowing Jon Ceglar to take first ruck duties. Early word is that this may not be a joke or a random musing of Alastair Clarkson, rather a semi-permanent move we’ll see in 2020. Could we see a DEF/RUC in 2020?

James Harmes had a breakout year in 2019, playing every game and averaging 94 fantasy points – finding himself patrolling the half backline more often than previous. Like Gibbs, there are clear reports that Harmes will be playing a lot more backline in 2020 – making him a big target for DPP early in the season. Watch him to see how it evolves in the preseason and – if you like what you see – move him up your draft boards in anticipation.

Finally, Zak Jones made the move to Victoria and the Saints in the trade period – joining a host of others, including Bradley Hill. Jones was DEF/MID in 2019 and played at half back plenty – along with a swag of time in the middle. With more mid time came a career-best year (82.8 average from 17 games) and a move to Moorabbin could see even more responsibility headed his way. With a lot of mouths to feed in the Saints’ midfield and a new coach on board, it wouldn’t surprise to see Jones ply his trade at half back to start with. If he can equal his 2019 numbers and regain DPP, his relevance will skyrocket.

Stay tuned to https://coachespanel.tv/ for up to date information and insights this preseason, and don’t forget to tune in for the start of MJ’s 50 Most Relevant – beginning January 1st