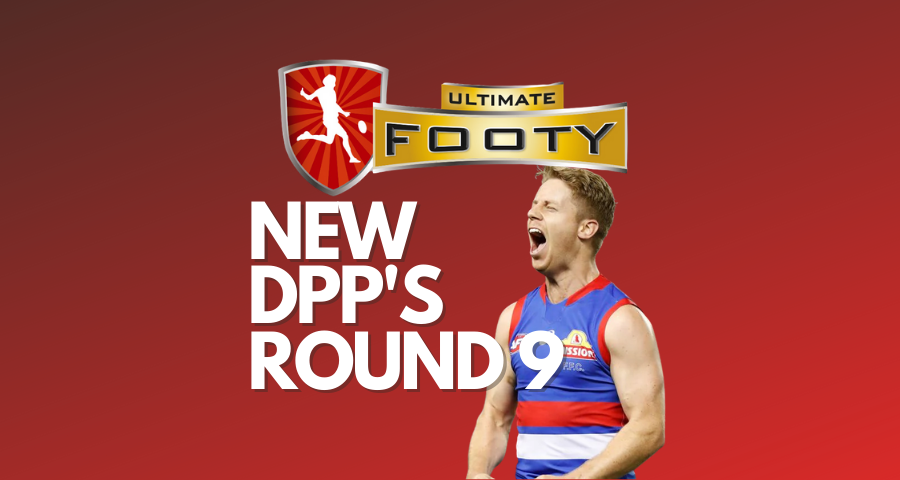 Not even Nostradamus saw the scoring volume coming from Aaron Hall in 2021! He, alongside skipper Jack Ziebell, is mopping up everything inside the Kangaroos defensive half. While based on his history, he feels like an injury risk for his coach every single week, the scoring he’s offering is sublime. His true relevance is scoring big as a forward eligible option, but the DPP addition does add some versatility for his owner. An easy addition for UF to make.

He’s playing a role for the Bombers, but the role isn’t translating into scoring for UltimateFooty. Playing as a key position option in the bombers defense his top score of 43 is nowehere near worth considering as a pickup.

With scores of 86 & 74 in the opening 2 weeks, it looks as though the Suns had unearthed another player. However, since round 7, he’s had only 1 score over 50. Jy spent his time previously as a forward in the SANFL, but the Suns have developed him into a defender, and to be fair, he’s playing his role. Last week 9.8% of coaches dropped him back to the player pool, and I suspect another sub 50 score, even with a new DPP, will see a similar number of squad delistings. Pass!

The former magpie forward has found a home inside a new loop Kangaroos backline. A simple addition for the team at UF, but not a highly relevant one. Before these DPP gains hit the system, we have 63 backs that are averaging 70 or more, while it’s just 54 in the forwards. Meaning, that right now, it’s harder to get a forward who could go 70 than a defender. If you weren’t one of the 9% of leagues that already own him, this DPP gain shouldn’t have changed your assessment of him.

Jack Sinclair getting back status is possibly less exciting than what it looked like in the preseason after scoring 112 in the AAMI Community Series. But with the saints trying to squeeze everyone into that midfield, Sinclair has been one of the players moved to the backline. A score of 102 plus two additional scores over 70 in his last five is solid enough to be picked up and added to your roster.

Normally the addition of centre status is the least helpful for coaches. It rarely adds to any increase of on-field scoring but rather adds some squad versatility. While this is true for Dan Houston, the timing is additionally helpful for coaches who play through the bye rounds and might in some rounds be scampering for every available on field option.

See comments above from Dan Houston!

Other than these three reasons you should be steering clear.

By name value, this is probably the biggest addition to DPP stocks for this batch. Historically, Lachie Hunter has been a safe 90-100 performer over the years. But in 2021, he’s been squeezed out of the wing role instead of playing as a high end half-forward. He had an ADP of 39, so this is some respite for coaches who spent an early pick on him and have been getting a low return on investment. He moves now into the F1 or F2 spot for most coaches.

I really like Sam Berry as a player. He adds something to an Adelaide Crows side that, for a few years, they’ve lacked. That being a hard at it defensive mindset and a player that loves to tackle. He averages 5.3 tackles per game, and in time, the other elements of his game will develop. As that happens, the Crows are letting him build along nicely as an occasional midfielder, but more so as a pressure forward. His average of 50 isn’t anything to consider for seasonal leagues, but in keepers, he might be worth a pick up depending on how many you can hold on your list.

Earlier in this article, I highlighted the lack of forwards who weekly are safe 70+ scoring options. With Shaun Higgins now added to the list, existing owners now have something to smile about. Shaun has filled the void left by the Goat Gary Ablett in the Cats forward line. With scores of 78 & 85 since returning from injury, he moves from a probable bench option as a centre to an on-field forward. He’s still available in 20% of leagues, and I expect this DPP gain, ownership, and value to owners to increase.