Hopefully we’ve learnt our lesson. Even though his name may be on the ‘never again’ list, Pearce offers supreme fantasy value IF he can get his body right.

Pearce Hanley has always shown when up and running he’s a relevant fantasy footy option. During his time at the Brisbane Lions in AFLFantasy/DreamTeam between 2011 – 2016 his averages over this period of time never dipped below 80. While many years ago now his 2014 season was a thing of fantasy footy beauty where he averaged 98.5 and played 20 games. That year he averaged 98 and scored 8 times over the ton, including a phenomenal 182 against the club he now plays for. For SuperCoach his lowest seasonal average during this time was 82 had 2 seasons over 90 plus a monster in 2014 with a 103. During that year he had 10 scores over the hundred, 5 of them over 130 including a career best 191.

Since his trade to Gold Coast, his body has hindered his ability to consistently play and deliver the fantasy scores coaches would want. But when he has played, on the most part he’s scored. In 2017 from his 13 games in AFLFantasy/DreamTeam 8 times he scored over 70 including a 96, 101 & 121. For SuperCoach he averaged 77 and in his final 5 games of the season his lowest score was 87 and averaged 100.

While at the Suns he hasn’t hit the same fantasy footy high’s and consistency at Gold Coast that he did at Brisbane he doesn’t have to go 90 and play 20+ games to be relevant for you. At his price, he just needs to show that he can average about 80 over the opening 6-8 weeks of the year to do his job. Even last year despite only playing less than a handful of games he was still able to score well against the Tigers (88 AFLFantasy, 90 SuperCoach). Yes, it’s one game but he’s shown he can deliver scores like that. Can he get through a full season? Absolutely, don’t rule that out, but given his price point and potential scoring he doesn’t have to.

When fit and firing not only is he a proven fantasy footballer but he’s a sublime player to watch. Hanley posses a rare skills set that makes him a damaging player. His ability to burst away from the stoppages and opponents makes him difficult to catch while he is one of the most exquisite kicks in the competition.

The Suns have seen plenty of departures over the past few seasons and while they are certainly looking to the next generation of players to take the club forward there is still a need for his skill set let alone someone of his experience inside the midfield unit. It would make plenty of sense for Gold Coast to play him as a wingman and use his high-quality ball by foot both for inside 50 entries and link ups across the ground. Doing this would make a significant impact on a side that needs class outside of the contest and also gives his fantasy scores a healthy boost.

Yesterday we spoke about Dylan Roberton and quite possibly in the remainder of the list, we’ll look at some more stepping stone type defenders. The difficulty is it’s the risk in SuperCoach and DreamTeam increases to select more than one of these options, while it could be an inspired move, conversely it could be the end of the road by 5. Astute coaches will find themselves balancing the variables of the scoring ceiling, basement scores, price increase, cash generation, bye structure and injury history to identify the correct player for them.

Like many players that have a history of solid scoring that now find themselves in fantasy footy purgatory, he’s got a history of missing games and getting injured rather frequently. That shouldn’t be an automatic deterrent but rather be a variable factor that coaches take on board.

While for some coaches he’s burned them with injury far too many times lately to even consider him, but we must remind ourselves of what purpose we’re selecting him. Is it a keeper? Frankly, while it’s a slight possibility I’d not be banking on it, rather you’ve got to set a realistic time frame when Hanley is likely to be moved on from your team. That needs to be fluid based on how he’s scoring, what other cash generators are doing in your side, which defensive premiums outside of your team have dipped in value early plus what players you want to target in other scoring lines. An extra positive for coaches is the Suns are in the final bye round so should his body allow him he’d be able to be held right through the byes and then traded to someone coming off their bye like an Alex Witherden or Jake Lloyd.

Track his preseason and role from the JLT Community series, I’ll find it difficult to not seriously have Hanley in at least one of the formats if he’s fit and spends plenty of time apart of the midfield group. While there may be cheaper options he presents the most likely of all our defensive options to hit the big fantasy football scoring heights with some monster scoring games.

Given his recent history with injuries and also less than favourable averages I can see Hanley being available late in a lot of drafts. A fit and midfield role for Hanley would certainly equate to an 80 averaging defender which would place him at a D3 in most sides. That said, I believe you’ll be able to draft him in spot later than that. 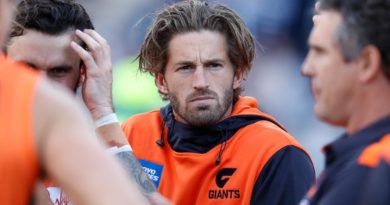 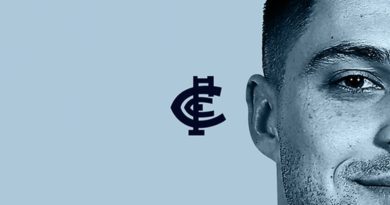 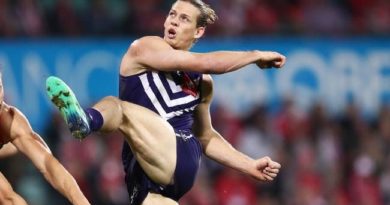