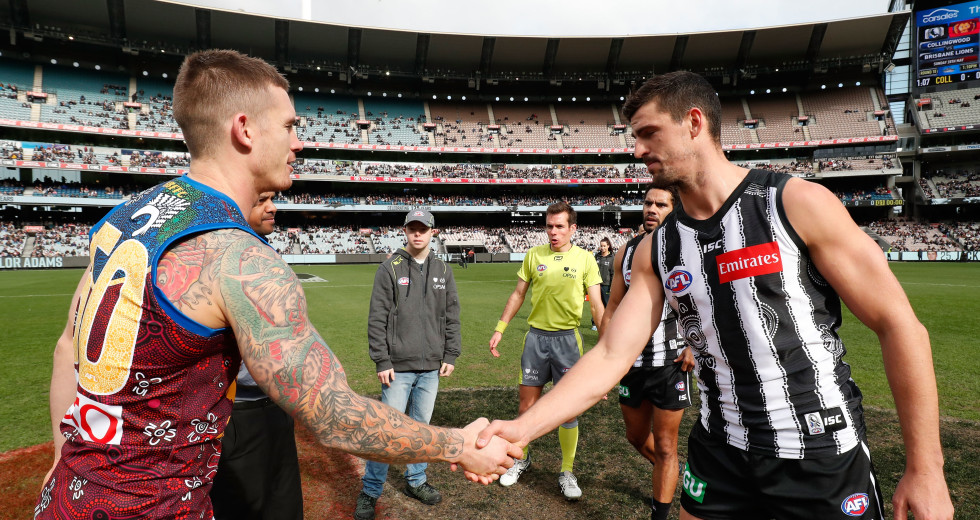 That midfield. Wow. Grundy Pendlebury Sidebottom Adams Treloar Beams Phillips & Sier. Rotations from De Goey Stephenson Hoskin-Elliot Mayne Varcoe & Wells. How do they all fit and for us coaches, how will they all score?

So, we gathered up a few members of the Panel and answering in isolation, pitched a few categories to see who we’re all keeping an eye on this preseason – a player to lock in now, an expected breakout contender, the best cash cow, an interesting left-field option, and a sneaky name to file away for a value draft pick.

These are the Collingwood players on each Panelist’s watchlist right now:

Jimmy: Steele Sidebottom. Honestly, why not?

MJ: I know we’ve still got plenty of question marks about the midfield but I don’t see a world where the inclusion of Dayne Beams creates less midfield time for Adam Treloar. He’s a fantasy star and a proven performer. No fear here!

Rids: Jack Crisp spent a lot of 2018 across half back so should improve on that average in 2019. Hard to see how he doesn’t end up top 10 defender.

Tim: Brodie Grundy has always had the ‘next Dean Cox’ look about him and the past couple of years have shown that come to fruition. No reason he’d go backwards, could be a lock in everyone’s team for a decade.

Fox: Brodie Grundy obviously the lowest hanging branch to pick from, should be owned by up to 70% coaches.

Jimmy: I’m a fan of Brayden Sier and if he can somehow get enough midfield minutes amongst the bigger names, he should get the bigger scores too. Target in keeper leagues and watch his role.

MJ: Has Jordan DeGoey got another gear… I think so!

Rids: Jaidyn Stephenson. Kid will push more up the ground in 2019 as his tank builds. He has a knack of finding the ball and will continue to do so for the next decade.

Tim: Brayden Sier stepped up big time late in 2018 and is on the up and up given the turnaround in his approach to footy. One to watch and expect will stay in the best 22.

Fox: Jaidyn Stephenson averaged 64 SC in his 1st year with 14 of his 22 H&A scores registering less than his 64 average, similar numbers in AF.

Jimmy: Isaac Quaynor is probably the one here if he is named for round one. I’d also keep an eye on if/when Daniel Wells comes back as he could prove a handy Broadbent candidate mid-season.

Rids: Isaac Quaynor. This kid is ready to go. Will play half back and provide plenty of run and carry.

Fox: Nathan Murphy was going to be drafted at pick 6 in the 2017 draft if Jaidyn Stephenson was deemed too risky, surely he gets wheeled out to add to his 2 H&A games in 2019

Jimmy: Tom Phillips is the only recognised wingman in that beast of a midfield so should retain his role without the others impacting him too much. If you think he can nudge his average by ten points, he becomes a genuine option to start as an underpriced premium.

MJ: Dayne Beams has shown whether he’s forward or midfield he can score, I expect him to once again safely go over the 100 if fit.

Rids: Jordan DeGoey doesnt need to do much more to go 90+ across the formats. Watch his role in the JLT.

Tim: Jeremy Howe has been a premium defender or on the cusp of in recent times and will be unique.

Fox: Whilst Jeremy Howe grabs the spot light Jack Crisp may go under the radar, 10 scores of 100+ in SC and a handy 96 average

Jimmy: The fantasy community seems to have just about written off Scott Pendlebury already and in most drafts he will slide further than he should. Will also be every chance to pick up a sneaky mid-season DPP if he plays across half-back or half-forward, and if he plays pure midfield will be a sure thing to average 100+. You can’t lose.

MJ: Tom Langdon was phenomenal in the Grand Final. He’s a much maligned player at times, but he’s got no problems posting the fantasy scores.

Tim: Tom Phillips The Pies have a lot of mids but Phillips is their only locked and loaded winger. Wins the time trial every year and did again this pre-season. Fitness and stats have improved every year and expect they will again.

Fox: James Aish M/F. Hard to believe he averaged more in his 1st year than he has in any of his past 4. He’s surely better than a 71 AF averaging player, maybe a handy late pick if the stars begin to align.