Over the past five seasons, he’s been one of the most consistent and durable defenders in the game. He deserves his place this year in the 50 most relevant.

Jack Crisp started his AFL career as a forward and part-time midfielder At Brisbane. He was traded to Collingwood as part of the first Brisbane & Collingwood trade involving Dayne Beams. At Collingwood, his role shifted to a permanent, tagging position in the midfield. On the more than a few occasions, Crisp not only shut down his opponent but also won more than his fair share of the football.

More recently, Jack’s become a crucial member of the Pies backline. His ability to apply defensive pressure on the ground and beat his man one-on-one has made him the underrated cog of the Pies backline. Standing at 190cm, he can easily intercept in the air and then distribute the ball with his booming left foot.

Last year he averaged 25 possesions, 17 of these were uncontested, three tackles, six score involvements and a career-high six marks per game. From an AFLFantasy perspective, he had a career-best season averaging 97.7. From round 5-20 he had only one score below 84. Across the year Jack posted twelve times over 100, four of these were 120 including a seasonal best 142 against eventual premiers Richmond. It’s an impressive scoring ceiling, but having just three scores below 75 reveals his scoring consistency.

It was a down scoring season for Crisp in SuperCoach, but he still managed to average 88.9 and be ranked 10th for defenders for total points scored. Four times he reached triple digits, all of which were 109 or above. His 2018 numbers for SuperCoach are much stronger averaging just shy of 96 for the year. Ten times he scored 100 or more, with seven of these being above 110.

One thing is sure, despite having a few games sub 60, as a season-long package, Crisp isn’t going to burn you. Since moving to Collingwood, he hasn’t averaged beneath 84 in AFLFantasy/DreamTeam and 82 in SuperCoach.

Everyone plays these fantasy footy games differently. Whether it be starting squad strategies or styles of trading we’re all attempting the same thing. Finish as high as we possibly can in our format of choice. When it comes to the way I play, I look at three critical things with my selection of premium defenders. If I’m spending the big bucks, I want to see scoring consistency, scoring ceiling and durability.

When it comes to durability, he has it in spades. Since moving to Collingwood, he’s played every game of the past five years. It’s incredibly rare to have this level of durability. While this could change entering this year, it should give potential owners high confidence that when you pick him as a premium, you’re getting 22 games from him.

If we were to use the past two seasons (44 games) as our guide, we can see his high ceiling and low scoring basement across all formats.

56% of the time in the past two seasons he scores 90 or higher in AFLFantasy and 31% below 80. For SuperCoach it’s 54% above 90, while just 27% of games he scores under 80. As interesting as that numbers are, it’s his pre and post-bye averages that immediately capture my attention.

All formats off the game present so much value in our backline. Just in the past few days in the 50 Most Relevant, we’ve revealed Tom Doedee and Dan Houston with more to come. Some coaches may be turned off by his price, but for me, in AFLFantasy/DreamTeam that’s what I’m happy to hear.

What I like almost the most about Crisp will be that I anticipate his low ownership will be. Many coaches are already locking in one of Lloyd or Laird (if not both) and then having a Sam Docherty at D3. With the additional forecast low ownership percentage along with his ceiling, durability and consistency, I see nothing but upside for him as a starter. It’s for that reason why in AFLFantasy/DreaTeam I’m currently starting him.

In SuperCoach he presents value if you believe he can get back to his 2018 scoring numbers. Right now he’s an upgrade target for my side.

In AFLFantasy and DreamTeam scoring formats he’ll be among one of the first defenders off the board with Jake Lloyd, Rory Laird and Bachar Houli, the players, selected ahead of him. In these formats, he is a D1 and could be gone as early as the second round. For me, that’s too early though. He shouldn’t be among the top 20-25 players drafted.

In SuperCoach formats he is still a safe D2, but I wouldn’t be opposed to him being your D1 if it meant you were going heavier earlier on through the midfield or forward lines. 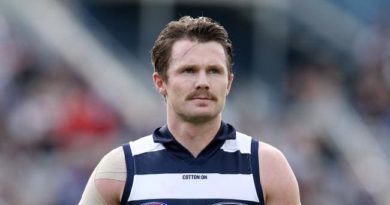 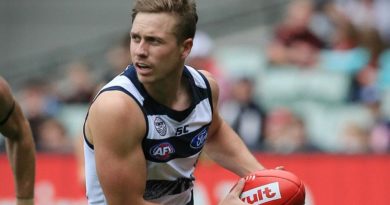 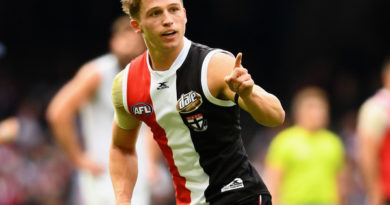